The 2-Series replaces the 1-Series for 2014. Look for an entry-level front-drive vehicle to assume the 1-Series badge in the not-too-distant future. Shown in the background is BMW’s original sporty coupe, the 2002.

DETROIT — Replacing the BMW 1-Series Coupe and Convertible for the 2014 model year is the new 2-Series, which so far comes only in Coupe form. As the company’s entry-level car, it becomes the new spiritual successor to the famed 2002 of the late Sixties, something BMW isn’t shy about promoting.

Appearance-wise, the 2-Series has a more aggressive-looking front end that’s in line with current BMW trends. Ditto for the base powerplant. Trickling down from the larger 3-Series to power the 228i is a turbocharged 240-horsepower 2.0-liter four that replaces a 230-horsepower 3.0-liter six. Meanwhile, the performance-oriented M235i retains the turbocharged 320-hp 3.0-liter six that previously powered the line-topping 135is. Both engines are offered with a no-charge choice of a 6-speed manual transmission or an 8-speed automatic. Although EPA fuel-economy numbers have not yet been released, the larger (and heavier) 328i with the same turbo four as the 228i nets a 24 city/36 highway rating with the automatic, a substantial bump over the old 128i’s 19/28 with automatic. 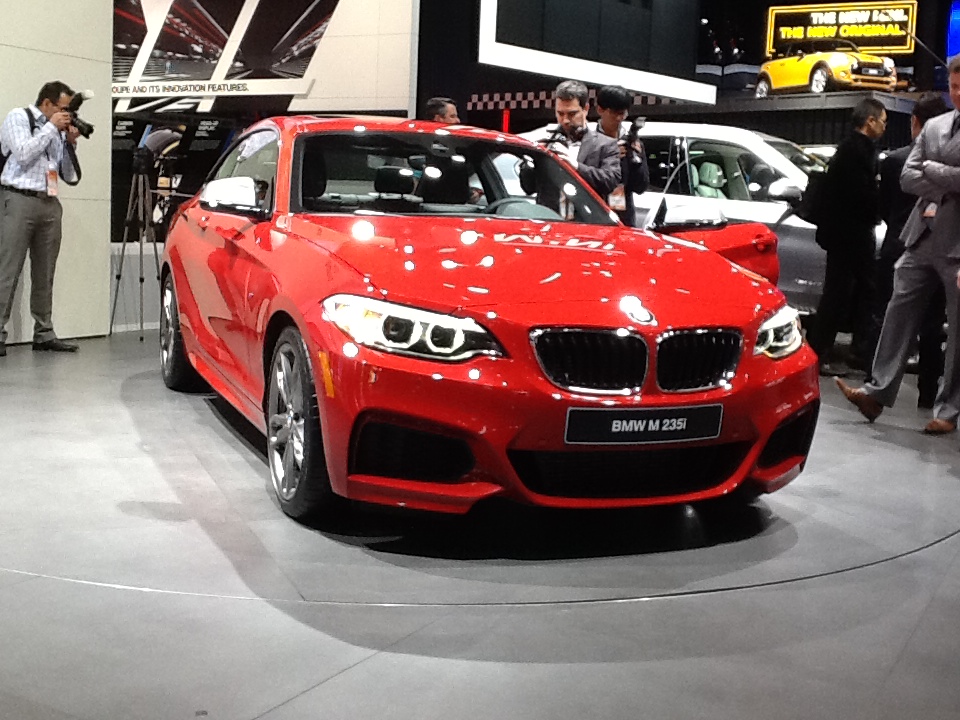 The 235i boasts a turbocharged 320-horsepower inline six.

As much as we liked the old 1-Series, it barely caused a blip in BMW’s sales figures. (Only about 7200 were sold in 2013 vs. nearly 120,000 for the 3-Series.) Whether the 2-Series can change that very much is doubtful, but it remains the least-expensive way to break into the legendary BMW brand.