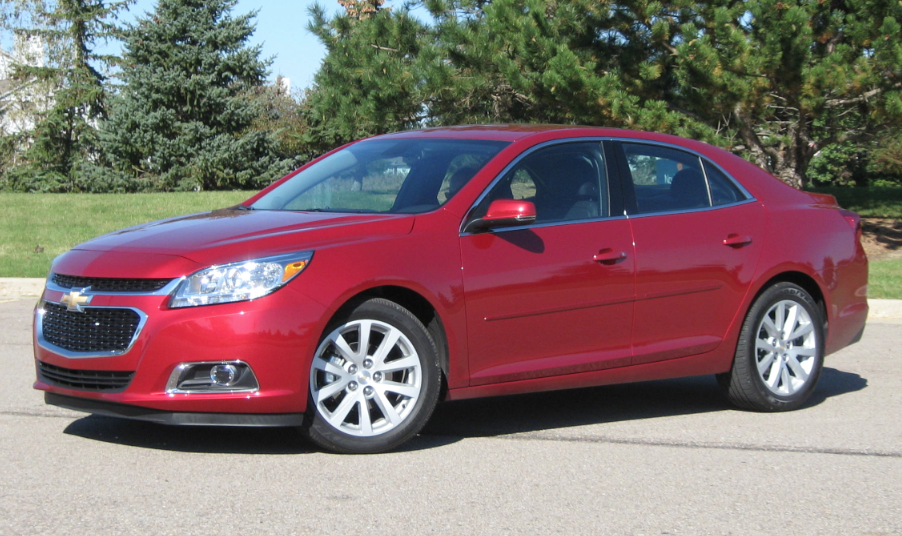 When Chevy’s popular Malibu midsize sedan was redesigned for 2013, it was offered with three engines, all 4-cylinders: a base 197-horspower 2.5-liter, a turbocharged 259-horsepower 2.0 (effectively replacing the former V6), and a 182-horsepower 2.4 with GM’s “mild hybrid” eAssist system for the economy-oriented Eco models.

For 2014, Chevrolet made changes to the base 2.5 that increased its EPA numbers to the point that it made the Eco model superfluous—and thus no longer needed. These changes include variable valve-lift control and, most significantly, a stop/start system that automatically shuts the engine off at stoplights. As a result, the EPA numbers jumped to 25/36—the same city rating as the eAssist model, and just 1 mpg lower on the highway rating. Other revisions for the model year include a restyled “face,” changes to the front and rear seats that result in about an inch more rear legroom, and newly available features including text to voice, Blind Spot alert, and Cross Traffic alert.

A few other traditional gas vehicles now use stop/start for city fuel-economy improvements, but these systems are different than those that have long been used on hybrid vehicles. Whereas hybrids use their large electric motor to restart the engine, the new crop of stop/start systems use the engine’s normal—and much less powerful—starter motor. That often results in slower and much more noticeable restarts, some systems emitting a distinct (and rather unseemly) shudder when both stopping and starting.

We’ve had a couple of opportunities to test Chevy’s stop/start system on the new Malibu, and we’ve come away impressed. Not only is the system unusually quick and smooth in operation, but one test in which we were able to measure fuel economy indicated that the stop/start system—along with the other engine improvements—indeed helped save fuel. 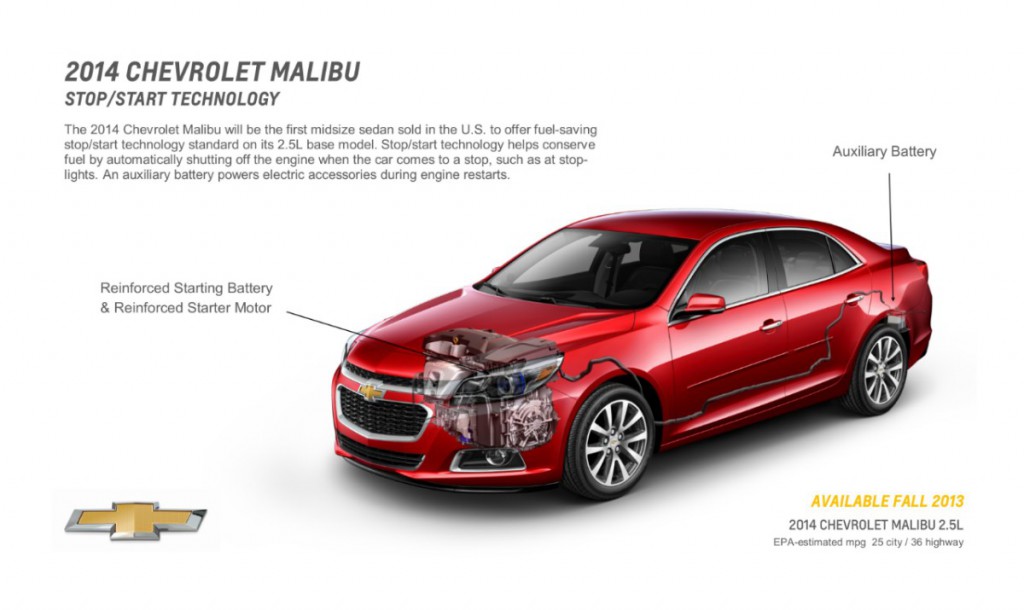 In tests of 2013 Malibus, one with the base 2.5 netted 26.5 mpg, while one with eAssist got 29.4—both coming in an even mix of city/highway driving. Those numbers almost exactly reflect the difference in the EPA figures.

Although our Arizona test of the 2014 Chevrolet Malibu 2.5 consisted of mostly city driving—which lowers the average—we still managed 27.6 mpg: 1.1 mpg better than in the 2013 version. Furthermore, the price difference between the 2013 and 2014 models with the 2.5 is negligible (and easily attributable to inflation), so the fuel-economy benefit essentially comes free.

The midsize sedan class is exceptionally competitive, as evidenced by the fact it hosts the two best-selling cars in the land: the Toyota Camry and Honda Accord. Chevy’s Malibu has recently been running in sixth place behind the Nissan Altima, Ford Fusion, and Hyundai Sonata, and Chevy is hoping the changes for 2014 increase its popularity, and maybe even its ranking.

We drive the 2014 Malibu Turbo