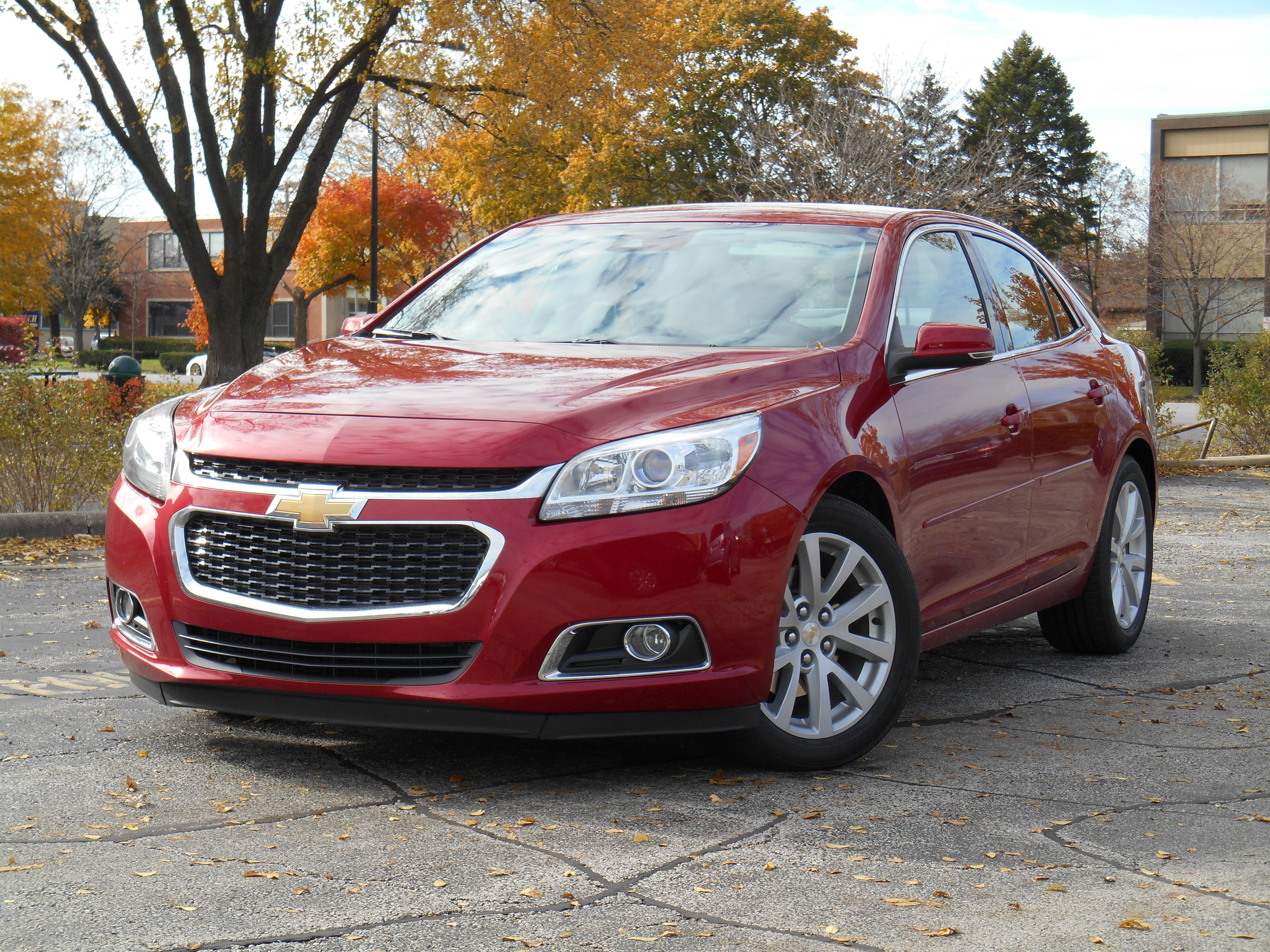 The not so good: Cramped rear seat

Because of the sales volumes at stake, success in the midsize-sedan class is crucial to manufacturers. The competition is cutthroat, and the segment abounds with top-rate contenders that are often so close in overall “goodness” that choosing between them often boils down to one’s personal taste. In a category like this, small details start to matter a lot, and the 2014 Chevrolet Malibu has a couple of niggling ergonomic issues that really annoyed me.

The ignition switch juts out from the steering column at a sharp angle toward the interior. I suppose this makes it marginally easier to put the key in the ignition, but it also means that the key fob is sticking out right where my right knee usually rests. I was frequently bumping the key with my knee. (If you’re tall like me, you’ll want to pony up for push-button starting.) The Bluetooth system was especially slow to connect, and despite the fact that I was listening to audio off of my smartphone when I shut the car off, the system would always revert to a radio station when I restarted the car, forcing me to reselect Bluetooth from the audio menu. Most other Bluetooth-equipped vehicles don’t require this step. 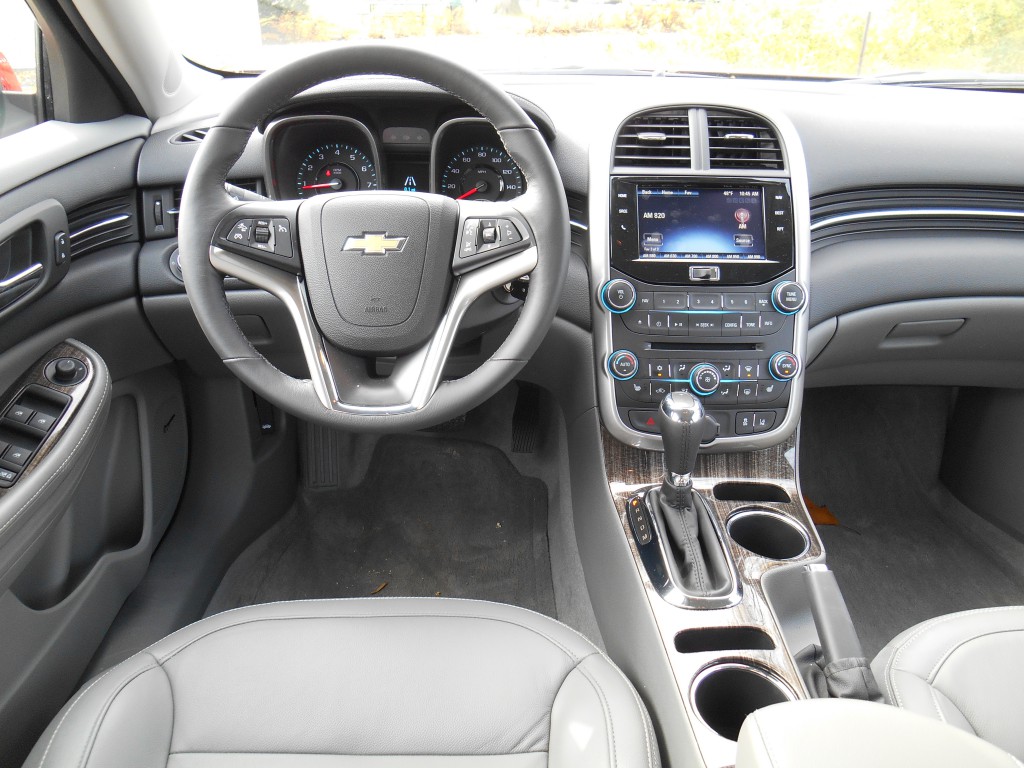 Damon and Tom agree, if you’re in the front seat, the Malibu cabin is a pretty nice place to spend time.

A not-so-nitpicky issue is the Malibu’s tight rear-seat space…this was of the main reasons Chevrolet chose to give the Malibu a hasty update for 2014. The front and rear seats were revamped to free up another 1.25 inches of leg room, but Malibu still can’t match most of its class competition here.

The Malibu is certainly not without its charms, however. The 259-horsepower 2.0-liter turbocharged four-cylinder feels smooth and strong, with enough juice to provide comfortably quick acceleration in most driving situations. The motor whirs noticeably in fast acceleration, but Malibu is still one of the quietest cars in the class. Wind and road noise are exceptionally well controlled.

The Mazda 6 and the Honda Accord nail the big and small details better in my book… but your personal tastes may vary.

For almost precisely the current average transaction price of a new vehicle, you can get yourself into a nicely equipped (though not loaded) 2014 Chevrolet Malibu Turbo. And, there are a number of good reasons you might want to do so.

Like the smaller Chevrolet Cruze, Malibu is refined for the class, and boasts a silky drivetrain and surprisingly pleasant cabin.

As part of a 2013 redesign of the Malibu, Chevrolet excised the sedan’s V6, replacing it with a turbocharged 4-cylinder. I am please to report the 2.0-liter turbo, good for a reported 259 horsepower, feels about as strong as the departed V6, and might actually be smoother. Very much in the vein of Ford’s EcoBoost engines, power delivery is immediate, and throttle response sharp.

As for the cabin, as long as you’re up front, you’re golden. Drivers enjoy plenty of leg and headroom, and visibility to all four corners is good. Interior appointments approach luxury level, and everything appears well assembled. The low-glow running lights that trim the dash and overhead console become visible as the sun sets, and add a decidedly classy feel to the cabin.

Equally sublime is the ride, which is impressive for the class. Most road imperfections are absorbed with dismissible ease, and even larger bumps and ruts are handled with grace. Noise levels are likewise muted, even at highway speeds.

So what’s the rub? Malibu, like Cruze, runs a serious deficit versus class competitors in the category of rear-seat space. If you never plan to haul anyone larger than your pre-high schoolers, no problem. But Malibu’s lack of four-adult space is a serious demerit in this crowded vehicle class.

So, for the price of an average car you can buy a very nice Malibu, a car that offers above average power and refinement, and below average passenger space.

For more information on the 2014 Chevrolet Malibu, click here.