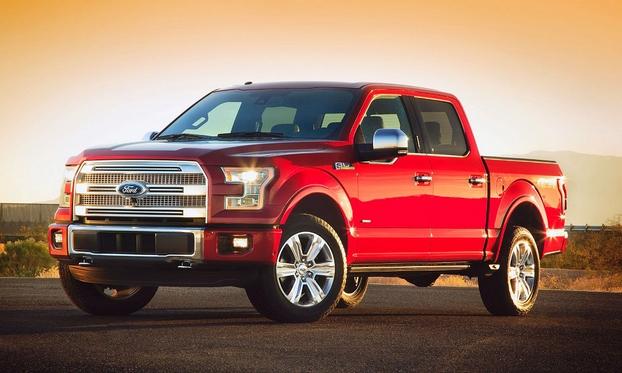 DETROIT – On the heels of all-new Chevrolet and GMC pickups, and substantially freshened Ram and Toyota trucks, Ford introduces the redesigned 2015 F-150.

The big news is the maker’s switch to aluminum body panels, a move which Ford claims will lower the F-150’s curb weight by as much as 700 pounds, depending on body type. Ford claims the new body panels are more dent resistant than the steel panels they replace. 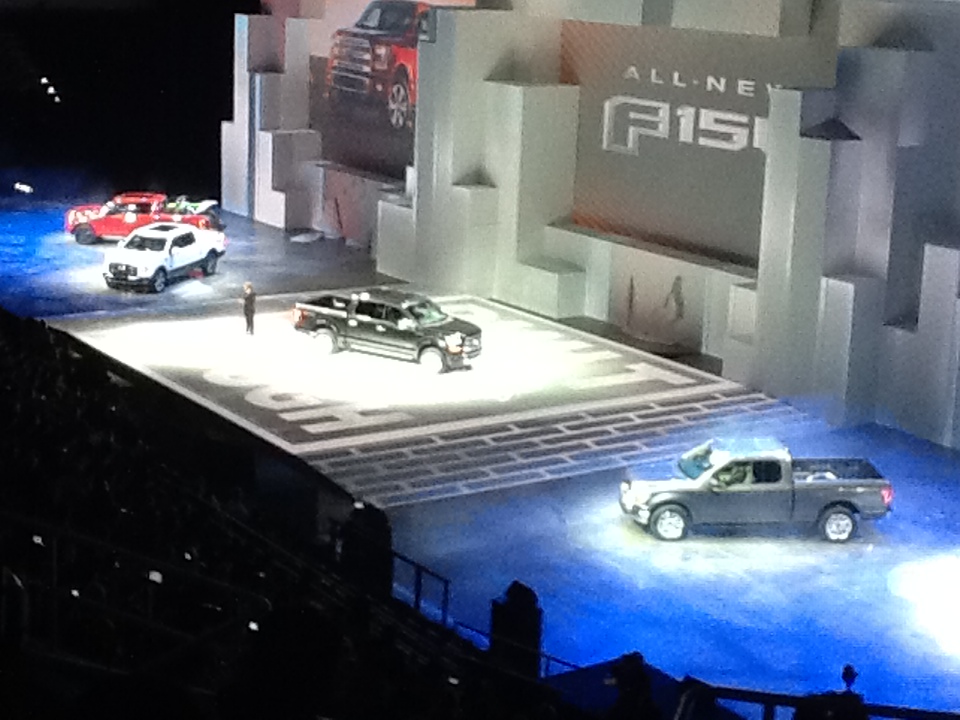 Ford is quick to add that the F-150’s frame remains largely constructed of high-strength steel, and that it has been additionally stiffened for 2015.

A new EcoBoost engine is available for 2015. The turbocharged 2.7-liter V6 will feature fuel-conserving stop/start technology and will likely replace the conventional 3.7-liter V6 as the standard engine in most models. Ford is not yet discussing specific fuel-economy ratings, but suggests that the improvements will be substantial.

Returning are XL, XLT, Lariat, Platinum, and King Ranch trim levels, most of which will be available with either a Chrome or Sport Appearance Package. Pricing information is not yet available. Expect to see the new F-150 in showrooms later this year.

If you can’t make them smaller, at least make them lighter—that seems to be Ford’s tack on its redesigned best seller. It’s hard to challenge the logic. If Ford can cost effectively shed nearly half a ton of weight without compromising utility, our hats are off to them.

The real proof comes when the numbers are released, but it’s hard to imagine that the final EPA ratings won’t impress. We love a good dogfight, and it seems like the pickup wars are getting hotter than ever. If the outcome is more efficient big pickups, everyone wins.