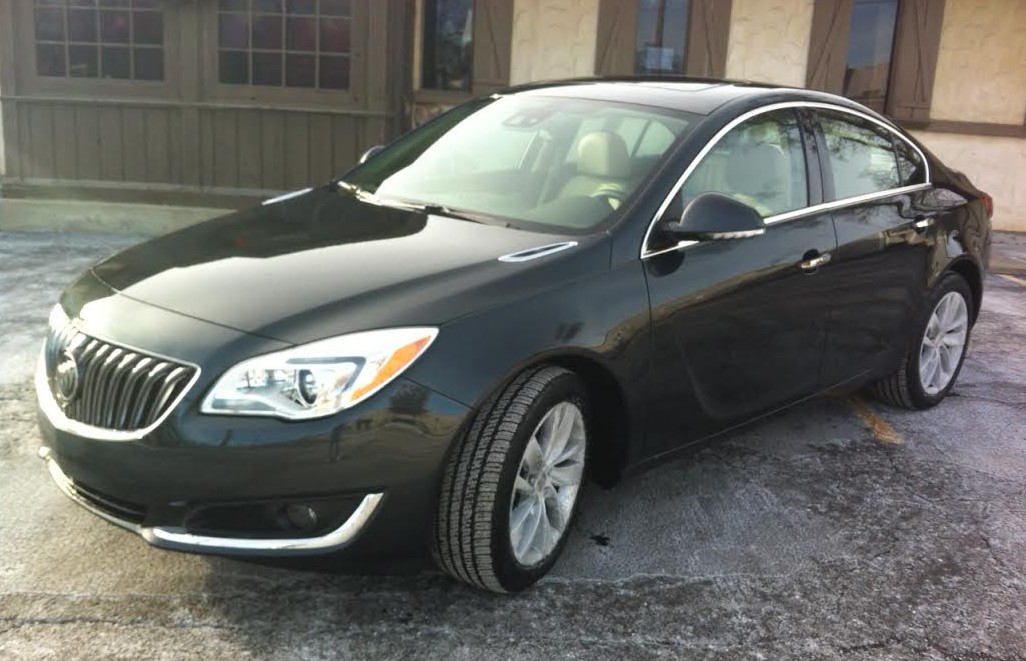 The not so good: Fussy controls, cramped rear seat

For years, American car builders were chided for not being able to build decently refined and efficient 4-cylinder cars. Look back but a design generation or two, and you’ll see that most domestic midsize vehicles did the bulk of their business in V6 trim (think Chevrolet Impala and Ford Taurus) while Japanese makers like Honda and Toyota installed V6 engines only in the topline versions of their popular midsize Accord and Camry sedans.

Back to the present, it is only Chrysler among the domestic car builders that still makes a V6 engine available in a non-luxury midsize sedan. But, shop for a Chevrolet Malibu, Ford Fusion, or the Regal we’re about to discuss, and you’re looking at an all-four-cylinder lineup.

Like the other vehicles just mentioned, Regal has been made available with a turbocharged 4-cylinder engine in lieu of an available line-topping V6 powerplant. The big news for 2014 is that a turbo four is the standard Regal engine.

Rated at 259 horsepower, Regal’s turbocharged 2.0-liter engine indeed feels like a V6 engine of at least three liters. Power comes on smoothly and immediately, and builds predictably as revs climb. There’s no turbo lag, or turbo whine, just good, drama-free power. Some testers have suggested that the power comes on a little too drama free, and that a little full-throttle exhaust sound might spice things up. 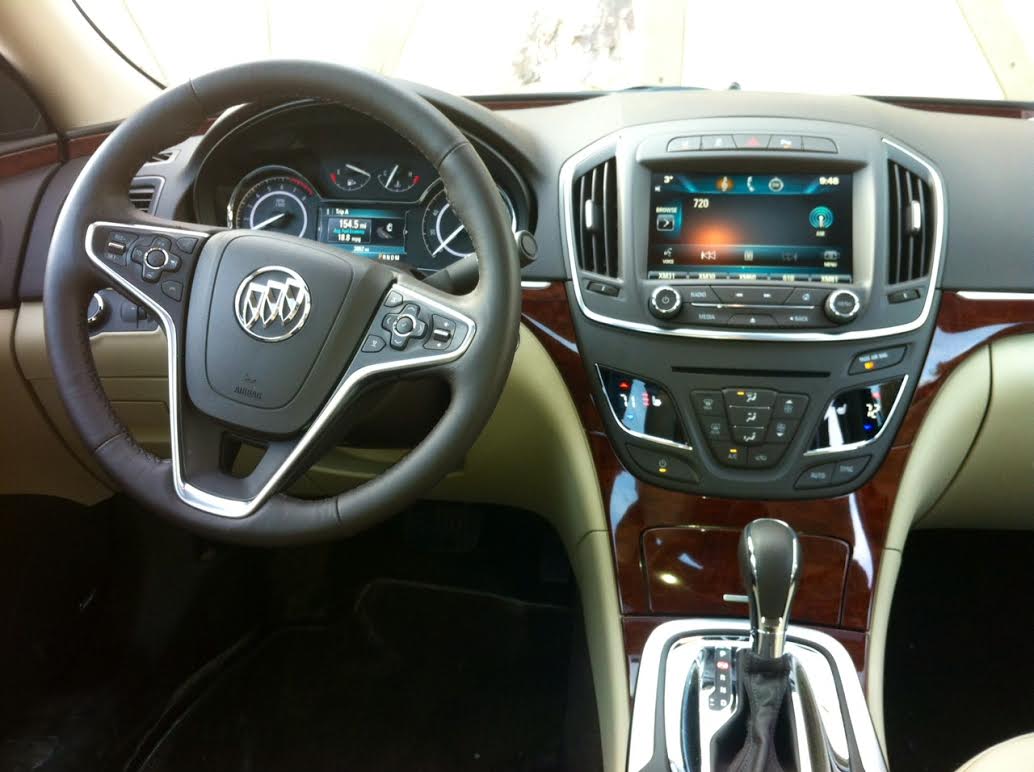 We’re fans of Regal’s luxurious cabin, but a little put off my the less-than-intuitive control interface.

Our well-equipped tester came to $40,445. That’s for an all-wheel-drive Premium II model with both Driver Confidence Packages and the sunroof. Base and Premium models are also available, starting as low as $30,615, including destination. Folks looking for a little edgier ride are encouraged to look at the more extroverted GS model which comes with a sport suspension, uprated brakes, and a number of other driver-engagement features for a starting price of $37,830. Note that Premium I models can still be had with the eAssist mild-hybrid drivetrain. Note also that only GS models can be had with the available 6-speed manual transmission.

In keeping with Buick’s recent focus on cabin quietness, Regal is among the most serene midsize sedans now on the market. Noise that is heard, like the muted growl of the engine under throttle, or the patter of the tires over rougher road surfaces, is most appreciated. There simply is no wind noise.

Underway, Regal’s default nature is surprisingly sporty. Steering is quick and accurate, the brakes feel sure and direct, and there’s only modest lean in corners. The ride is comfortable without softness. The suspension does a deft job of filtering out most road imperfections, while communicating the most egregious surface bumps without any harshness.

The cabin itself feels like a well-calculated blend of executive-office design and expensive lounge-chair comfort. Indeed, the only complaint I might register about the cabin would have to do with the controls. The now industry-ubiquitous blend of tactile and digital controls seems to complicate actions that were at one time much simpler. Regal isn’t the worst offender in this case, but I still think it should be easier to flip between the AM and FM bands.

The single greatest charge against the Regal remains an issue for 2014, and that’s the cramped rear seat. Thought of as a coupe with emergency seating, Regal makes more sense, but folks seeking regular conveyance for more than two adults would do well to look elsewhere.

Finally comes the question of Value. Post-bankruptcy Buick has positioned itself as a near-luxury brand, though some of its products are more aggressively priced than others. In the case of the Regal, we find that base and topline sport model prices align very closely with the Audi A4 and Volvo S60—both entry luxury models themselves, and both available with all-wheel drive.

Compared to the mechanically similar 2014 Chevrolet Malibu Turbo Consumer Guide recently tested, our Regal costs about $9000 more, but includes a host of additional safety equipment, a sunroof, and AWD.

For the fast-tracking middle manager looking for real luxury and to keep a low profile, Regal is worth a serious look. Empty nesters might want to take a look, too.