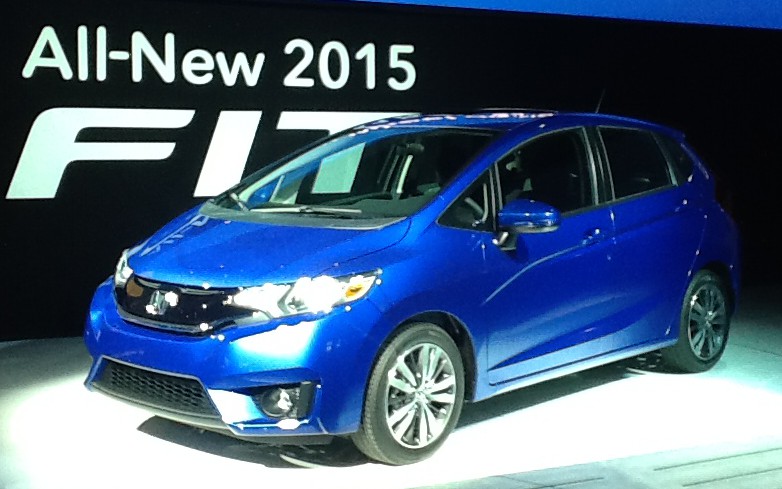 DETROIT — Honda’s smallest four-door U.S. offering is redesigned for 2015, picking up extra cabin space and a few horsepower in the process.

The big news is that 2015 Fit production moves to Mexico from Japan, easing exchange-rate pressures that had kept production low and prices on the high side for the class.

For ’15 the Fit is shortened fractionally, but designers found a way to carve out some additional cabin space.

A 1.5-liter 4-cylinder engine returns under the hood, but is now rated at 130 horsepower, a bump of 13 over the previous generation. Available are a 6-speed manual or CVT automatic transmission.

Not unlike the Chevrolet Spark’s system, the new Fit features a center-screen capable of hosting a smart-phone-driven navigation system. A $60 app essentially replaces the traditional $1500 factory navigation system.

We’ve long been fans of Honda’s spacious little subcompact, delighting in its sporty, thrifty nature, yet put off by highway noise levels and cheap-looking cabin appointments.

The market has moved since the first Fit reached U.S. shores back in late 2006. Cars like the Chevrolet Sonic and Hyundai Accent have redefined small-car refinement.

That said, we’re looking for the new Fit to challenge the best in class. North American production should help keep costs in line, meaning Honda can spend a little more on making Fit’s cabin a more pleasant place to spend time.