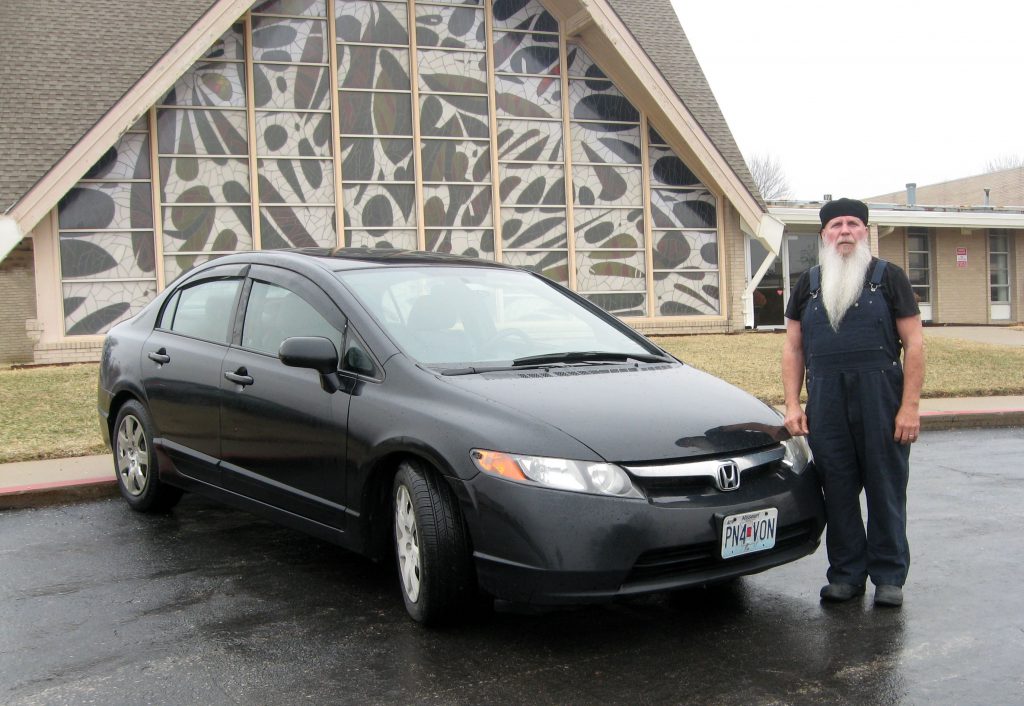 One of the best perks of my job is visiting on-air with WGN radio host Nick Digilio as a guest of The Nick Digilio Show. A fixture of Chicago overnight radio, Nick’s show is a late-night entertainment oasis in a sea of repetitive news, pre-recorded political blather, and infomercials.

Where Have All the Colors Gone? A Car Dealer Explains…

Nick is a movie critic, horror-film buff, and pop-culture junkie, and his show reflects his irreverent take on media, news, and life in general. Mostly the show is just funny. Expectedly, The Nick Digilio Show audience draws from a wide base, and includes third-shifters, film lovers, insomniacs, and long-haul truck drivers. For those who keep more conventional hours, the show is also very popular as a podcast. 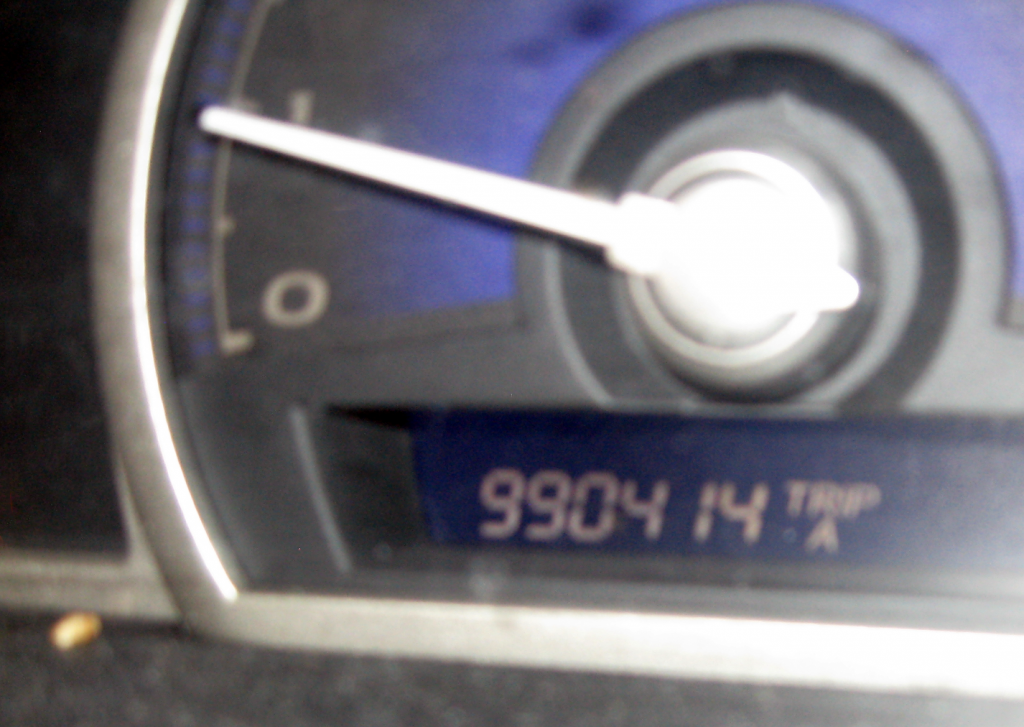 Doc has accrued another 2000 miles since this photo was taken. He expects to cross the million-mile threshold by March.

The folks who call into the show when I visit with Nick typically ask questions about cars and trucks they might want to purchase. However, that’s not why “Doc” called.

Darrell “Doc” Gould is a regular Nick Digilio Show listener, and a frequent caller. While Doc has chimed in on a number of topics over the years, his question for me during my most recent appearance on the show was unexpected: “Do you think Honda would want to know that I have put a million miles on my Civic?” “Yes,” I responded, “I bet Honda would.”

It took a couple of weeks for Doc and I to find time to talk, but I learned quickly that he is exactly the kind of guy you would expect to own a Honda Civic with nearly a million miles on the odometer—and/or listen to late-night radio.

In many ways, Doc’s personal story is more interesting than that of his high-mileage Civic. Imagine a news article about Teddy Roosevelt winning the Little Lotto, or George Washington Carver earning a safe-driving discount, and you get the idea.

By his own count, Doc has held 45 full- and part-time jobs over the course of his 65 years on the planet. His career accomplishments include having launched and sold a successful tropical-fish business while in high school, mystery shopping fast-food chicken restaurants, and—this is where the Civic comes in—working as a bonded courier.

Over the years, Doc has delivered medication, sensitive paperwork, and the occasional human organ; he spent some time delivering pizzas as well. These days, Doc is a contract driver for BeavEx, a logistics and delivery company that is probably one of the biggest businesses you’ve never heard of.

Doc estimates that he drives about 4000 miles a week, currently splitting the mileage between his Honda Civic and a 2009 Honda Odyssey minivan he uses for larger loads. He spends much of his time driving a route that takes him from his home near Kansas City, Missouri, to St. Louis and Des Moines, Iowa. Doc prefers long hauls to short trips, and claims that quick naps—no more than 20 minutes—are key to keeping fresh on extended-length delivery trips.

As for his Civic, it’s a 2008 automatic sedan, and it’s the only car Doc has ever purchased new. Regarding the car’s longevity, Doc has a couple things to say about maintenance: “Find a dealership you trust, and do the work they tell you to do. Don’t be too cheap to do the maintenance.” 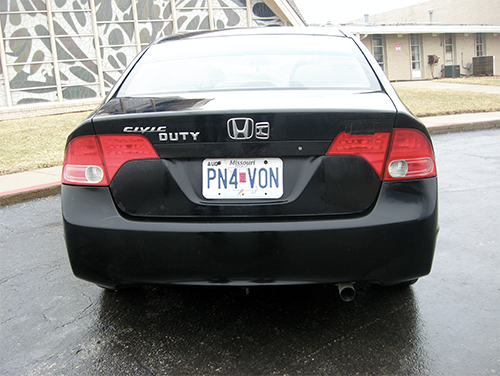 Doc’s Civic is in surprisingly good condition, and is wearing well considering the number of miles it has covered.

Virtually all of the service and repair work the Civic has needed has been performed in Missouri by Honda of Tiffany Springs—which Doc describes as “the best pit crew in town.” Doc has kept a meticulous record of all the work his Civic has received over the years, and it’s telling to pore through. His records include a number of brake repairs, some suspension work, a few engine seals, and, most significantly, a transmission replacement at around half a million miles.

The engine, however, has never been replaced, nor has it required significant repair. Doc believes his commitment to using only synthetic oil may have helped extend the engine’s life. He reports that the Civic, now with 992,540 miles on the odometer, feels pretty much like new. Doc expects to cross the million-mile barrier sometime in the next couple of weeks.

On the open road, Doc sees about 38 mpg, down from an average of around 42 mpg when the Civic was newer. As for keeping entertained on the road, Doc enjoys the aforementioned Nick Digilio Show, the Patti Vasquez Show (which precedes Nick’s show on WGN), and listening to music.

As for other vehicles, Doc previously owned a ’96 Honda Del Sol (which he sold with just under 500,000 miles on the odometer), and his Odyssey is pushing 225,000 miles. Though he’s not a car guy in the traditional sense, it’s worth noting that Doc’s first car was a 1961 Chevrolet Corvair, a gift from his grandfather.

Once it’s over the million-mile mark, Doc would love to swap Honda his loyal Civic for a new one, but realizes that may not be in the cards. Doc says, “If Honda doesn’t want my car I guess I’ll just keep driving it. It runs great.” 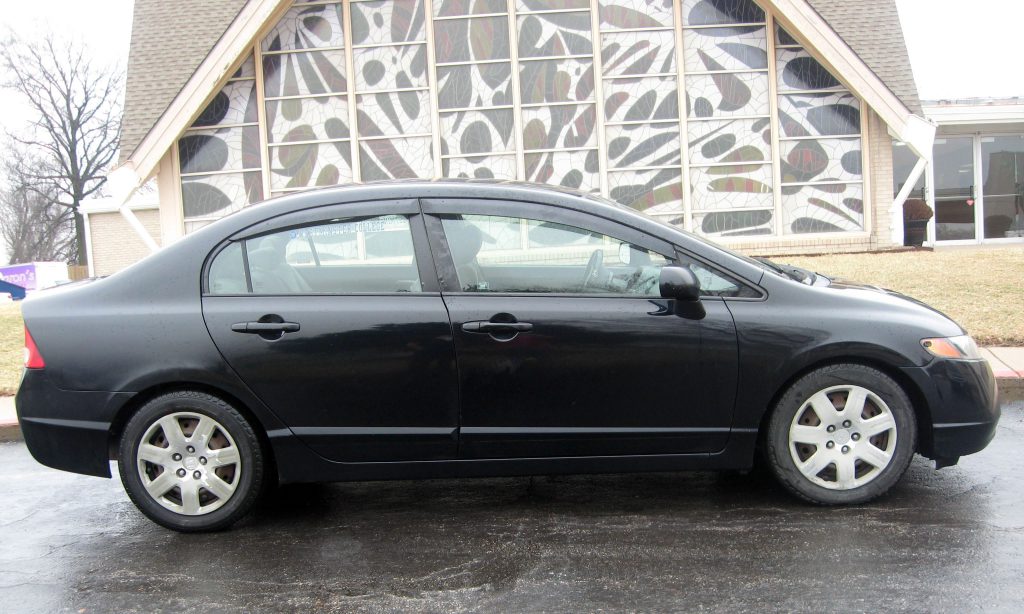 Doc has no plans to replace his million-mile Civic, unless Honda wants swap him for a new one.