The recently introduced 10th generation of Honda’s popular compact-car lineup is set to expand soon, as Honda unveiled the production version of its soon-to-arrive Civic Coupe at the 2015 Los Angeles Auto Show. Naturally, the new Civic Coupe shares the enhancements and features of its recently introduced sedan counterpart (you can read our Civic sedan First Spin report here), but wears a sleek, fastback-shaped two-door-coupe body.

Like the Civic sedan, the Civic Coupe will offer a choice of two powerplants: a 158-horsepower 2.0-liter 4-cylinder or a 174-hp turbocharged 1.5-liter four. 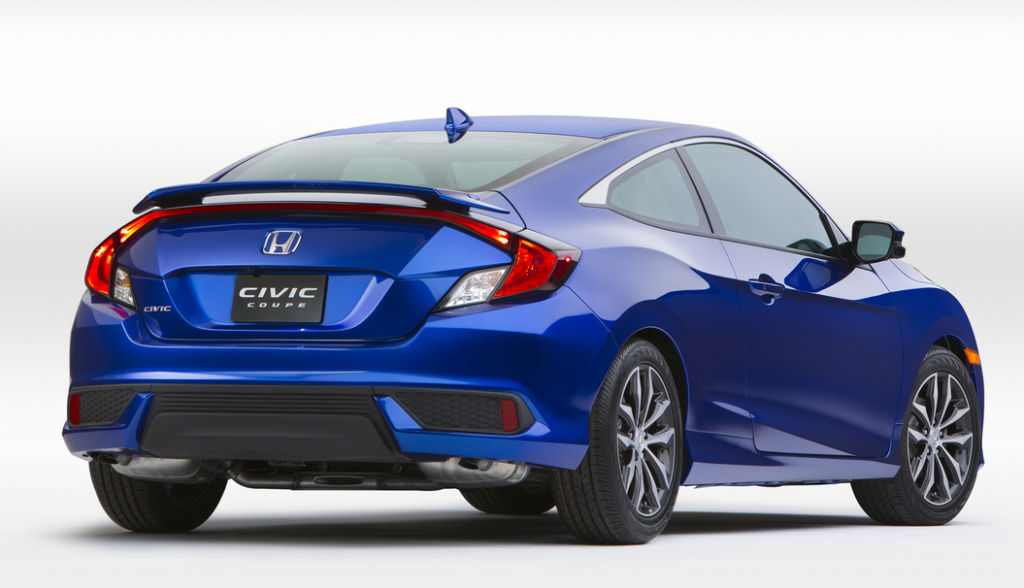 Despite the swoopy new body shape, the Civic Coupe’s interior space is increased by 8.4 cubic feet and rear-seat legroom grows by more than 5 inches compared to the previous Civic Coupe.

The Civic Coupe is set to go on sale in March 2016. A 4-door hatchback body style—and high-performance Si and Type-R models—are set to join the Civic lineup later in the 2016 calendar year and into the first half of 2017.

The Honda Civic is one of the few compact cars that’s still available in a true two-door coupe body style, and we’re happy to see Honda continue the tradition. No, it’s not as practical as the typical compact hatchback or four-door sedan, and that’s fine with us. Clearly, Honda continues to find a sufficient number of buyers who favor a bit of sporty sleekness in their workaday compacts.