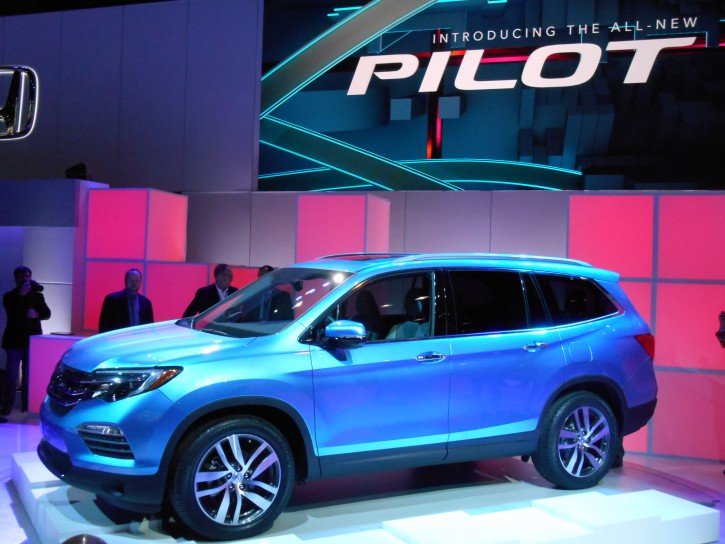 Honda unveiled the long-awaited third generation of its midsize three-row SUV at the 2015 Chicago Auto Show. The 2016 Honda Pilot is redesigned with a slightly sleeker, more aerodynamic look than its boxy predecessor, and a host of new safety, convenience, and technology features.

Under the hood is an all-new direct-injection 3.5-liter V6 mated to a 6-speed automatic transmission or, on higher-end models, a 9-speed automatic (Honda’s first). Honda didn’t reveal a horsepower estimate for the new engine, but claimed that the new Pilot will be 300 pounds lighter than the previous model. Either front-wheel drive or a new, more-efficient all-wheel-drive system will be available.

The 2016 Pilot is slated to go on sale this summer.

A redesigned Honda Pilot is big news. The long-serving 2009-2015 generation was feeling a bit dated compared to newer-design rivals. The new Pilot departs from the model’s tradition by ditching the boxy body design for the sleeker look favored by most new crossover SUVs. It gives up a bit of individuality in the process, but the 2016 Pilot nevertheless looks poised for marketplace success. Stay tuned for a full drive report this summer.