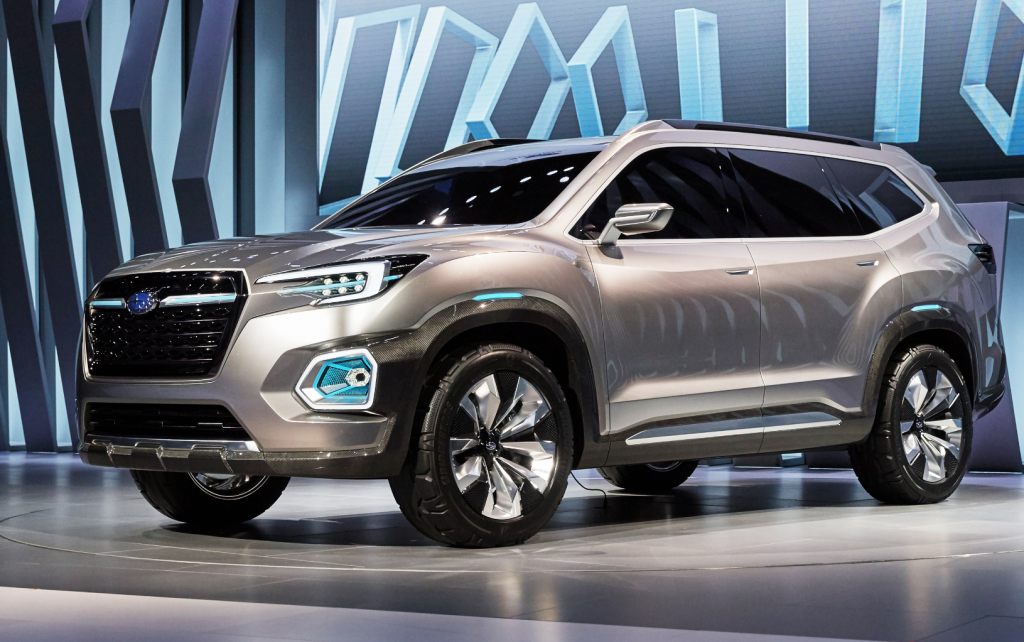 LOS ANGELES—Subaru is currently in the process of developing a new three-row, 7-passenger midsize SUV that is slated to hit the market in early 2018. The company dropped a few hints about what that SUV will look like at the 2016 Los Angeles Auto Show. 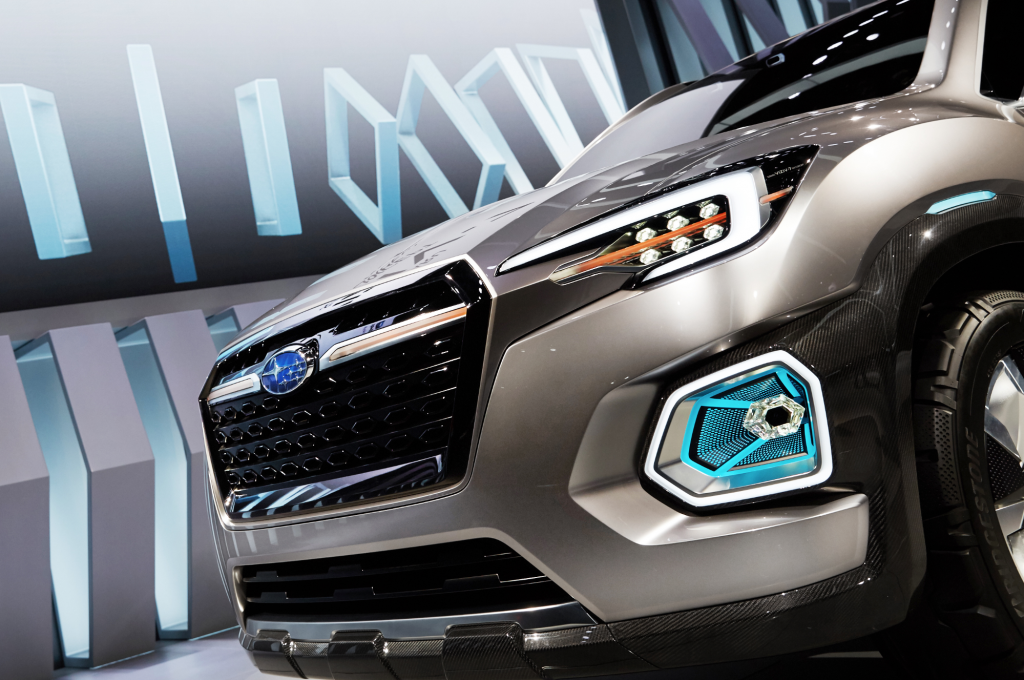 The Subaru VIZIV-7 SUV Concept (the VIZIV monicker is derived from “Vision for Innovation”) picks up some of its basic design language from the latest Impreza and Legacy models, and blows them up to hefty midsize SUV proportions.

Subaru didn’t provide any details about powertrains or technology features, but did supply some specs on the VIZIV-7’s dimensions—which we assume will carry over for the most part to the forthcoming production SUV. With a wheelbase of 117.7 inches, an overall length of 204.7 inches, and a width of 79.9 inches, the VIZIV-7 is notably larger than midsize-SUV favorites such as the Honda Pilot, Hyundai Santa Fe, and Toyota Highlander—which are around 194 inches long on wheelbases of around 110 inches. In fact, the VIZIV-7 is even a bit longer and wider than the Dodge Durango, which we categorize as a large SUV. 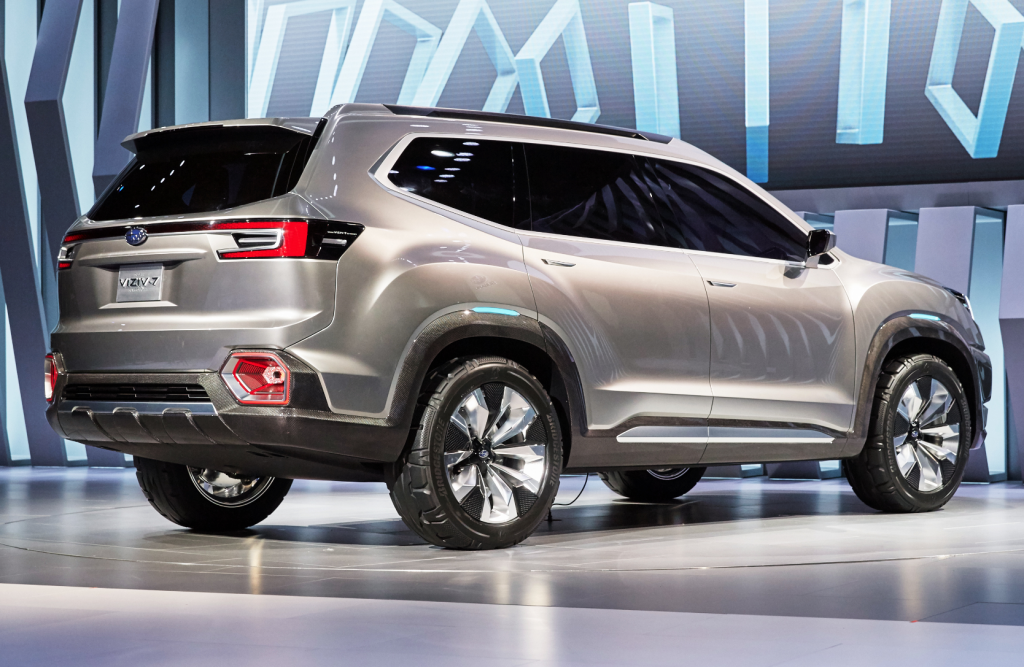 Color us intrigued…the VIZIV-7 Concept indicates that Subaru is really planning to go big with its forthcoming midsize SUV. We’re curious to see what sort of powerplant Subaru will offer in the production version, and what other new features might be in the works. Subaru’s last three-row midsize crossover SUV—the Tribeca—was something of a sales flop that never quite connected with mainstream SUV shoppers. The production version of the VIZIV-7, whatever it might be called, has the opportunity to carve out a market niche where the Tribeca couldn’t.