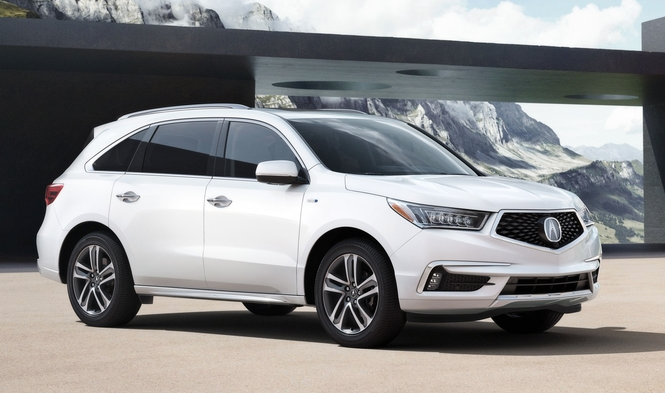 The MDX Sport Hybrid is powered by a 3.0-liter V6 engine paired to a 7-speed dual-clutch automated-manual transmission with an integrated electric motor powering the front wheels; a Twin Motor Unit with two electric motors powers the rear wheels. The system delivers electrified torque vectoring for improved cornering performance. Total horsepower output is 325, an increase of 35 hp over the regular MDX, and fuel-economy estimates are 25 mpg city/26 highway/26 combined—that’s an increase of 7 mpg in city driving over the non-hybrid all-wheel-drive MDX. 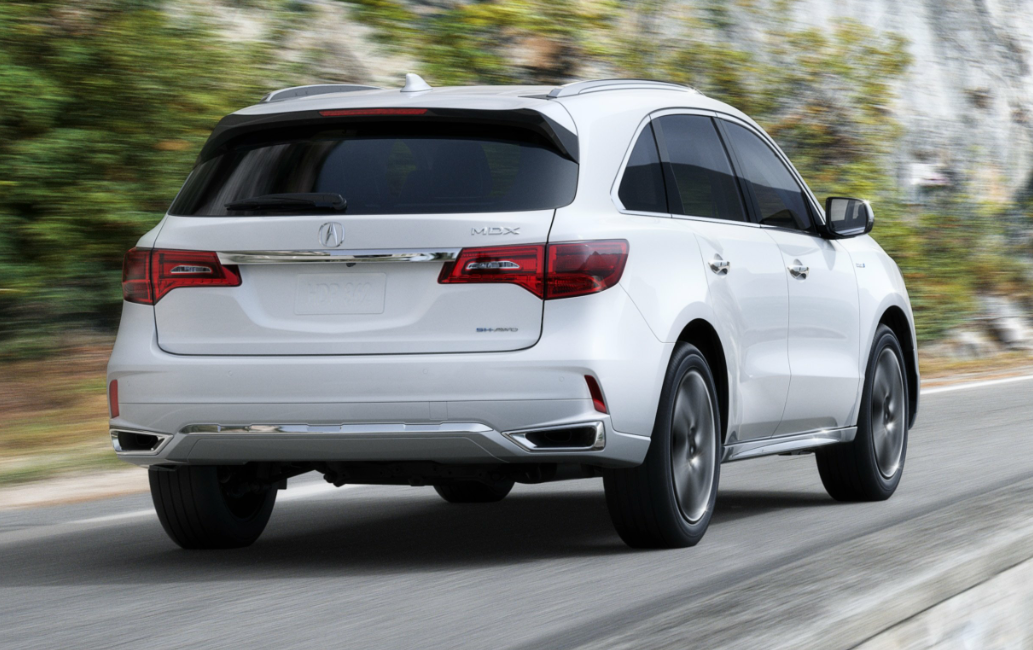 The 2017 Acura MDX is slated to go on sale this summer, with the Sport Hybrid model following later in the year.

If there was a question as to how long it would take for the Acura Precision Concept’s styling themes to start showing up in production Acuras, the answer is “not long at all.” We’re not sure that the new grille is a big improvement over the old one, but the rest of the 2017 MDX’s enhancements are more than welcome. It’s great to see Acura step up by making all its high-tech safety features standard, and the new Sport Hybrid model promises to deliver a compelling blend of performance and economy.

Why the Acura MDX is a Consumer Guide Best Buy