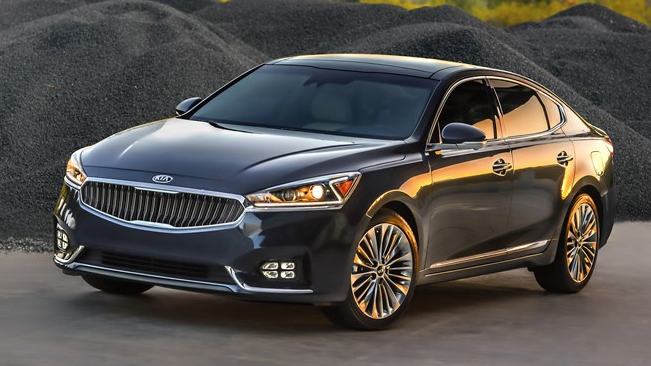 Kia pulled the wraps off an all-new second-generation of its upscale large sedan at the 2016 New York Auto Show. The 2017 Kia Cadenza boasts a long list of incremental improvements and fresh exterior styling.

The Cadenza’s dimensions change only marginally compared to the previous generation; it’s a bit lower and wider, and the wheelbase has been stretched slightly to increase rear legroom by about a half an inch. Kia says structural stiffness has been increased by more than 35 percent, and the overall structure is lighter thanks to increased use of aluminum components. 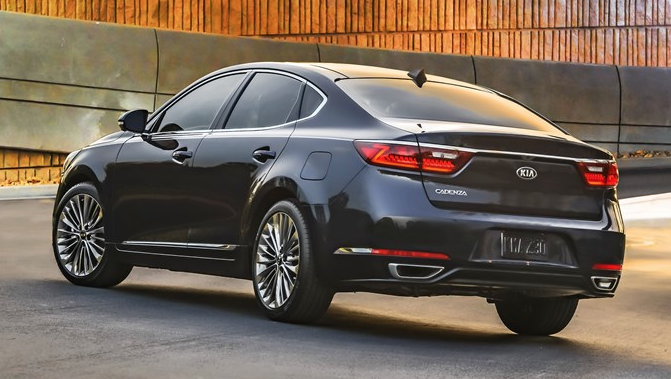 The 3.3-liter V6 will produce an estimated 290 horsepower and is paired with Kia’s first front-wheel-drive-based 8-speed automatic transmission. Kia didn’t mention fuel-economy numbers, but they’re sure to be better than the outgoing model.

Highlights of the Cadenza’s new look include Z-shaped lighting signatures on the headlights and LED taillights, and a longer roofline. Two different grilles in the Kia-signature “tiger-nose” motif will be available: a concave “Diamond Butterfly” grille on lower trim levels has a 3D pattern similar to other Kias, and an “Intaglio” grille on higher-line models features unique vertically oriented faceted blades.

The new Cadenza is attractive enough, but it doesn’t quite hit a design home run in our book—especially in light of the breathtaking concept vehicles Kia has been cranking out over the past few years. We’re not seeing any major trump cards in the new Cadenza’s technical specs or available features either, but if Kia comes in with competitive pricing, the 2017 Cadenza could be a compelling alternative to rivals like the Chevrolet Impala, Toyota Avalon, and the handsome new Buick LaCrosse.