Nissan redesigned its full-size pickup last year, which was introduced as the “heavy half-ton” Titan XD with a class-exclusive diesel engine. At the New York Auto Show, the company debuted its gas-powered sibling, due to go on sale this summer as a 2017 model. 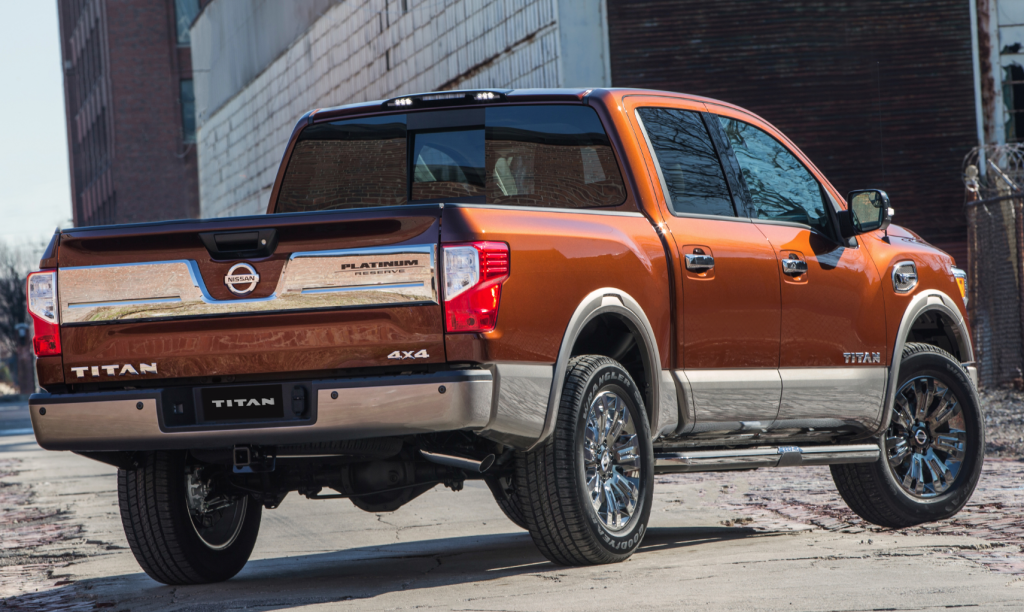 Titans will be available in Single Cab, King Cab (extended cab), and Crew Cab versions with available bed lengths of 5.5, 6.5, and 8 feet. All will be powered by Nissan’s Endurance 5.6-liter V8 rated at 390 horsepower mated to a 7-speed automatic transmission.

Although it looks nearly the same as the heavier-duty diesel-powered Titan XD — which will add a gas version later — the new lighter-duty Titan is built on a unique chassis (Nissan says even the lug nuts are different) and will be more than a foot shorter. The same five trim levels will be offered: S, SV, PRO-4X, SL, and Platinum Reserve.

Between its diesel and new gas versions, the Titan/Titan XD “stakes out a unique position in the full-size truck segment between traditional heavy-duty and light-duty entries,” says Nissan.

Titan had run a distant last in the full-size pickup race, but the redesigned version has garnered some impressive awards. This news is hardly groundbreaking, but it does open up the Titan’s goodness to a greater number of buyers.