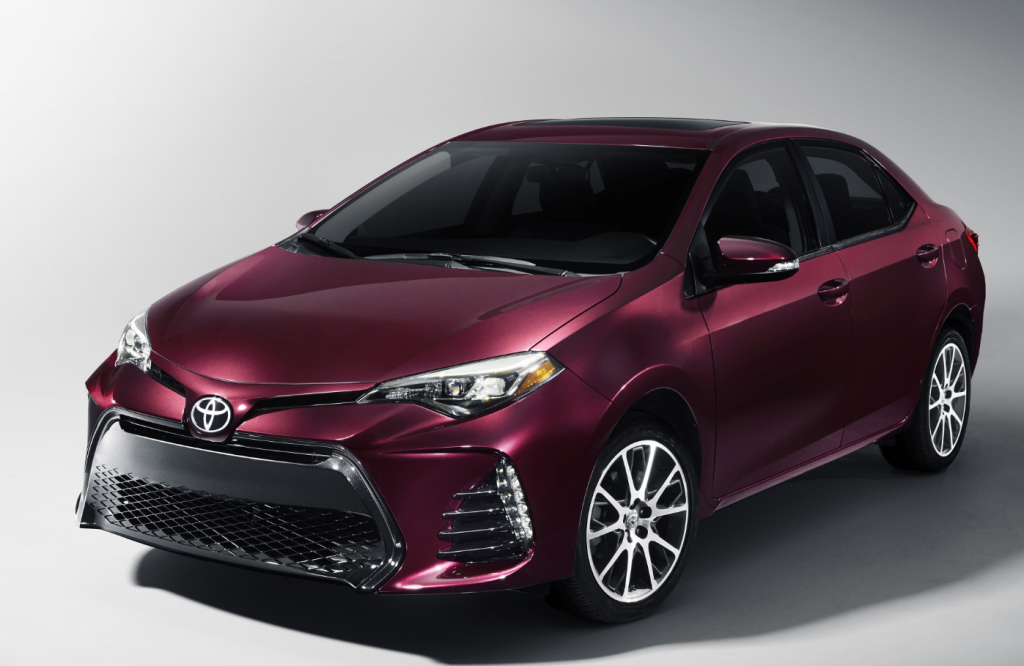 Shown at the New York Auto Show was a 2017 Toyota Corolla specially decked-out to celebrate the model’s 50th anniversary.

Since its introduction in Japan in 1966, the Corolla has gone on to become the best-selling automotive nameplate in the world. As it marks its first half-century of production, Toyota sees fit to offer a limited number of specially trimmed 50th Anniversary models to commemorate the occasion.

Based on the sporty SE trim level, the most noticeable distinctive feature of the special-edition Corolla is its unique Black Cherry paint, though Classic Silver and Blizzard Pearl are also available. All ride on unique 17-inch alloy wheels with dark grey inserts and carry “50th Anniversary Edition” badging. 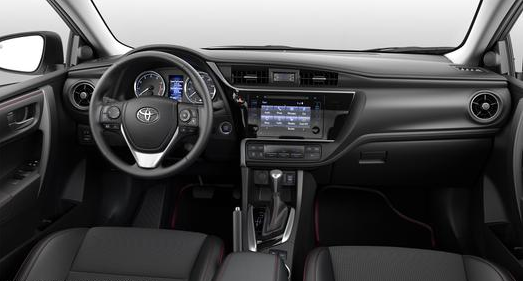 Inside, the black interior is highlighted with Black Cherry accents and stitching. Standard features include keyless access and starting along with a 7-inch touchscreen controlling Toyota’s Entune Audio Plus with Connected Navigation infotainment system. Newly available on all 2017 Corollas is Toyota’s Safety Sense-P suite of safety features, including forward collision warning with automatic braking and pedestrian detection, lane-departure warning and mitigation, automatic high-beam control, and adaptive cruise control.

Toyota says just 8000 50th Anniversary Corollas will be available in the U.S., with sales starting in the fall.

It isn’t likely to become a future collectible, but we do rather like the Corolla in Black Cherry red.