Toyota’s Scion division introduced its first-ever 4-door sedan and a sporty 4-door hatchback on the eve of the 2015 New York Auto Show.  The iA is a subcompact-sized 4-door sedan that will be priced in the neighborhood of $16,000. It also includes a few standard features that are unexpected for its class and price point: a 7-inch touchscreen multimedia system with voice recognition, a rearview camera, and a low-speed pre-collision system that uses lasers and cameras to help the driver avoid collisions.

The iA’s sole engine choice is a 106-horsepower 1.5-liter 4-cylinder connected to either a 6-speed manual transmission or 6-speed automatic. Scion estimates the iA will achieve 42 mpg on the highway. 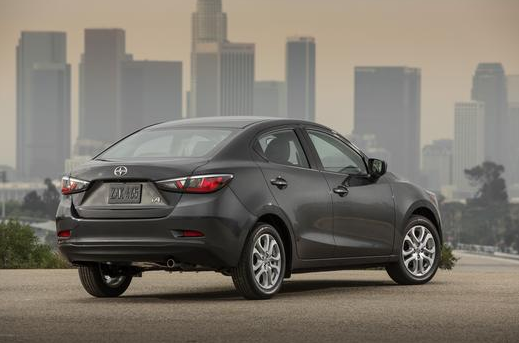 Sharing the spotlight with the iA is the sporty iM 4-door hatchback. First shown in concept form at the 2014 Los Angeles Auto Show, the production version is (not surprisingly) toned down, but it looks like it will still offer a decent amount of style and performance for an estimated starting price of under $20K. Under the hood is a 137-hp 1.8-liter 4-cylinder available with a 6-speed manual transmission or a continuously variable transmission with a sport mode and manual shifting capability (Scion calls it a CVTi-S). Fuel economy is Scion-estimated at 37 mpg on the highway.

Both the iA and iM should begin arriving in Scion dealerships this fall. 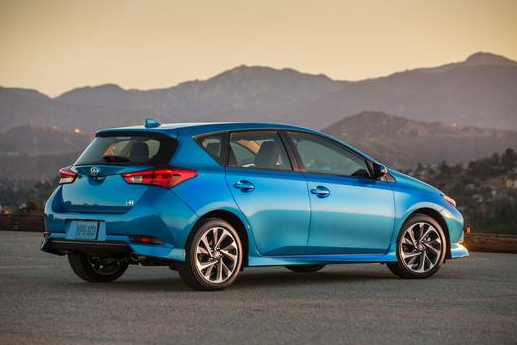 The Scion iA shares its basic design with the Mazda 2 sedan. We’re intrigued by the iA’s list of standard equipment, but the styling appears rather ungainly at best. It fills a perceived gap in the Scion lineup, but we wonder how well it will sell. We are more enamored with the Scion iM. It looks to offer similar value for the money, and it promises to be a bit more fun behind the wheel (and potentially even more fun, if you’re interested in springing for the TRD performance accessories Scion says it will offer).