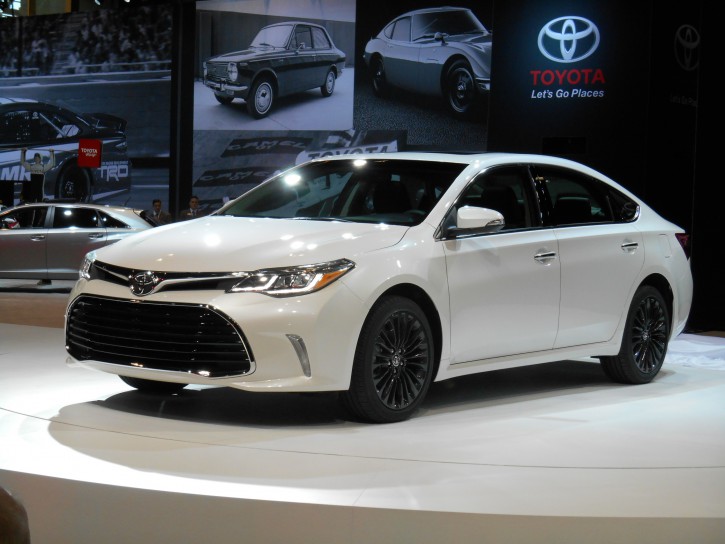 A 2016 update of Toyota’s popular full-size sedan was revealed today at the 2015 Chicago Auto Show. The Avalon will get a revised front fascia along with LED headlights and taillights. Powertrains remain the same, and a hybrid will again be offered. The 2016 Avalon is due to go on sale this coming fall.

While a refreshed Avalon occupied the main stage at the Toyota exhibit, also on display were specially trimmed versions of the best-selling Camry sedan and the world’s best-selling nameplate, the Corolla. 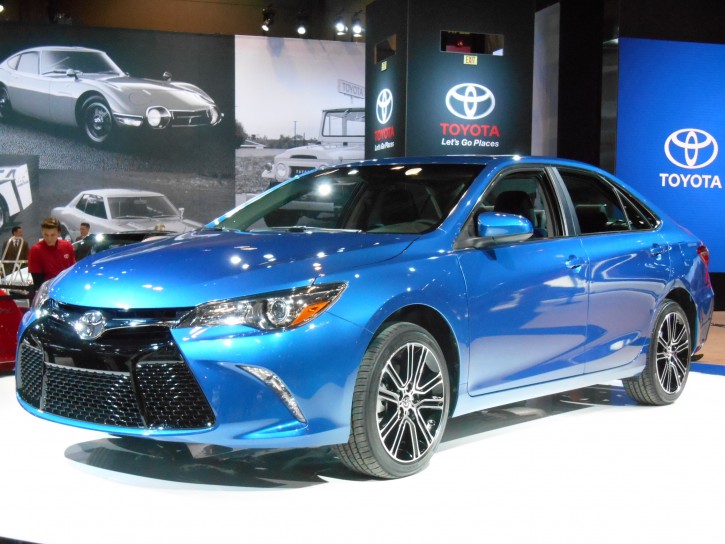 Based on the “youthful” (Toyota’s term) 2.5-liter 4-cylinder SE model, the Camry Special Edition adds sporty interior and exterior touches along with some high-tech equipment. Chief among the visual items are black and blue sports seats with blue stitching, white-background gauges with blue accents, machined 18-inch alloy wheels with black inserts, and smoked taillight lenses. Added equipment includes keyless entry and starting, Qi wireless charging, and a choice of two Entune audio systems. Due next fall, the Camry Special Edition will be offered only in Blizzard Pearl or Blue Streak Metallic, with production limited to just 12,000 units. 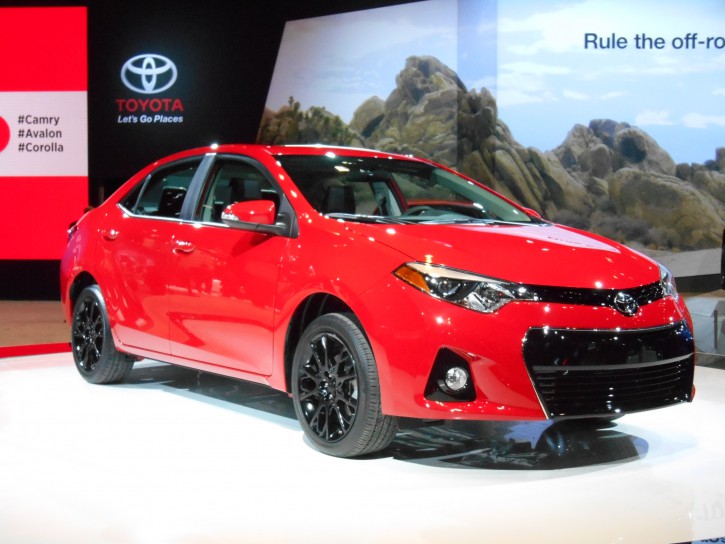 Meanwhile, the Corolla gets its own Special Edition, which is also due next fall, but in even lower volume: Toyota says there will be just 8000 copies. Available only in red, black, or white, special features of the Special Edition include steering-wheel paddle shifters, a Sport Driving Mode, gloss black 17-inch wheels, keyless entry and starting, and a black interior with red accents.

Toyota is trying to maintain the Avalon’s impressive popularity, and this freshening–however mild–will likely help.  The Special Edition Camry and Corollas provide a bit more of a personalized feel for these thoroughly mainstream sedans.