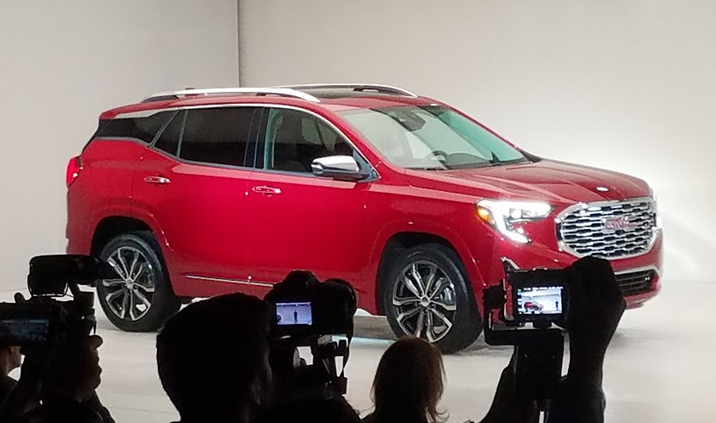 DETROIT — GMC unveiled the next generation of its popular compact SUV in conjunction with the 2017 Detroit Auto Show. The all-new 2018 GMC Terrain gets a fresh, more upscale look; a trio of all-new turbocharged four-cylinder engines; and a host of new technology features.

Where the previous-generation Terrain straddled the size line between a compact SUV and a five-passenger midsize SUV, the 2018 model is smaller, lighter, and more solidly in the compact SUV class. The Terrain’s new powertrain roster mirrors that of its GM platform-mate, the 2018 Chevrolet Equinox: a 170-horsepower 1.5-liter four-cylinder, a 252-hp 2.0-liter four, and a 137-hp 1.6-liter turbodiesel four. All three engines utilize fuel-saving auto stop/start technology. The gasoline 1.5 and 2.0 both use a 9-speed automatic transmission, while the diesel is paired with a 6-speed automatic. 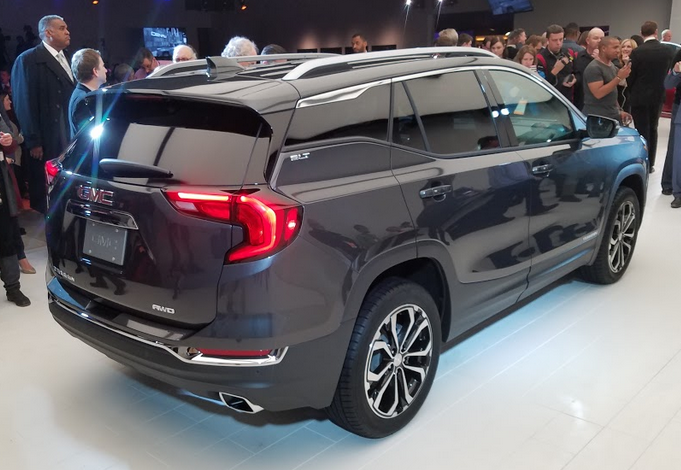 In place of a conventional shift lever, the Terrain uses a new Electronic Precision Shift system that consists of push buttons and pull triggers situated at the forward edge of the console. This setup frees up console storage space, but it looks like it will require a bit of acclimation.

Other technology features include the expected Apple CarPlay and Android Auto functionality, OnStar 4G LTE Wi-Fi hotspot, and the myGMC mobile app, which allows management of some vehicle functions via a compatible smartphone.

The 2018 GMC Terrain is slated to go on sale in summer 2017; pricing and fuel-economy numbers will be available closer to the launch date.

The downsized 2018 Terrain gives GMC a crossover SUV that competes more directly with compact-class stalwarts such as the Honda CR-V and Toyota RAV4. The are no headline-grabbing technology features in the Terrain’s standard and available equipment lists—save for maybe that funky new shifter setup—but the new powertrain lineup is very promising, the packaging looks tidy and functional, and the styling and interior trimmings have a premium-yet-understated luxury vibe that could go a long way toward making the Terrain stand out from the herd.