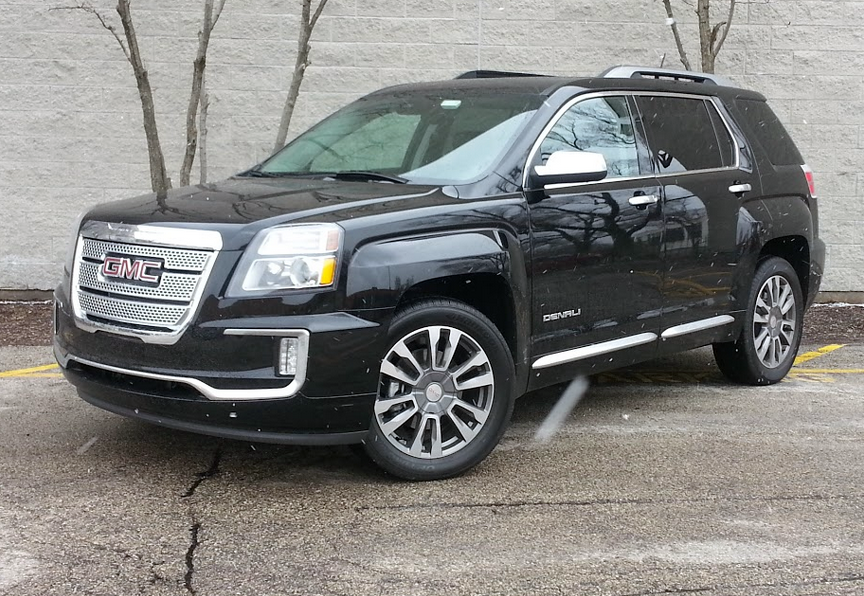 2016 GMC Terrain Denali in Ebony Twilight Metallic (a $395 option), in an uncooperative rainstorm

The good: Ride and handling balance

The not so good: Cabin appointments in Denali trim, basic design feels a bit long in the tooth

The GMC crossover lineup is undergoing a transformation of sorts. For 2017, the popular Acadia largish midsize crossover is redesigned; the new Acadia is a bit smaller than its predecessor, which allows it to compete more directly with the rival  Jeep Grand Cherokee.

To minimize the price/size overlap in GMC’s model lineup, the Acadia’s smaller sibling—the “compact midsize” GMC Terrain—is slated to be redesigned as a “true” compact crossover on a downsized platform shared with the redesigned-for-2018 Chevrolet Equinox. Eventually, a subcompact crossover based on the same architecture as the Chevrolet Trax will also join the GMC lineup.

Terrain boasts a healthy amount of cargo space aft of the 2nd-row seats.

But for now, the “old-size” midsize GMC Terrain is still available, and we rather like it at the size it is right now. Our Terrain arrived in top-line Denali trim and topped off with a few additional options. All told, our test Terrain listed for a cool $41,080—a lot of money for a crossover, though not really all that much given the extensive amount of equipment packed into this vehicle.

It’s worth noting that GMC has seen tremendous success with its Denali sub-brand. Denali is the top trim level on every GMC vehicle on which it is offered; the customer “take rate” is as high as 50 percent on the Yukon large SUV, and more like 15-20 percent on crossovers like the Terrain.

While the Denali cabin trim was a little disappointing for a top-line model, all Terrains offer ample passenger space in both the first and second rows.

On the Terrain, the Denali makeover is less convincing than it is on some other models. The exterior trim gets the job done, but the Terrain Denali cabin is only “nice,” where in the Yukon, for example, it is truly high-end. That said, we still rather like the Terrain. 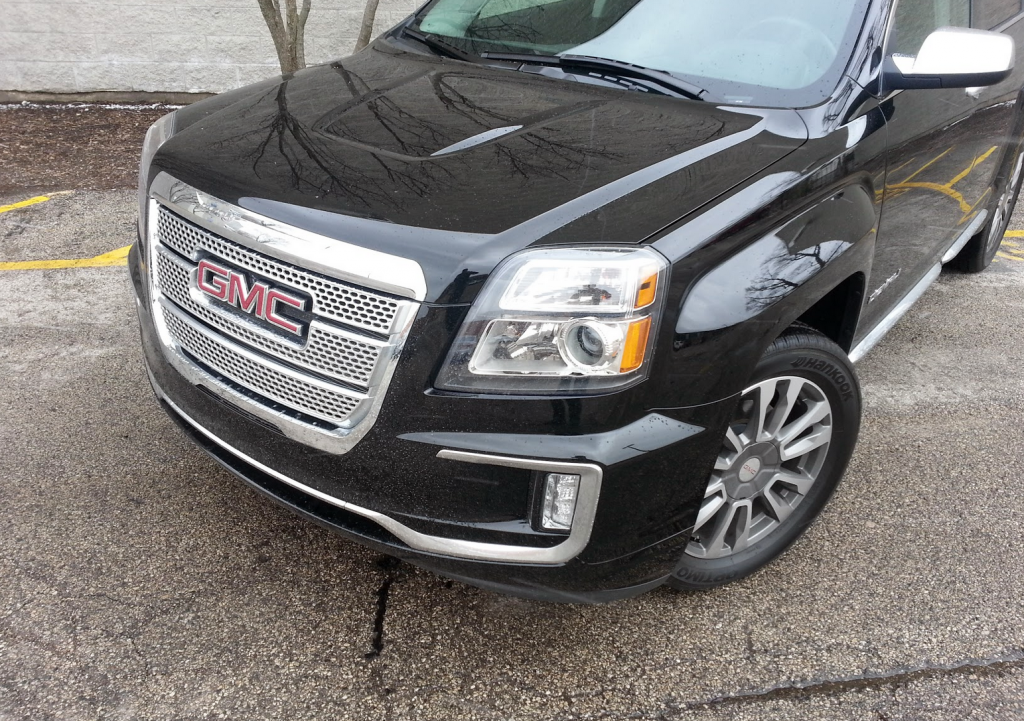 The perforated grille treatment is a signature Denali feature.

Our test crossover included the optional 3.6-liter V6, which is more than enough engine for a vehicle of this size. The engine is smooth and potent, though a little louder in the Terrain than it is in other General Motors vehicles we’ve sampled it in recently.

Regardless of price or trim level, the Terrain’s primary asset is space utilization. Both rows of the cabin accommodate adults in comfort, and there’s plenty of cargo space behind the second-row seat.

The V6 engine took its toll on fuel economy, but the 19 mpg we saw in mixed driving is not unreasonable.

Our test Terrain demonstrated a fine ride and handling balance, even with the optional 19-inch wheels and tires.

We’re not sure we’d recommend going with the Denali, but if the Terrain’s particular brand of squared-off, broad-shoulder styling appeals to you, it deserves a place on your shopping list. We also suggest sampling an example with the standard 4-cylinder engine, which is especially refined and probably adequate for your needs. 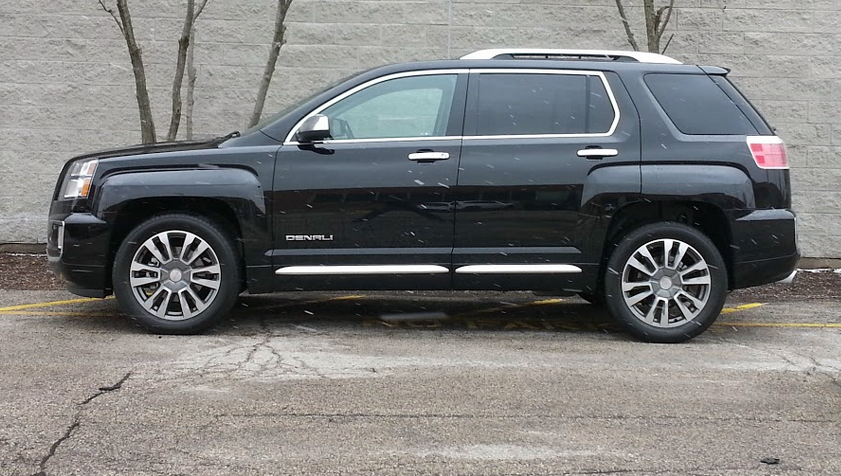 The Terrain is scheduled to be downsized for the 2018 model year. We appreciate the dimensions of the current vehicle, though the new, smaller-for-2017 Acadia may work for many midsize crossover shoppers who need a bit more space.