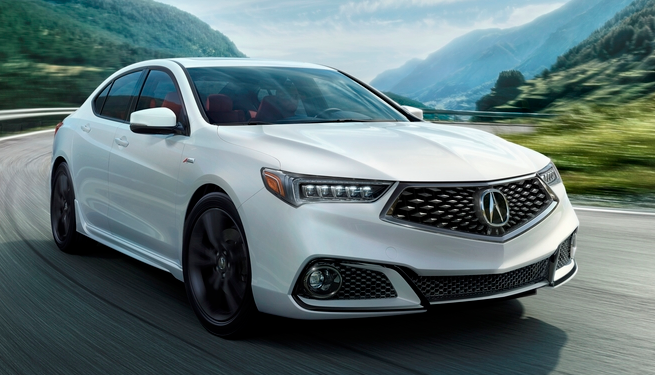 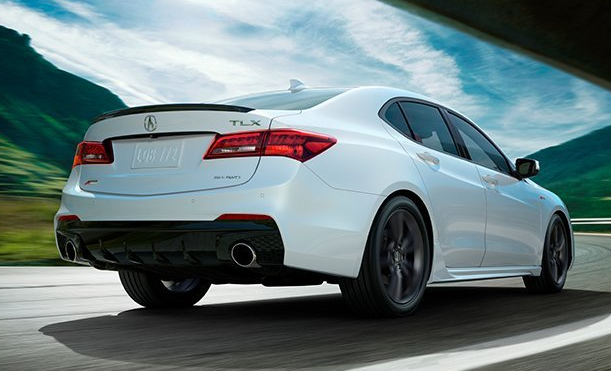 Most prominent is the TLX’s new grille, which adopts the “diamond pentagon” corporate look introduced on the company’s 2017 MDX crossover. It’s joined by further styling changes including revised front fascia, headlights, and wheels.

TLX continues in 4-cylinder and V6 versions, the latter offering all-wheel-drive in addition to front-wheel drive. But on the 2018 model, AWD is available on all V6 models, where before it was only optional if you also ordered the Technology or Advance Package.

If you opt for the V6 Technology Package, you’ll get the added bonus of a power-operated driver-seat extension. Spring for the Advance Package, and you’ll now enjoy a Surround-View camera system, wireless charging, heated steering wheel and outboard rear seats, and a body-colored decklid spoiler.

A new trim level is also added for 2018. The sporty V6 A-Spec is available with front- or all-wheel drive and includes an exclusive front fascia, round LED fog lights, side sills, round dual exhaust outlets, black decklid spoiler, and dark-finished 19-inch wheels. It also gets brushed aluminum-look interior trim, a choice of red or black leather interior with Alcantara seat and door inserts, and a sport steering wheel, along with wider tires and a sport-tuned suspension.

Acura is trying to remake its image a bit by replacing its much-maligned “cigar cutter” grille with something less controversial, along with bringing out sportier models – such as the reimagined NSX – or at least sportier versions of existing models. Both are probably positive strategies in which we whole-heartedly approve.