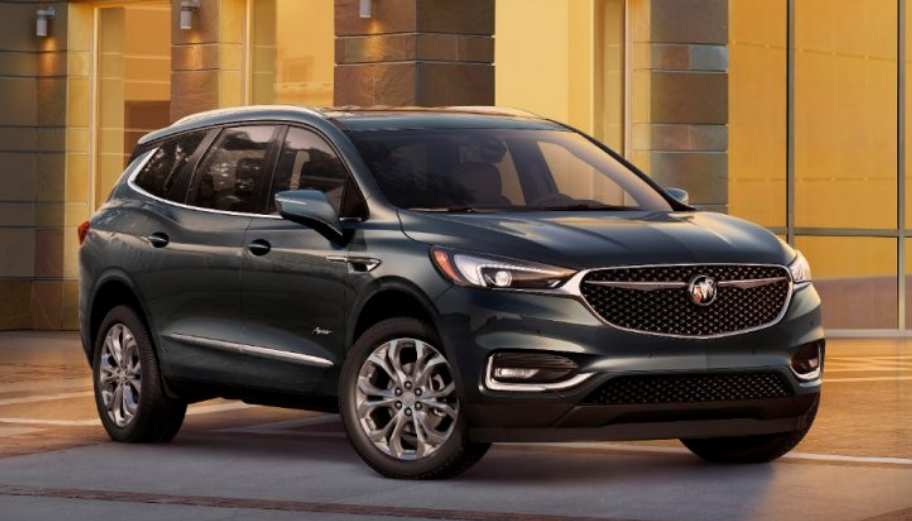 The Enclave will be offered in base, Essence, Premium, and top-line Avenir trim levels. (Avenir is Buick’s new luxury sub-brand, similar to GMC’s Denali.) The lone engine is a 3.6-liter V6 with an estimated 302 horsepower and 260 lb-ft of torque; it’s paired with a 9-speed automatic transmission. Front-wheel drive is standard; the available AWD system has active twin-clutch rear differential and switchable AWD. Maximum towing capacity is up to 5000 pounds.

The Enclave’s longer wheelbase translates into more third-row space, yet Buick claims the turning circle is 1.4 inches tighter than the first-generation model. There’s 23.6 cubic feet of cargo space behind the third row, and though a specific measurement wasn’t provided, Buick says the Enclave outclasses the Acura MDX, Audi Q7, and Infiniti QX60 in cargo volume behind the first row.

The 2018 Buick Enclave is slated to go on sale this fall.

The 2018 Buick Enclave shares its basic platform and some of its features with the new-for-2018 Chevrolet Traverse, but like the first-generation model, the new Enclave has a luxurious personality all its own. In addition to its appealing styling and competitive list of standard and available features, we expect that the new Enclave will offer an exceptionally comfortable, quiet driving personality that should win over a good number of luxury SUV shoppers.