Volvo’s entry in the popular premium compact crossover segment has been a strong seller for the company, but after a nine-year run, it’s more than time for a change. And that change — a completely redesigned XC60 — debuted at the New York Auto Show. 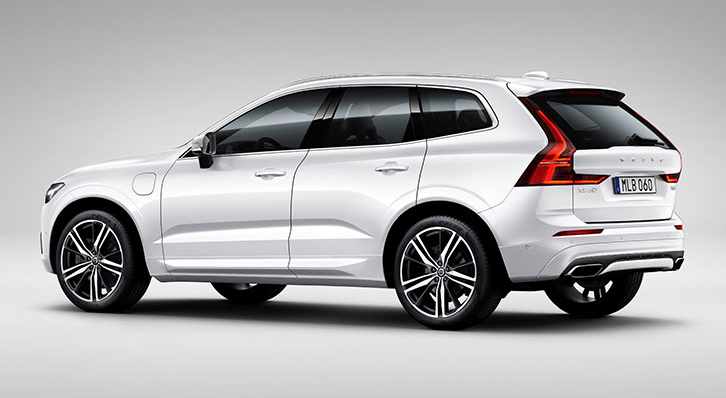 Not only does the 2018 XC60 adopt Volvo’s new corporate styling elements — such as its “Thor’s Hammer” headlights — it also gains some power and new features. The former comes in the form of Volvo’s T8 Twin Engine plug-in hybrid electric powertrain, which combines a turbocharged and supercharged 2.0-liter engine driving the front wheels with an electric motor driving the rear wheels to produce a combined 400 horsepower. That compares to the non-hybrid T6 version of the XC60 with the same engine that’s rated at 316 horsepower, and the base T5 with a version of the 2.0 that’s just turbocharged with 250 horsepower.

Among the XC60’s new safety features is Steer Assist. It’s teamed with Oncoming Lane Mitigation (also new) and Blind Spot Indication System (ancient history) to help steer the vehicle away from impeding impacts. Also available will be Pilot Assist, a semi-autonomous driver assistance system, which Volvo claims “takes care of steering, acceleration and braking on well-marked roads up to 80 mph.”

Like the original Volvo XC90 SUV — which had a 14-year run before being redesigned for 2016 — the XC60 was getting a bit dated toward the end. Furthermore, the addition of the plug-in hybrid T8 powertrain promises to make XC60s so equipped a car enthusiast’s dream come true.