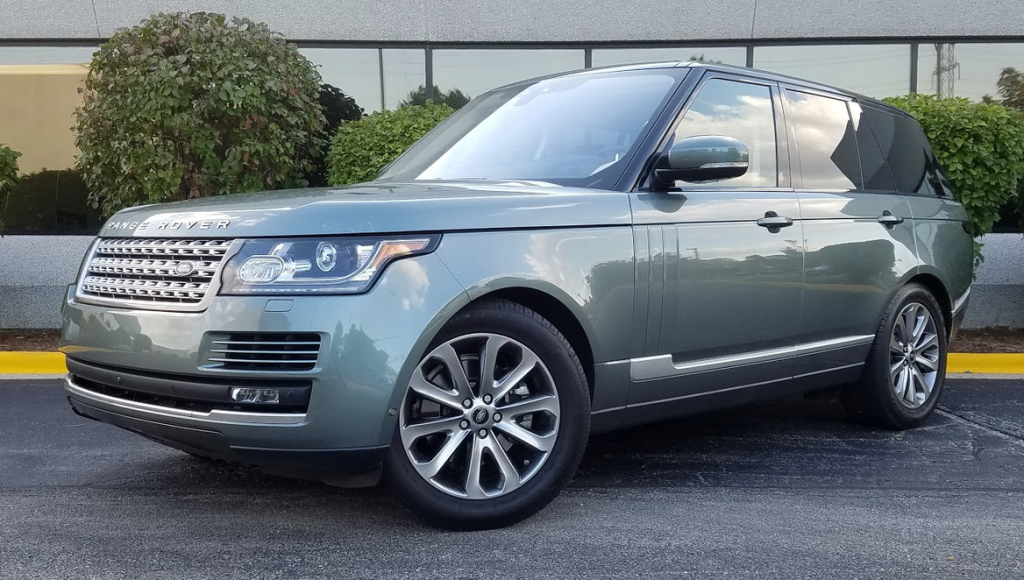 The not so good: Optional equipment pumps up already-steep base price

“Horses for courses,” goes an old saying. Things that are good in one setting might not be as good under different conditions.

That thought struck this driver after taking a test turn in a diesel-engine 2017 Range Rover HSE Td6 some weeks after driving a ’17 Land Rover Discovery with the same engine. In the Discovery, the 3.0-liter V6 was a marvel of quiet that hid its “oil-burner” origins extremely well. However, in the bigger Range Rover that Consumer Guide® sampled, the powerplant displayed a lot more of this engine type’s telltale clatter at idle and under acceleration—and that matched our experience with a 2016 Range Rover Sport. 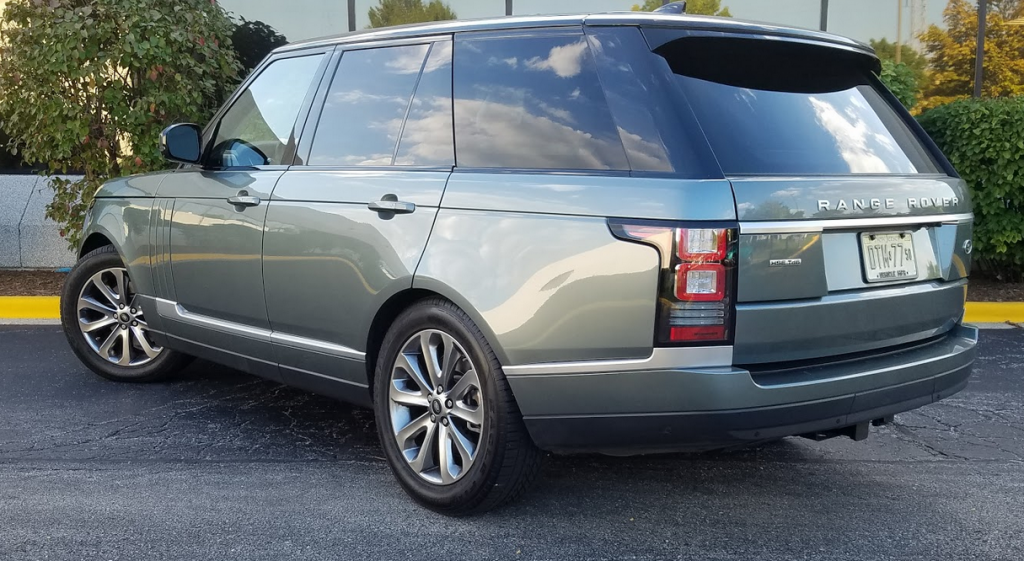 Land Rover offers a full portfolio of trim and color options for a high level of owner customization. Our tester was equipped with a Santorini Black contrasting roof-paint treatment ($650) and Shadow Chrome 20-inch wheels ($1400).

Aside from the higher level of undignified racket, it’s hard to dislike the diesel V6 in the Range Rover. The middling 254-horsepower rating obscures a stout torque output of 443 lb-ft that peaks in a relative hurry at 2000 rpm. That enables rapid getaway from a standstill. Acceleration just may be a little hard to sustain. The diesel-powered Range Rover cruises easily on the highway, albeit with mid-range acceleration that comes across as “good” rather than “great.”

Another plus is decent fuel economy. Wheeling the premium-large SUV for 160 miles, this driver averaged 23.2 mpg with 55 percent city-type operation. That’s very much in line with the EPA estimates for the diesel Range Rover: 22 mpg in the city, 28 on the highway, and 24 combined. The standard transmission is a smooth and efficient 8-speed automatic. An engine-stop/start feature is also included to squeeze out additional fuel savings at full vehicle stops.

Range Rover interiors are always sumptuous, and the Espresso/Ivory cabin of our test vehicle did not disappoint. Rear-seat legroom isn’t particularly generous for the class on standard-wheelbase Range Rovers, but headroom is outstanding.

The Range Rover is improved somewhat for 2017. The hyper-expensive SVAutobiography adds a Dynamic version with a lowered suspension and distinctive trim. More generally available is a new control system with a larger 10.2-inch display screen. Added driver-assistance features include Advanced Tow Assist (which makes maneuvering a trailer easier) and Driver Condition Monitor (which checks for driver fatigue), both of which were included in option packages that went a ways toward jumping the full delivered cost to $108,295 from a base price of $94,650.

The interior’s plush carpeting is carried over to the cargo area. Note the drop-down tailgate, which can make for a handy tailgating perch. A hands-free power open/close feature is standard equipment.

The air suspension helps to smooth out the ride. However, this somewhat high-riding truck can lean and pitch going around corners or braking forcefully. Steering is lighter than you might expect, yet still nicely weighted, and maneuverability is pretty good for a large SUV.

The quiet cabin is amply endowed with soft-touch materials on the dash, doors, and sides of the console. Even the insides of the door-storage pockets are flocked. Abundant wood trim and some bright-metal highlights heighten the ambience. Audio and navigation management is fairly directly carried out on the touchscreen. Climate controls reside lower on the dash and have dials for temperature and fan-speed settings with a limited number of buttons for other functions. The console houses well-placed buttons and a pop-up dial that govern the Terrain Response system. The space between the speedometer and tachometer dials is filled with a colorful and legible vehicle-information display, and thumb buttons on the steering wheel allow for scrolling through its menu. 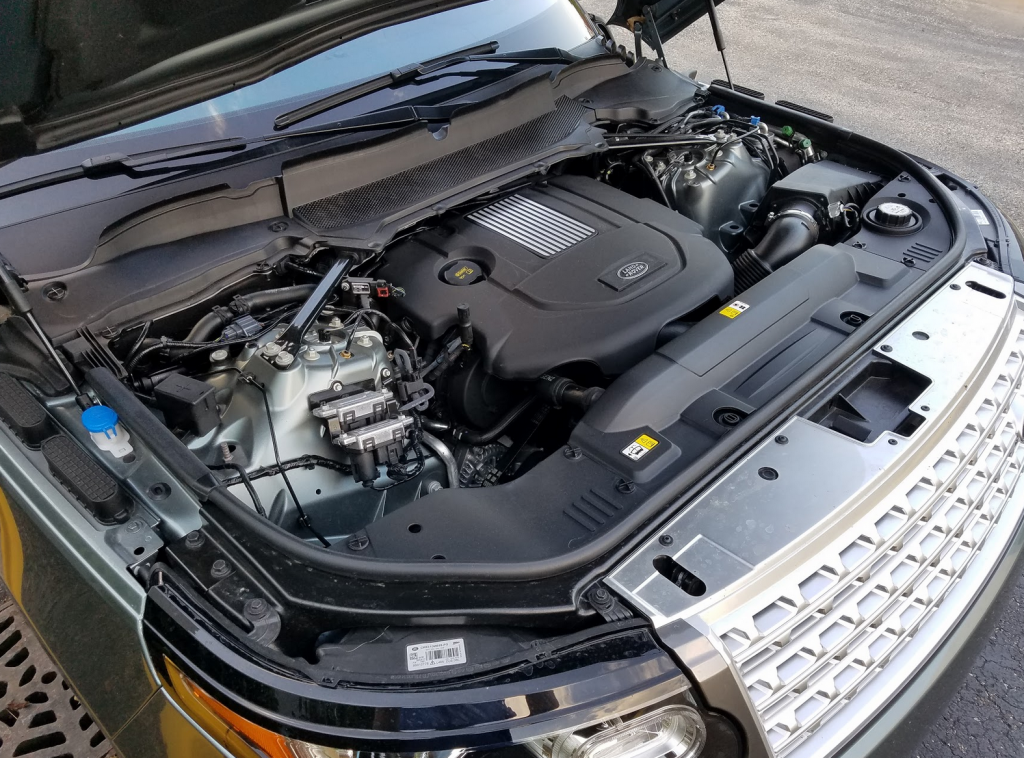 The 254-hp turbocharged 3.0-liter diesel V6 moves this plus-sized luxury SUV with decent authority, thanks in part to the gutsy 443 lb-ft of torque on tap.

The front seats are comfortable and welcoming, and include adjustable inboard pull-down armrests. Leg- and headroom are bountiful in both rows of this 5-passenger vehicle. The middle passenger in the rear seat—even an adult—won’t feel punished. Doors open wide, but rear-seat entry/exit is a little tight around feet. Step-in height is a little tall, too. Big windows provide good vision that drivers (and sightseeing passengers) will appreciate.

Front-row cabin storage benefits from good-sized door pockets; two glove boxes, one above the other (with lids that power down); dual cup holders under a slide-top cover in the console; and a covered console box that makes up in depth what it lacks in length. The console box hosts an auxiliary jack and twin USB ports. The second row sports smaller door pockets, hard-sided pull-out pouches in the backs of the front seats, and a pull-down center armrest with twin cup holders and a modest covered storage compartment. Rear passengers are provided with plug-in power points and seat-heater/climate-control buttons built into the back of the console.

At the rear is a flat-floored cargo area with a conveniently low lift-over behind a 2-piece portal with a separate transom window and bottom-hinged tailgate. Cargo room up to the window line isn’t really cavernous for a vehicle of the Range Rover’s size, but it’s still big by the standards of most SUVs. Bigger loads can be handled by dropping the backs of the 60/40-split rear seats, but they rest slightly higher than the level of the cargo floor. 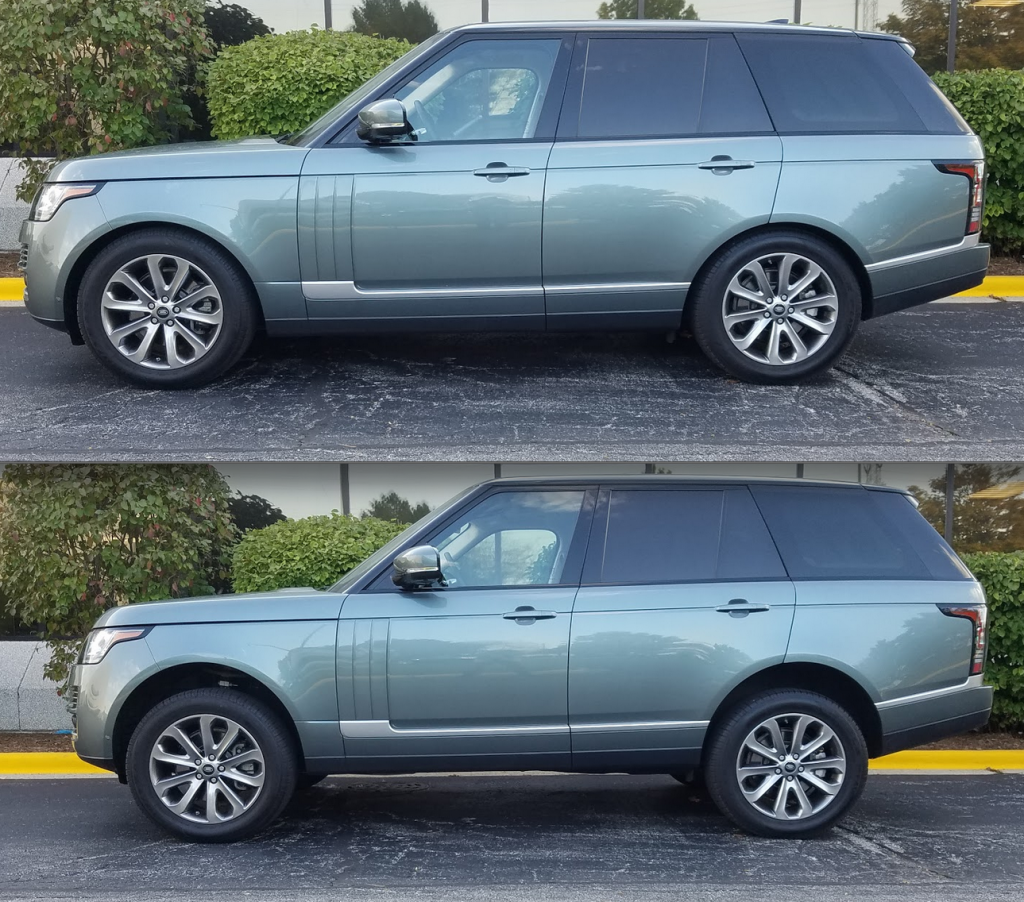