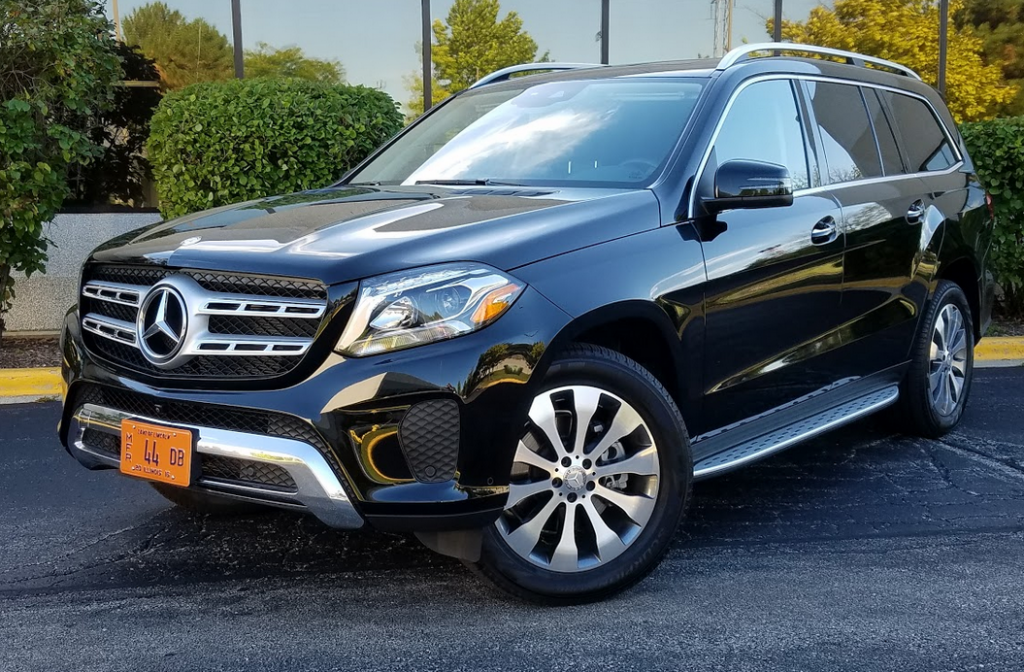 The great: Cabin space and refinement

The good: Drivetrain power and smoothness

It is written all over the face of the Mercedes-Benz GLS that the 7-seat sport-utility vehicle is refreshed for 2017. Bigger, bolder grille bars and a revised lower front fascia make that point quite clear.

The makeover doesn’t stop there. Take that name for instance. The “S” has been added to the title to better correlate it with the M-B passenger-car hierarchy. Daimler-Benz volk would like shoppers to think of this as the S-Class of SUVs. A touched-up interior incorporates the latest version of Mercedes’ Comand infotainment system, now with Apple CarPlay capability; all but the highest-performance model adopt a 9-speed automatic transmission with selectable driving modes; and all but one of the four available models get horsepower boosts. 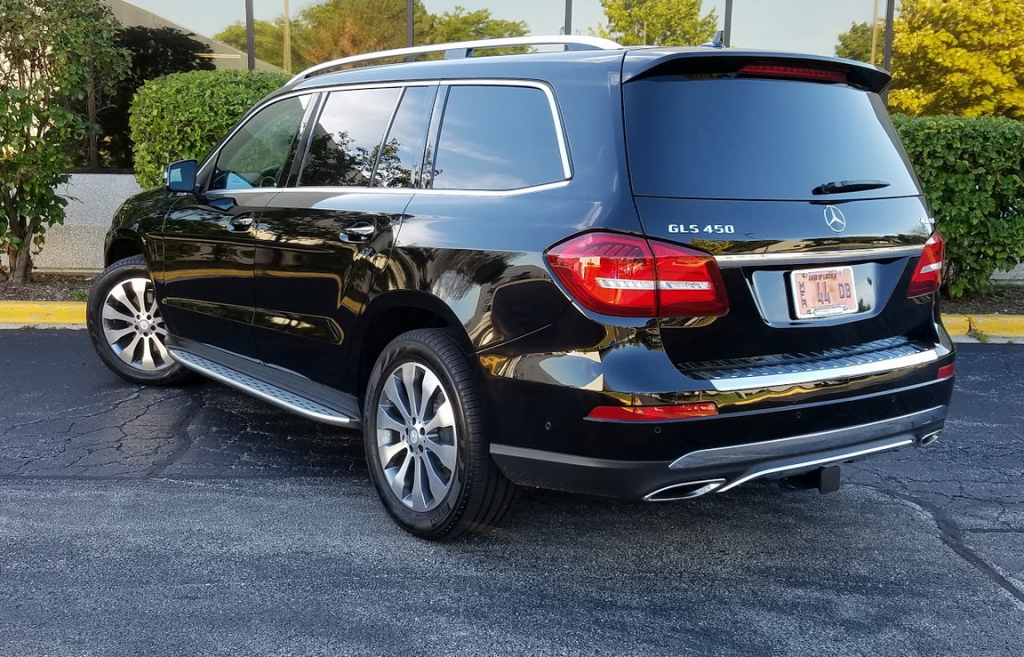 Consumer Guide® tested the one that didn’t get more go, the GLS450. At $68,700 to start, it is the cheapest of the three gas-engine GLS models. (Only the BlueTEC diesel V6 starts for less; two gas V8 jobs sell for considerably more.)

Still, it’s no slouch with its turbocharged 3.0-liter V6 that makes 362 horsepower and 369 lb-ft of torque. That’s plenty of power, responsively and pretty quietly delivered, for around-town driving or highway cruising.

Though its cabin is a little narrow for a large SUV, the GLS is otherwise roomy and comfortable. While three-abreast seating in the second row isn’t recommended for long trips, the 3rd-row can accommodate adults in reasonable comfort. Materials and assembly quality in the GLS cabin are top notch.

The GLS450 does get the smooth new automatic transmission. It incorporates “Dynamic Select,” which provides up to six transmission modes that govern gear selection and power delivery. This reviewer did most of his driving in base “Comfort” mode but also clicked into “Sport.” The latter ratchets up throttle response and delays upshifts to effectively pick up the pace when desired. It’s probably a good guess that it picks up the pace of fuel consumption, too. Maybe that helps explain how this driver averaged just 15.42 mpg from a stint of 163.1 miles that included 76 percent city miles. EPA mileage estimates for the vehicle are 17 mpg in city driving, 22 mpg in highway operation, and 19 combined. By the way, the GLS comes with an extremely discreet engine stop/start to shave fuel use during full-stop situations. 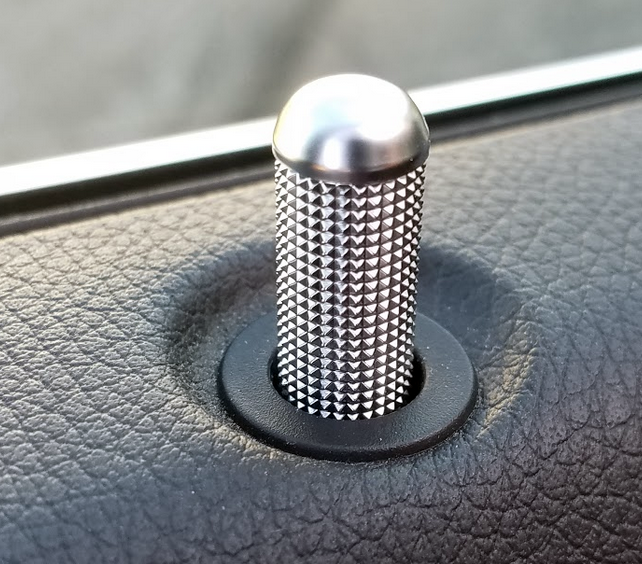 This knurled aluminum door-lock button is an example of the overall quality and attention to detail found throughout the GLS cabin.

The Comfort-setting ride lives up to its name, with a premium placed on soaking up bumps and easing around corners, thanks to the standard air suspension. In addition to its effect on engine performance, Sport also lowers the suspension and tightens the steering for a degree of added precision (and drivers can customize vehicle characteristics in a mode that lets them mix their preferred engine and ride settings). The GLS450 isn’t the hulking Gargantua that some of its competitors in the premium-large SUV field are, so it’s somewhat easier to park and maneuver, but it would be a long stretch to call it nimble. All GLSes come with Mercedes-Benz’s 4Matic all-wheel-drive.

CG’s extensively optioned test truck—full delivered price mushroomed to $82,190—included the $3830 Premium Package option that adds hard-drive-based navigation, satellite radio, satellite traffic and weather monitoring, and Apple CarPlay smartphone integration to the Comand system. All of this shows up on a new standard 8-inch color screen at the top center of the dash. What shows up on the screen is controlled by a console dial. This tester never has been all that fond of any of the various one-dial control systems that have sprung up in a number of makes (primarily luxury brands). While Comand seems to have gotten a little easier and more intuitive to use, it still requires a lot of attention from a driver. There’s no complaint about the clarity of the screen display, however, and climate controls remain separate with a mix of dials for temperature and buttons for function.

If the light is blue, your drink is being cooled; red means it’s being heated. Keeping your beverage the correct temperature adds $180 to the GLS’s bottom line.

Though the essential interior package continues from the GL of recent years, cabin details are changed somewhat. Soft-to-the-touch surfaces are well distributed. The GLS450 comes with imitation-leather upholstery. Bright-metal highlights and eucalyptus-wood dash trim impart a luxury look that is complemented by top-flight assembly. Seats are comfortable and headroom is ample throughout the cabin. Legroom is best in front and gets gradually tighter in succeeding rows. Indeed, the third row may not be all that adult friendly—but the 60/40-split middle-row seats fold and pivot to ease access to the third row, and there’s a fast-acting optional power assist to make this even easier. The cabin is quiet, and large windows enhance all-around driver vision. Shorter passengers may find that they have to stretch just a little bit to climb in or out of the vehicle.

There’s less room in the cargo area of the GLS than you’ll find in a Cadillac Escalade ESV, but there’s still more than enough room for most folks. The 3rd-row seat backs fold flush with the load floor, while the 2nd-row backs come close.

Not being one of the lumbering giants of its class, the GLS doesn’t have the cargo space of its largest competitors. With the power-folding 50/50 third-row seats down, there’s pretty good flat-floored storage space available. Second-row seats retract for even more room when needed, but they don’t fold completely flat, and they leave a small gap in the load surface. Passenger incidentals are handled by an average-size glove box, a console box that contains a USB port and auxiliary-jack connection, and pouches on the backs of the front seats. There are map pockets in all four doors, and cup holders in the console and pull-down center armrest in the middle row. The optional tri-zone climate control presents second-row occupants with their own bank of controls built into the back of the center console. 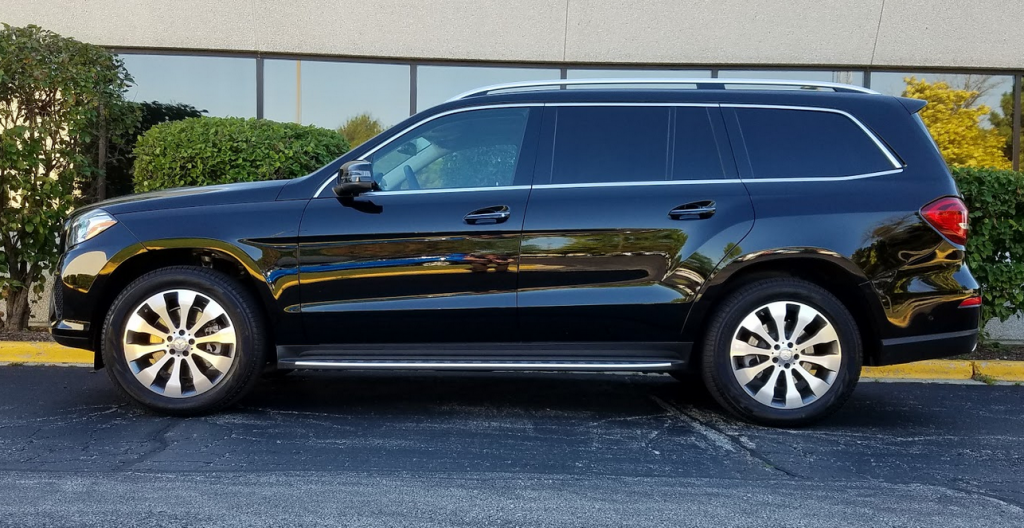 Somewhat smaller than the Cadillac Escalade and Lincoln Navigator, the GLS’s tidier proportions mean easier parking and increased maneuverability with only a small penalty in cargo and passenger space.