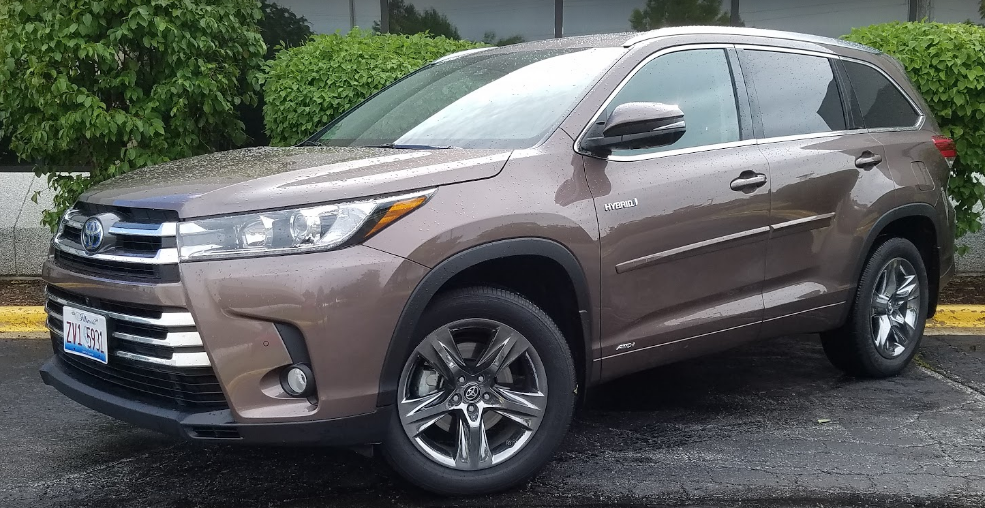 The not so good: Long reach to some controls

As evidenced by it earning Consumer Guide’s® Best Buy rating among midsize crossovers (though it shares the honor with two other contenders), Toyota’s Highlander is a great vehicle in any form. Roomy, capable, and with loads of handy interior storage and available 8-passenger seating, it checks off about every box on most buyers’ wish lists. (You can read our full report of a 2017 Highlander Limited AWD here.) 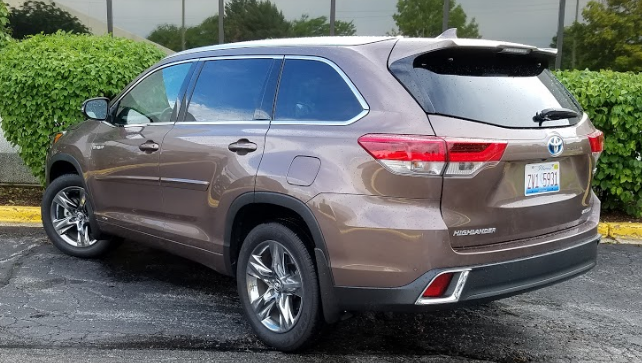 Among the items added on the top-line Limited Platinum trim level are a panoramic sunroof, 360-degree camera, heated rear seats, and dark-chrome wheels.

But it also offers something else — something that’s probably not really expected in the class — and that “something” is good fuel economy … at least if you fork out a little extra for one of the Hybrid versions. Hybrids come with a 3.5-liter V6 engine and electric motors both front and rear that produce a combined 306 horsepower, 11 more than the V6 in gas-engine versions. All Hybrids come standard with AWD. 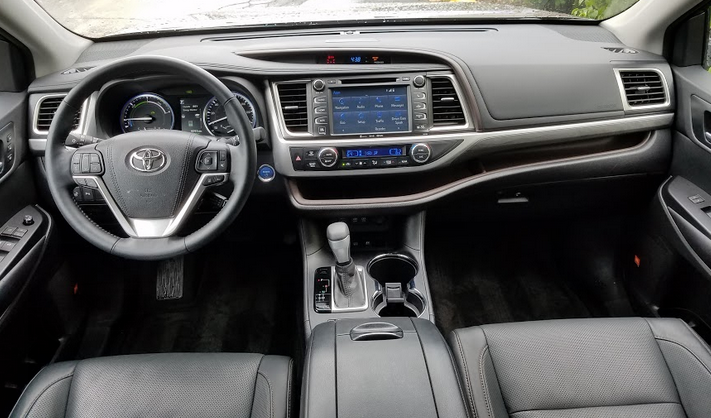 The Limited Platinum’s nicely trimmed interior is highlighted by numerous storage bins, including an open tray that underlines the dashboard and a huge console box. Center controls are generally easy to use, but some at the far right are a bit of a reach away.

Although “lesser” trim levels offer a 3-passenger 2nd-row bench seat that (along with a 3-place 3rd row) offers seating for eight, the Limited Platinum comes with two heated bucket seats in the second row that cut passenger capacity to seven. Despite having a large battery the gas version doesn’t, the Hybrid’s flat-floored cargo space remains sizable and useful.

Unique to the Limited Platinum are front obstacle detection (to join rear obstacle detection, which is also standard on the Limited), heated steering wheel, heated rear seats, panoramic sunroof (rather than a smaller “regular” one), 360-degree camera (which we found to work exceptionally well), and dark-chrome wheels. Note that only the LE and XLE offer 8-passenger seating (Limited and Limited Platinum are “limited” to seven), and only the Limited and XLE offer a rear-seat entertainment system.

But what about fuel economy? 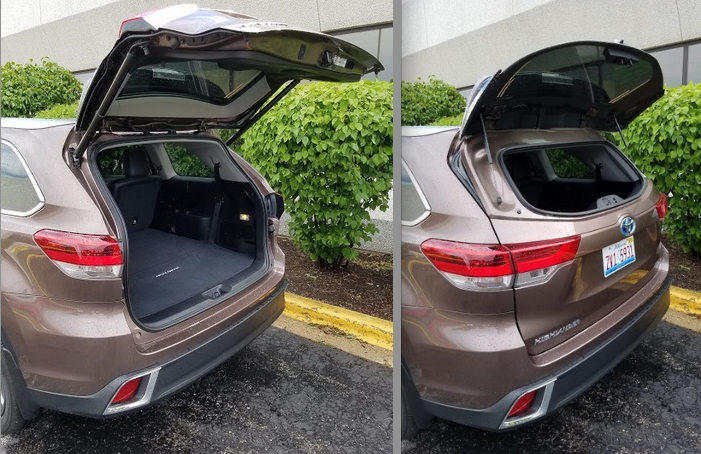 While other midsize crossovers have a traditional hatch lid, the Highlander’s includes a separate-opening rear window that makes it easier to load small items.

The Hybrid Limited Platinum tested is EPA rated at 29 city/27 highway/28 combined. (Like most hybrids  — and unlike most gas cars — city fuel economy is better than highway fuel economy.) In our 1246-mile test, we averaged 28.1 mpg in 80 percent highway driving (which, as mentioned, is less efficient than city driving), slightly beating the official “combined” rating. By contrast, we averaged 22.8 in a gas-engined Limited AWD in 65 percent highway driving. Based on those figures, if you drive 12,000 miles per year on $2.50/gallon gas, it would take about 6.5 years to pay back the Hybrid’s $1620 cost premium, after which you’d save almost $250 a year on fuel — a pretty good deal in our view.

Hybrid or not, the Highlander is one of our favorite midsize crossovers … though you’ll save gas money in the long run by choosing the thrifty Hybrid version.