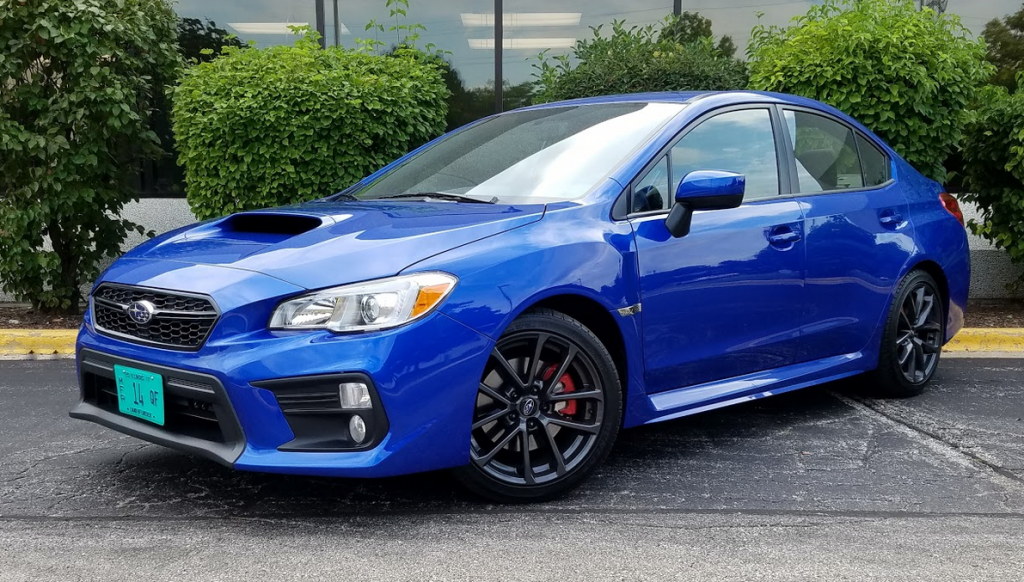 The not so good: Notchy shifter, firm ride

With three years under its belt, the current generation of the Subaru WRX high-performance compact sedan is ready for a freshening for 2018. There are subtle appearance changes to the front—primarily a larger lower grille opening—but that’s not all of what’s new for the car.

Subaru says it has tweaked the suspension for ride and handling improvements. Eight-way power-adjustable Recaro front sport seats are available in a new Performance Package option for the WRX Premium model, and there are upgraded dash and door-panel materials. WRX Limiteds see additional features in the optional suite of EyeSight electronic safety features. 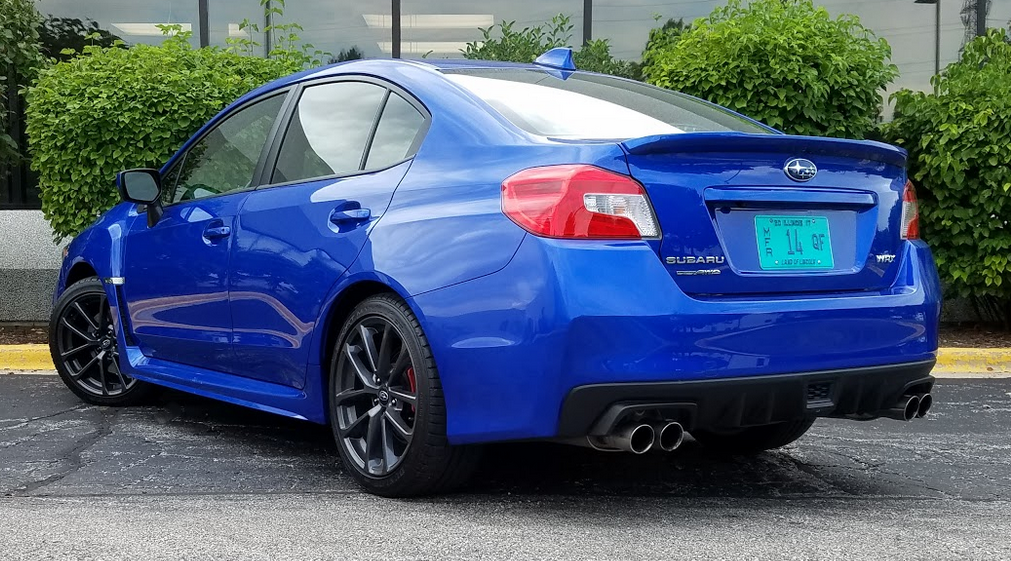 Compared to some high-performance compacts (especially the new Honda Civic Type R), the WRX”s body add-ons are subtle. A low-profile decklid spoiler, quad exhaust outlets, and bodyside sills are among the tip-offs.

For the most part, the WRX holds true to the form in which it’s been since the current generation bowed as a 2015 model. The 2.0-liter 4-cylinder “boxer” engine still makes 268 horsepower at 5600 rpm and 258 lb-ft of torque at 2000-5200 revs. A six-speed manual transmission is standard, with a continuously variable transmission (CVT) that acts like an automatic optional. CG’s last WRX test car in 2016 had the CVT, but the ’18 stuck with the manual.

The WRX Premium’s interior is nicely finished with some upscale trim touches, but also has a distinctive “rally car for the street” feel that stands out among competitive performance cars. Recaro Performance Design front seats are included in the Performance Package; they strike a good balance between comfort and support.

When the twin-scroll turbocharger smoothly and promptly comes in, the WRX engine blooms with a welcome surge of power that gets the car to cruising speed in a hurry. It does so fairly quietly, too, even with exhaust exiting through four stainless-steel outlets. Subaru has thickened the window glass and employed other sound-dampening techniques to make the cabin quieter. It also claims to have revised the innards of the manual gearbox to reduce friction. This driver found the shifter to be pretty notchy in its operation, but the clutch worked smoothly enough to keep stop-and-go driving from becoming any more tedious than it naturally is. Fuel consumption in a run of 168 miles, with 70 percent under city conditions, averaged 21.7 mpg. EPA estimates with the manual trans are 21 mpg in the city and 27 on the highway. 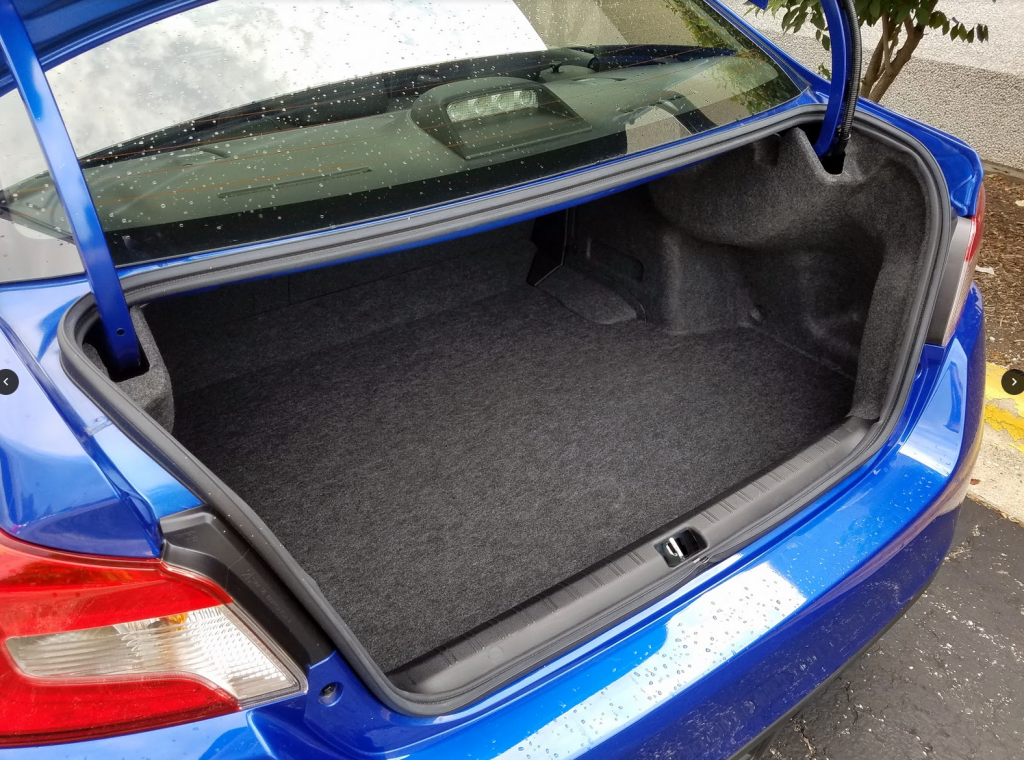 Since the WRX is based on a mainstream compact 4-door sedan, its trunk is a lot more practical than many of the sporty/performance coupes in the same price range.

Like the vast majority of Subarus, all-wheel drive is standard in the WRX, which also has active torque vectoring to direct power to the wheel or wheels that need it most in any given situation. Whatever modifications were made to the suspension must fall under the heading of theoretical—or maybe wishful thinking. Ride remains very firm. Obstructions like railroad tracks and broken pavement demand that respect be paid by the WRX driver. The payoff for that sacrifice is sticky handling with tightly controlled body lean in corners. Steering is direct and highly responsive.

If Subaru has changed a few details of the little sport sedan’s cockpit the overall look and feel is fundamentally the same as it was in earlier models. Lightly padded material covers the dash top and the upper portion of all four doors, and soft surfaces are found on the armrests and door centers. Trim strips with the look of carbon fiber adorn the center of the dash. Drivers grip a substantial leather-wrapped flat-bottom steering wheel.

The driving position remains low, with good room in front for people of most builds. Two adults can sit in back. Legroom for them will be decent—providing front occupants don’t need a long stretch. The driver can see well to all directions thanks to thin roof pillars and generous glass area.

An updated vehicle-information display at the top center of the dash, with digital displays that include a turbo boost gauge, has a new 5.9-inch screen with graphics that are more legible. Big speedometer and tachometer dials face the driver. Standard automatic climate controls rely on three convenient rotating dials for temperature and fan speed, with function buttons set within the dials. Radio presets can be set and accessed on the 7-inch central touchscreen with little trouble, and can be operated through switches on the steering wheel. The WRX Premium’s standard Starlink multimedia system displays apps with weather information, sports headlines, and the like that arrive at the touch, but do draw attention from the road.

Dark-finish 18-inch aluminum wheels are standard equipment on the WRX Premium. Under the hood is a turbocharged direct-injection 2.0-liter 4-cylinder than puts out a healthy 268 horsepower.

Interior storage for front passengers includes a wide glove box; a smallish covered console cubby with a USB port, auxiliary input, and power point within; an open bin ahead of the shifter; two exposed cup holders in the console; and large door pockets with bottle holders. In back there is a pouch on the back of each front seat, a pair of cup holders in the pull-down center armrest, and pockets for bottles in the doors.

Room in the flat-floored trunk isn’t bad for a compact sedan. A wide opening and low liftover at the bumper aid loading, and there’s a tiny space for small objects under the trunk floor. Rear seats are split 60/40 and fold to extend cargo capacity. They rest at a slight rise over the level of the trunk floor but the transition from the trunk is uninterrupted.

Additional WRX standard equipment includes a low-profile decklid spoiler, heated power-adjustable side mirrors, and a rearview camera. Premium adds 18-inch gray-finish alloy wheels and summer-tread performance tires, halogen fog lights, heated front seats, and a windshield-wiper deicer. The middle member of the 3-tier WRX family, the 2018 Premium starts at $29,295; the Performance Package and delivery pushed the test car’s final price to $32,205. On price alone it is competitive with a number of cars in the nonpremium sporty/performance class, but its combination of power and handling for the money continues to make the WRX a worthwhile proposition.