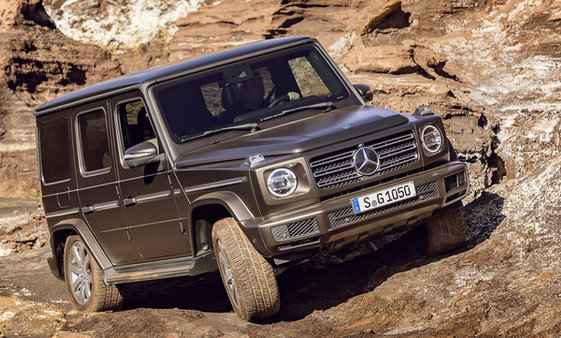 DETROIT–On the eve of the 2018 North American International Auto Show in Detroit, Mercedes-Benz unveiled a significant update of its venerable G-Class SUV. Looking much the same as it did when the model was originally introduced in 1979, the 2019 G-Class has been brought up to speed with expected luxury-car connectivity and contemporary interior appointments.

Though the new G-Class looks much the same as it always has, Mercedes says all of the exterior panels are new, and that the updated SUV is significantly more aerodynamic. The new truck is 2 inches longer and 4 inches wider than the 2018 model, yet weighs almost 400 pounds less. Mercedes says that interior space has improved, with added legroom and shoulder room in both seating rows. 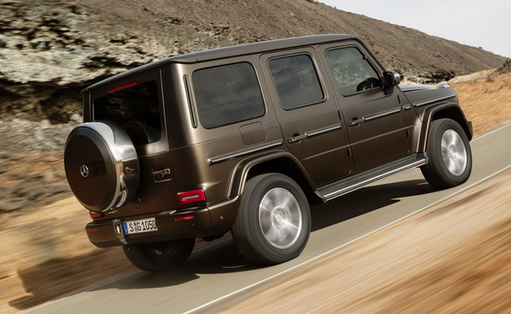 Though a turbocharged six-cylinder engine will be offered in other markets, Americans will see only the G550 model, which will be powered by a carryover turbocharged 4.0-liter V-8. The transmission changes from a 7-speed automatic to a new 9-speed automatic with a torque converter specifically adapted for off-road requirements (that also helps lower fuel consumption).

Mercedes promises that updates to the G-Class (often referred to as the G-Wagen or Gelandewagen) will not compromise the vehicle’s off-road capability.

Of all the world’s specialty vehicles, the only model more recognized the G-Wagen might be the Jeep Wrangler. And like the Wrangler, the G-Wagen’s legacy is steeped in legitimate military service. That said, we wish that a low-content version of the G-Class–one that might actually be put to serious off-road action–would be made available in the States. While we’re glad this unique and character-packed truck is offered in America, we bemoan the fact that most drivers would be better served by a more conventional, more comfortable, and more fuel-efficient crossover or SUV.