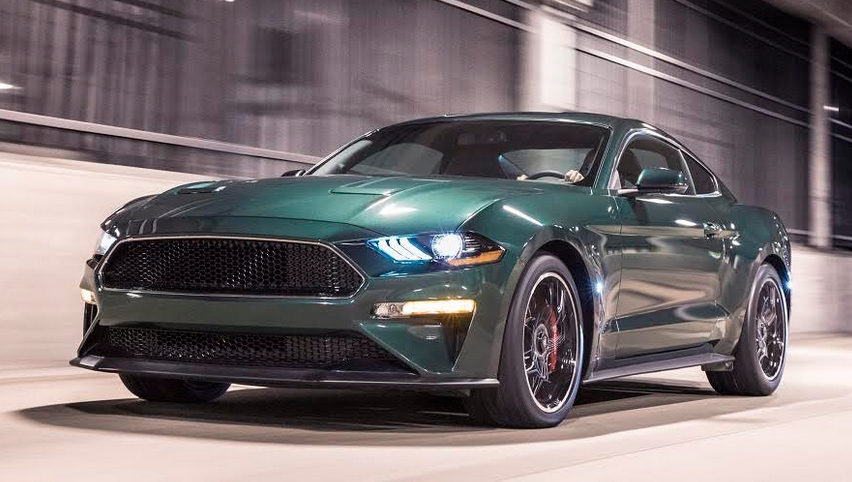 DETROIT—On the eve of the 2018 North American International Auto Show in Detroit, Ford unveiled the 2019 Ford Mustang Bullitt, a limited-edition model that pays tribute to the classic 1968 Mustang fastback in the 1968 Steve McQueen film Bullitt. The 2019 model will mark the third time Ford has produced a special-edition Bullitt Mustang; the first time was for the 2001 model year, and the second time was for 2008 and 2009.

Bullitt debuted in theaters 50 years ago this coming October, and the film’s legendary car-chase sequence between McQueen’s ’68 Mustang and a sinister black 1968 Dodge Charger is widely regarded as the greatest motion-picture car chase of all time. 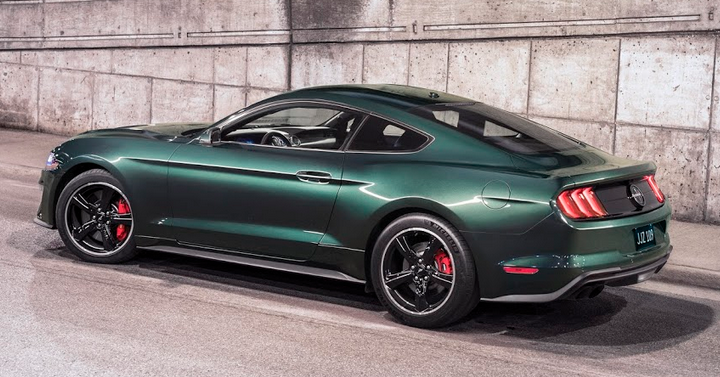 The ’19 Bullitt is based on the Mustang GT, but boasts more power. Bullitt’s 5.0-liter V8 will produce at least 475 horsepower, says Ford, an upgrade of at least 15 over the GT. Ford claims a top speed of 163 mph for the Bullitt–8 mph higher than that of the GT.

An active-valve performance exhaust system is standard, and tuned for the Bullitt to give the car a unique exhaust note. Also standard is a cold-air induction system and Shelby GT350 intake manifold—which account for the horsepower bump. A 6-speed manual will be the only transmission available.

Like the original movie car, the 2019 edition will be available in Dark Highland Green. Shadow Black will be the only other exterior color choice. “Torque-thrust”-style 19-inch wheels with red Brembo brake calipers are standard. Cabin appointments include a cue-ball-style shifter knob, another nod to the original movie car. Options are limited to Ford’s MagneRide adaptive suspension system; black-leather Recaro seats; and an electronics package with navigation, upgraded sounds system, driver-seat and mirror  memory, and blind-spot warning with rear cross-traffic alert.

Ford isn’t saying what “limited-edition” means production-wise, nor is the automaker making pricing information available just yet. The Mustang Bullitt goes on sale this summer.

We’ve always appreciated the understated look of Ford’s Bullitt-edition Mustangs, and certainly welcome an updated version packing more horsepower than ever before. We’d expect the Bullitt to come in at roughly $5000 more than the standard GT, which might seem steep to some shoppers with little appreciation for the Bullitt legacy.