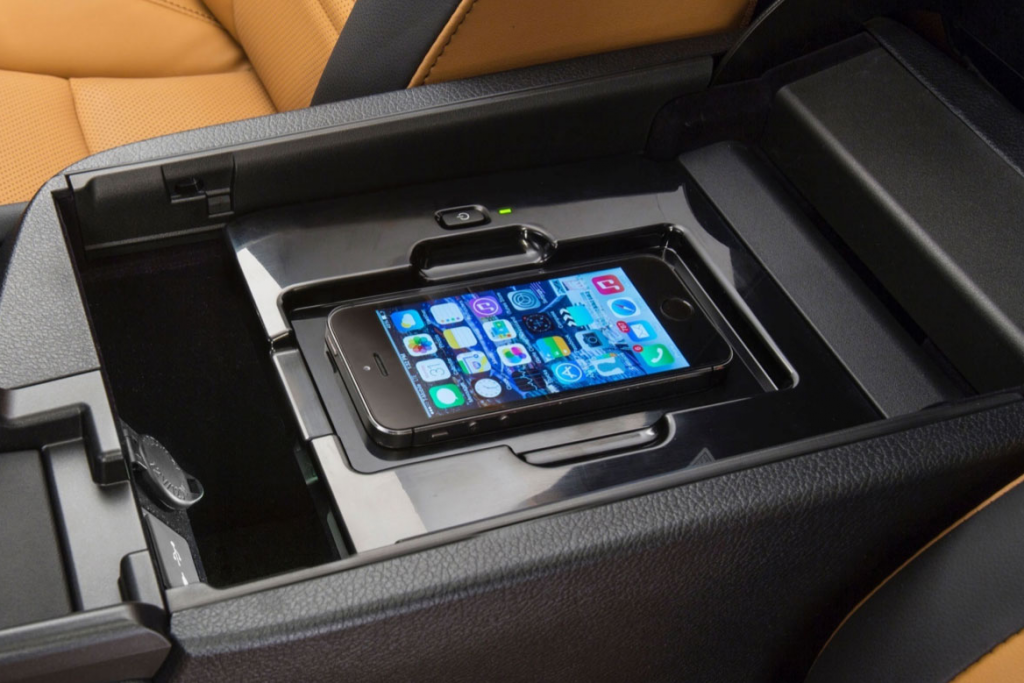 This Qi wireless charger is located in the center console of a Lexus NX compact crossover.

The concept of moving electric energy from a power source to a device without a wired connection is not new. Physicist Nikola Tesla developed the “Tesla Coil” more than a hundred years ago for that purpose. Practical applications, however, have been a long time coming.

The 1996-99 General Motors EV1, a pioneering modern-era battery-electric vehicle, was charged via inductive charging. A plastic paddle was placed in a slot near the hood of the EV1 to facilitate charging, though neither the paddle nor the in-car receptacle bore exposed metal surfaces. 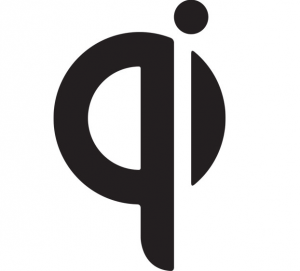 Qi is not a manufacturer of wireless charging devices. Qi is a software and hardware standard which allows such devices to work together.

The same inductive charging process is now being applied to mobile devices to allow consumers to charge phones and pads without cables, wires, or any other intermediary connection.

Home and office systems have been available for a couple of years now, but wireless charging systems are now available in a number of new vehicles, with more coming soon.

One standard for this process is Qi (pronounced “chee”), which happens to be the close approximation of the Chinese word for “natural energy.”

Think of Qi as you might Bluetooth: It is an operating system—a combination of hardware and software standards—shared by manufacturers to allow for seamless interaction between differing devices.

Qi-formatted chargers became available in a number of Lexus and Toyota models for 2015, with BMW, Cadillac, Chevrolet, and Hyundai models adding the equipment as standard or optional for 2016 and 2017.

While a Qi charging receiver can be built into a mobile device, they are not yet common. Instead, Qi phone cases are available that include integrated receiver panels. Charging cases typically run $20-$30, but do add more bulk to the device than a conventional case typically would.

Charging a device is easy enough. Simply lay the phone on the vehicle’s charger—using located around the center console—and wait for indication that charging has begun. This is important, because the phone must be more or less lined up with the coils in the Qi charger. In Toyotas with Qi charging, a green light will indicate that charging has commenced.

This Qi wireless receiver fits under existing phone cases and plugs directly into the device’s charging port. It retails for less than $20.

The Qi charger is a $220 option in the 2016 Lexus NX. Look for similar prices in other vehicles in which the system is available.

Note that many reviews of Qi charging lament longer charging times than for devices plugged directly into power sources—up to twice as long by many accounts. Additionally, Qi is less energy efficient than a direct wire connection. Given how little energy is actually involved in charging a cell phone, this is a negligible point, but it merits mention.

Finally, phones being Qi charged will become warm during the process. It has been suggested—though not proven—that this additional heat during charging could reduce the service life of the mobile device’s battery.

While Qi is the first charging standard to hit the market, it may not be the only one. Watch for other automakers to develop and market systems making use of different protocols and thus requiring different receiving devices.