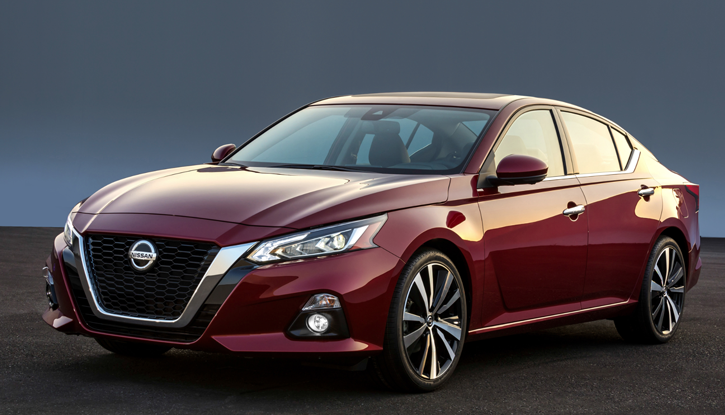 Nissan took the wraps off the all-new sixth generation of its midsize sedan at the 2018 New York Auto Show. In addition to the expected powertrain and architectural improvements, and the added technology features expected of a fully redesigned model, the 2019 Nissan Altima is now available with all-wheel drive—a rare feature in the mainstream midsize-sedan class.

Compared to the previous-generation model, the new Altima rides on a 1.9-inch-longer wheelbase and is 1.1 inches lower in height, 1.0 inches longer, and 0.9 inches wider. The bolder, more expressive exterior styling is inspired by the Nissan Vmotion 2.0 Concept that Nissan unveiled at the 2017 Detroit Auto Show. Inside are NASA-inspired “Zero Gravity” seats and a new “gliding wing” instrument panel with a standard Nissan Connect 8-inch touchscreen. 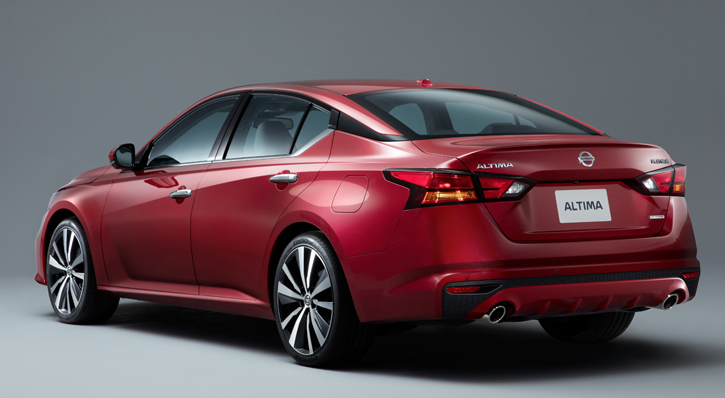 Both engines come standard with Nissan’s Xtronic continuously variable transmission. The all-wheel-drive system is available only on models equipped with the base 2.5-liter engine; it automatically redistributes torque to the wheels (from a ratio of 0:100 front up to 50:50 front-to-rear) according to road and driving conditions.

Other key newly available features include Nissan’s ProPILOT Assist, a driving assistance technology that is already offered on the 2018 Nissan Leaf electric vehicle and Nissan Rogue compact SUV. ProPILOT Assist combines adaptive cruise control, the ability to read road-lane markings, and other technologies to provide automatic acceleration, braking, and lane-centering steering inputs (though the driver’s hands must remain on the steering wheel).

Also new is Rear Automatic Braking, which provides object detection while the vehicle is in reverse and can automatically apply the brakes if necessary to avoid a collision. This feature joins the Altima’s other safety-technology features to form a suite that Nissan calls Safety Shield 360.

Trim levels ascend through Nissan’s traditional S, SR, SV, and SL models, which are joined by a new Platinum trim level and a limited-production launch-edition model.

The big surprise here is Nissan’s decision to make the Altima available with all-wheel drive; the only other vehicles in the midsize-car class that offer AWD are the Ford Fusion and Subaru’s Legacy sedan and Outback wagon. What’s not surprising, given market trends, is Nissan’s switch to all 4-cylinder powertrains, the implementation of ProPilot Assist technology, or the move toward more-dynamic styling (both the 2018 Honda Accord and Toyota Camry got notably flashier when they were redesigned last year). The new Altima looks well equipped to maintain its position near the top of the midsize-sedan sales charts—even if those numbers as a whole aren’t as strong as they once were.