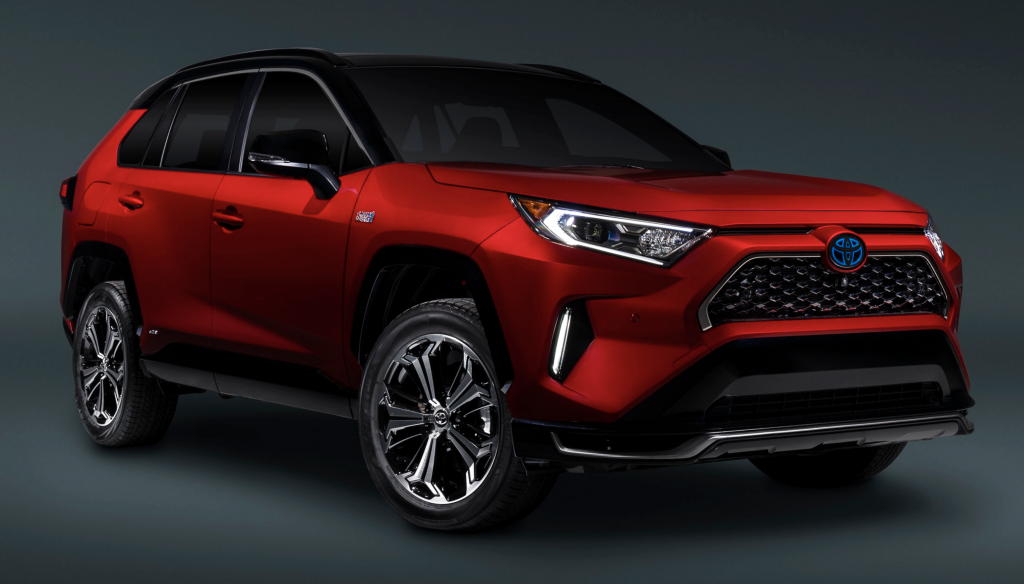 At the 2019 Los Angeles Auto Show, Toyota introduced the first-ever plug-in-hybrid version of its recently redesigned RAV4 compact SUV. Toyota says the 2021 RAV4 Prime is the most powerful and quickest RAV4 ever, in addition to being the most fuel-efficient.

The RAV4 Prime is powered by a uniquely tuned version of the regular RAV4 Hybrid’s 2.5-liter 4-cylinder, paired with more-powerful electric motors for an estimated total output of 302 horsepower—an 83-hp jump over the non-plug-in RAV4 Hybrid, and one of the highest ratings in the compact SUV segment. Toyota lists a 0-60-mph time of 5.8 seconds, an estimated 90 MPGe, and an estimated 39 miles of pure-electric driving range before the gasoline engine kicks in. Impressive figures all around, and we’re also happy to see that the RAV4 Prime runs on regular-grade gasoline instead of premium. 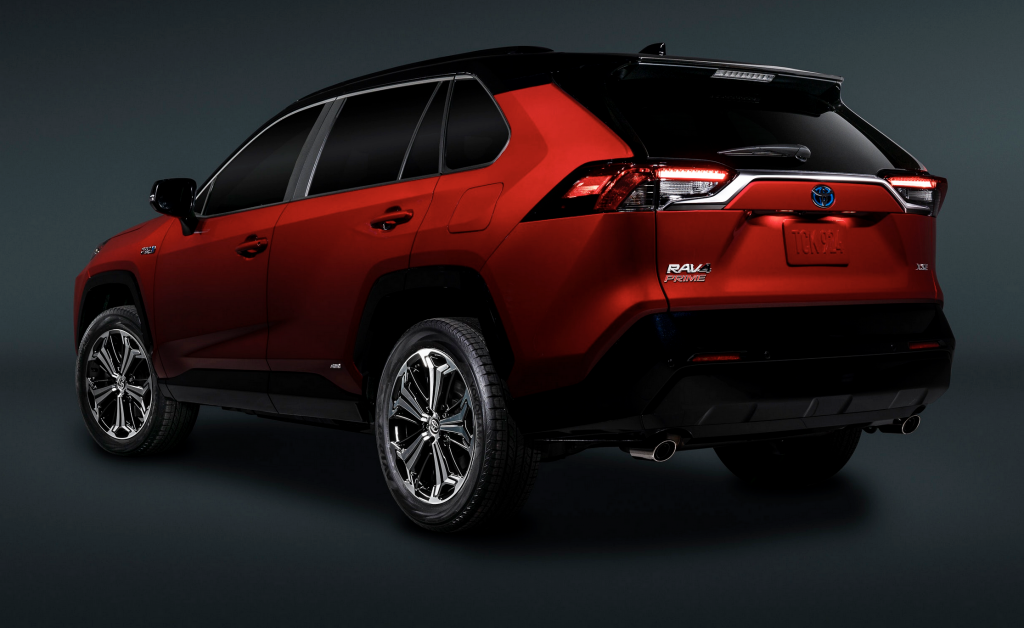 The RAV4 Prime is positioned as an upscale performance vehicle—it comes only in well-equipped SE and XSE trim levels. All-wheel drive and a sport-tuned suspension are standard, as are a unique front grille and front spoiler. SEs have standard heated front seats; power liftgate; 18-inch wheels; and an 8-inch touchscreen audio system with Amazon Alexa, Apple CarPlay, and Android Auto capability.

The fact that Toyota is introducing a plug-in-hybrid version of the RAV4 isn’t a huge surprise. What might be surprising to some is how overtly the RAV4 Prime is being positioned as a premium performance model, but that strategy is in keeping with auto-industry trends. For the past few years, many luxury-brand hybrid vehicles have been designed with a focus on performance and acceleration as much as efficiency, and now many mainstream-brand “green” vehicles are following suit. The RAV4 is Toyota’s best-selling vehicle, so we expect that popularity will help make this new Prime variant one of the most popular plug-in hybrids on the market.