In the fiercely competitive automotive industry, sometimes innovation just isn’t enough. Here are a few examples of groundbreaking automobiles that came up short in the marketplace.

1909-12 Badger and F.W.D.
Two Wisconsin machinist brothers-in-law invented a double-Y universal joint that allowed the front wheels of a motor vehicle to be powered and steered simultaneously. They set up a company to make the pioneering 4-wheel-drive Badger touring car. When a financial backer bowed out, the founders changed the name to F.W.D. Once they started making trucks, they realized that was a better use for their 4-wheel-drive system and abandoned passenger-car manufacture. 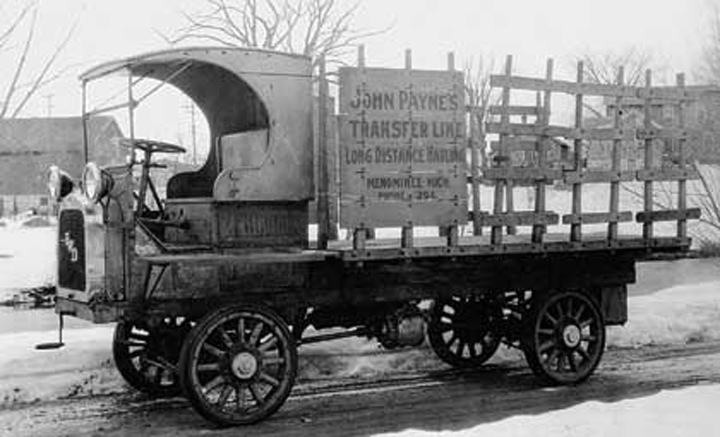 1922-27 Rickenbacker
Race driver and World War I flying ace Eddie Rickenbacker lent his estimable name to this Detroit-produced 6-cylinder car. Twin flywheels were featured on the 219-cubic-inch engine—one at each end of the crankshaft—to improve smoothness. (Larger sixes and eights were offered from 1925.) A shift to 4-wheel brakes in mid-1923 was a first for a car in the medium price class. Sales slowed in 1925, stock trading was suspended in early ’26, and Rickenbacker himself left the firm later that year. 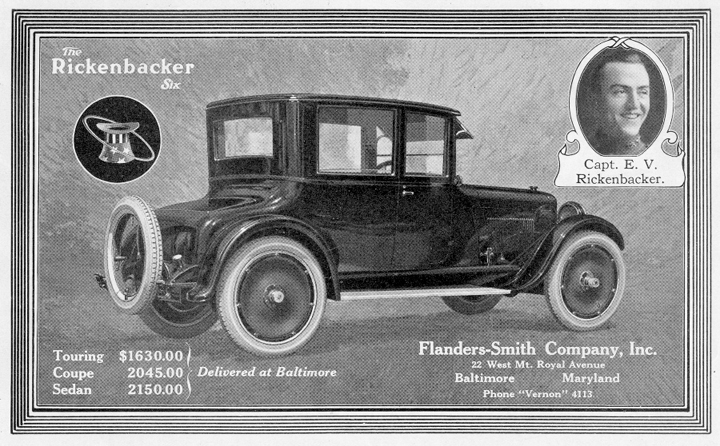 1923-31 Doble Models E and F
Abner Doble wanted to build a steam-powered car that would rival the finest gasoline-engine cars of the time when he set up the Doble Steam Motors Corporation in Emeryville, California. The Model E had a 125-horsepower steam engine that delivered a 95-mph top speed. It also had a quick-firing boiler that eliminated one of the traditional drawbacks of steamers. The Model E was built on an impressive 142-inch wheelbase and cost between $8,000 and $12,000—a truly lofty price at a time of great economic depression. Further, the internal combustion engine was already established as the dominant technology. About 26 Model Es and successor Model Fs were built. 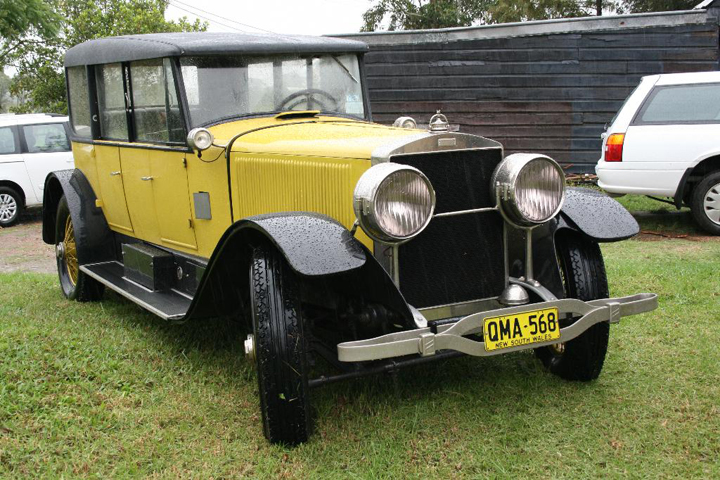 1934-37 Chrysler and DeSoto Airflow
The Airflow coupes and sedans discarded all the conventions of 1930s auto styling with a new “streamlined” look that better integrated the fenders into the body and melded grille with hood in a “waterfall” style. Rear seats were moved forward, ahead of the rear axle (instead of over it on other cars). But the appearance was too radical for buyers of the time, and more conventional models were hurried into production. DeSoto abandoned the Airflow after 1936, and Chrysler gave up on it in ’37.

1936 Stout Scarab
Aircraft engineer William B. Stout (of Ford Tri-Motor fame) developed the beetlelike Scarab with aircraft principles in mind. Built on a 135-inch wheelbase, the Scarab used a Ford V8 engine mounted in the rear. This opened up space for a flat cabin floor. Only the driver’s seat was permanently fixed; others could be arranged as desired, even positioned around a fold-down table. Stout hoped to build 100 cars at $5,000 each, but it is believed that only nine were ever completed.

Vehicles That Never Were: Fisker Surf 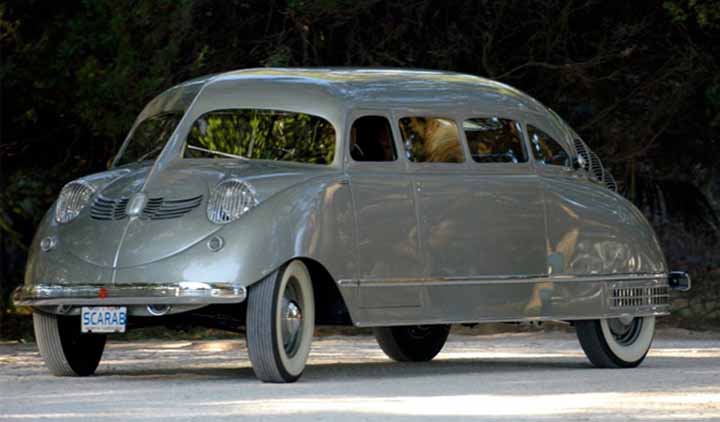 1947-49 Davis
This three-wheeled bullet-shaped car featured 4-abreast seating on its single seat as well as an aluminum body, hidden headlights, and a centered front wheel that allowed for exceptionally easy parking. The very earliest Davises had Kinmont disc brakes. But Davis Motorcar Company founder Gordon “Gary” Davis was soon facing lawsuits from franchised dealers who wanted their cars, and in 1950 he was convicted of fraud. An estimated 17 Davis Divan coupes and another three prototypes of a three-wheeler for the military were built in Van Nuys, California. 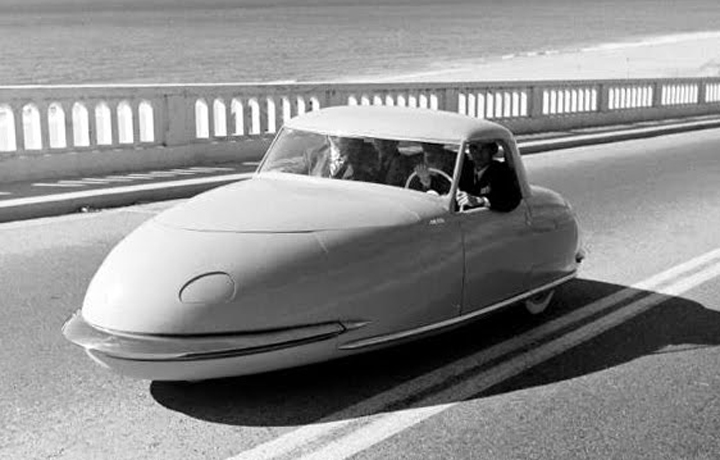 1948 Tucker Torpedo
Preston Tucker’s highly publicized sedan featured a rear-mounted 166-horsepower 6-cylinder engine and 4-wheel independent suspension. Safety features abounded, too, including a padded dash, a central instrument cluster, a pop-out windshield, and a central headlight that turned with the front wheels. Tucker secured a favorable lease to build the car in a former bomber engine plant in Chicago, but the Securities and Exchange Commission investigated him under fraud charges. Though he was cleared, Tucker’s dream faded with only 51 cars built.

1948-70 Aerocar
The Aerocar was just one of several attempts to make a light airplane that, once landed, could be converted into an automobile. Former Navy aviator Moulton Taylor was the force behind the Aerocar. He designed three generations of Aerocars over the years, each of them designed to carry their propeller, wings, and stabilizers in a 14-foot trailer once on terra firma. Ford Motor Company took some interest in Taylor’s work in 1970, but then decided it had too many issues to consider for the production of regular cars to expend resources to develop a flying car. A handful of Aerocar prototypes were built and rebuilt over the years.

1967-77 NSU Ro80
The first automaker to put Felix Wankel’s compact rotary-piston engine into a production car was NSU, of Neckarsulm, Germany, in 1963. The company next wanted to showcase the engine in a sedan that was bigger than its usual automotive products. Thus, the front-wheel-drive Ro80 was born. Sporting a quiet 115-horsepower twin-rotor Wankel engine, the aerodymanic 4-door sedan could reach 60 mph in less than 14 seconds. The Ro80 was costly to manufacture, and its high prices held down sales. The financially strapped NSU was taken over by Volkswagen in 1969.