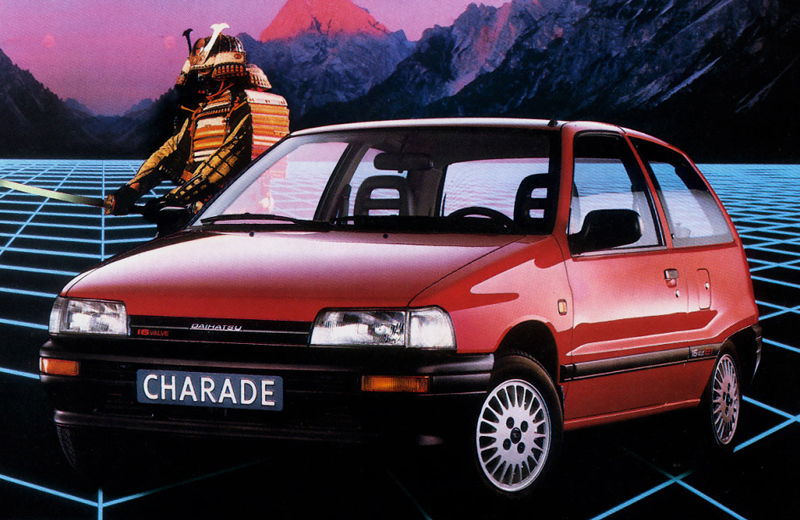 It wasn’t just automotive branding; the Eighties were rife with questionable marketing efforts. Unloaded on a largely dismissive public were the Betamax-format VCR, Colgate Kitchen Entrées (really), and Joanie Loves Chachi. Still, we can forgive such flops, as the buying public can be unpredictable when it comes to technology, food, and entertainment. But carmakers—well, by the Eighties they’d been making and selling cars for most of a century. 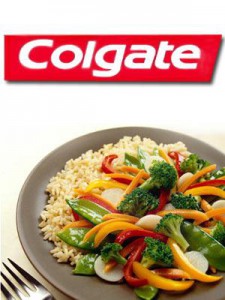 Yet, despite considerable experience, marketing types at car companies have been known to make mistakes. I submit here five examples of car names launched in the Eighties that probably should have been more carefully considered. Got your own list of Reagan-era bad car names? Let’s hear what you have. 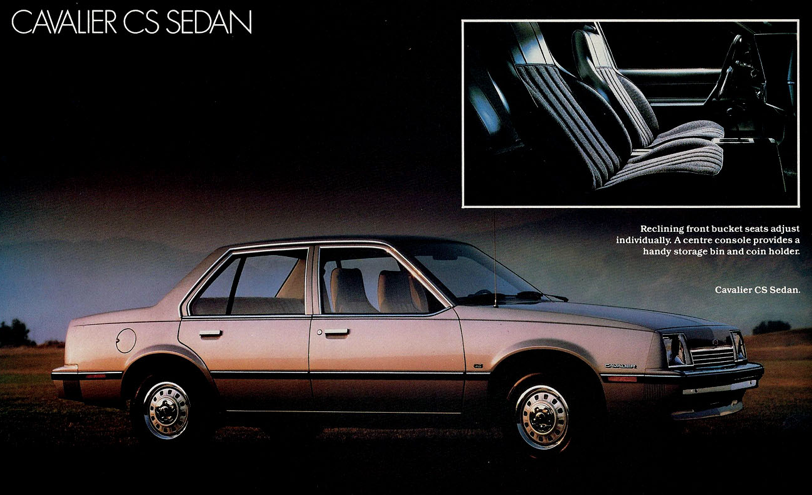 One might argue that Cavalier was a perfect name for this car, especially when delivered in hard-plastic bare-bones trim. With a buzzy engine, industrial-grade interior trim, loads of highway wind noise, and haphazardly applied paint, one might argue that General Motors had a rather Cavalier attitude towards build quality and refinement. 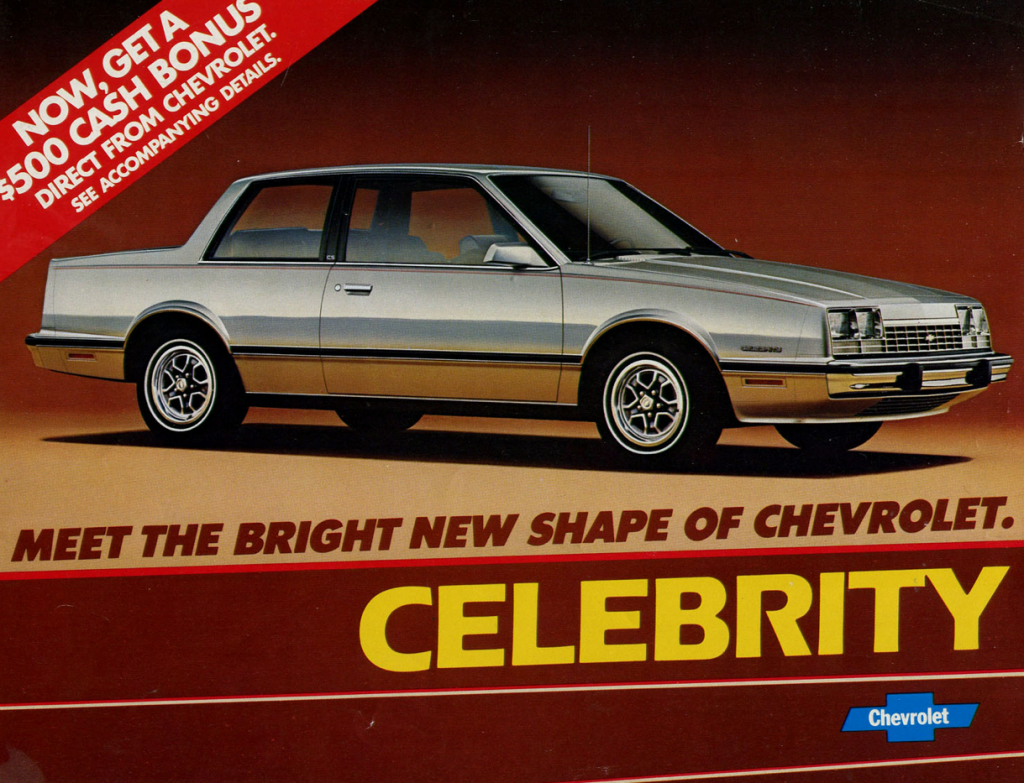 Aspirational car branding typically includes such reaching details as slapping the word Brougham after the word Caprice. But associating the likes of beloved red-carpet dwellers with a car that came standard with vinyl seats, a solid-beam rear axle, and an underachieving pushrod 4-cylinder engine is borderline delusional. One wonders, too, how many owners of this functional, affordable American parking-lot staple really dreamed of the limelight. 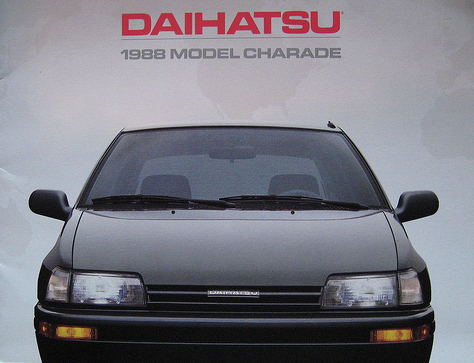 Was the word “Hoax” taken? So, a company brand new to this market with no marteking equity whatsoever gives one of its two launch products a name synonymous with fraud. Perhaps not surprisingly, Daihatsu’s U.S. operation was shuttered in 1992 after a less than six-year run. 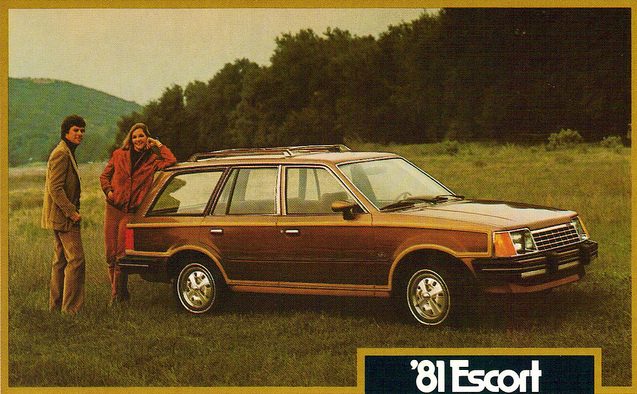 Sure, there was a popular radar detector bearing the same name in the Eighties, but when I heard Escort I pretty much thought “working girl.” Ford no doubt meant to portray their thrifty front-driver as a trusty companion, but to many the name suggested companionship of a more temporary nature. 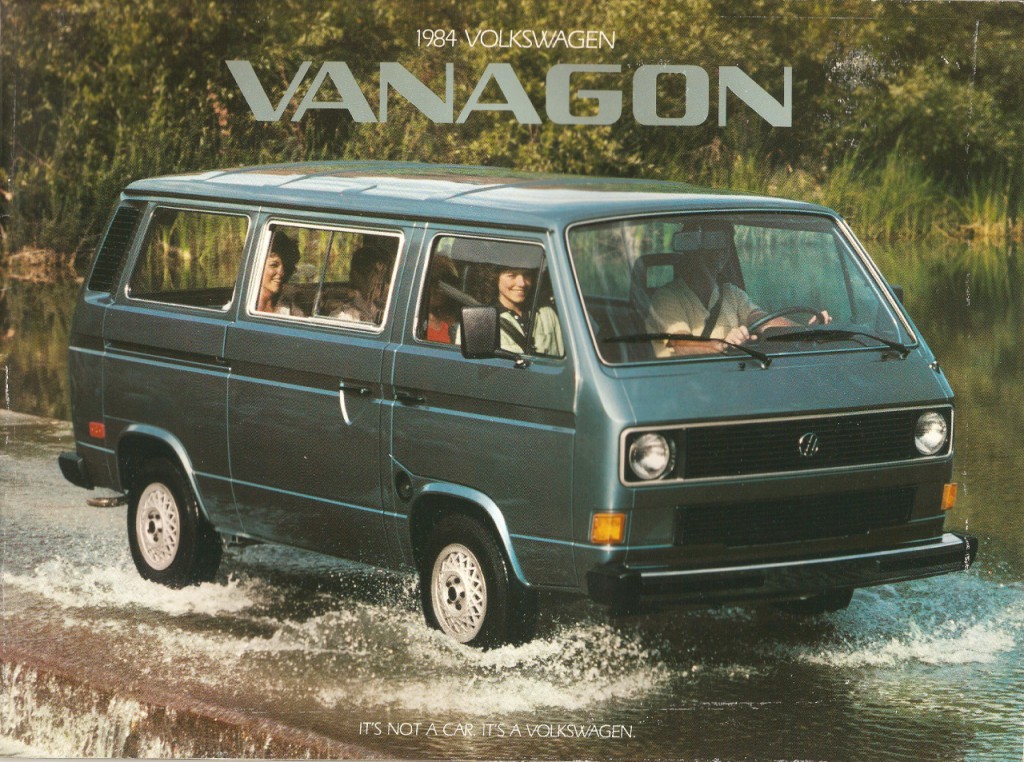 I hate this name. To make this van/wagon-hybrid name work, it should be pronounced “van-aggin,” which it is not. I suppose there’s a bit of next-generation cleverness to the correct “van-again” pronunciation, but I don’t really care. Volkswagen went with the Eurovan moniker for the next generation of its quirky people mover, which was a huge improvement.