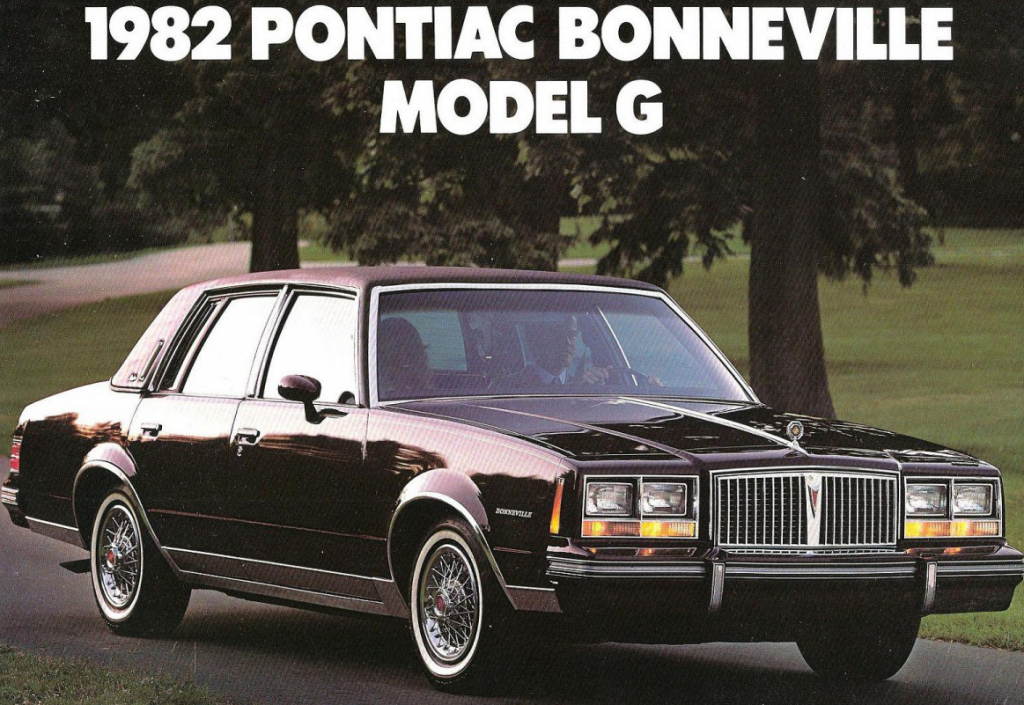 Pontiac’s motives were clear enough: Clear the deck of hard-to-sell big cars and focus on the growing midsize segment. With this in mind, the folks steering the Excitement Division’s product development ship elected to kill off the full-size Catalina and Bonneville and move the popular Bonneville badge down a notch, applying it to the brand’s midsize lineup.

All this happened for 1982. Pontiac left large-sedan sales to Buick, Chevrolet, and Oldsmobile. Also dead was the LeMans model name, as all LeMans models became Bonneville Model Gs for ’82.

With the move from LeMans to Model G, Pontiac’s midsize fleet received a significant facelift, the result being a clear styling similarity to the departed big Bonnies.

Note that the Canadians would have nothing to do with this switch-up. Instead, Canadian Pontiac dealers sold the Model G as the LeMans, and continued selling a true full-size car–named Parisienne up north instead of Catalina or Bonneville–to a grateful public. Because the Bonneville on which it was based had been discontinued, the 1982 Parisienne was actually a thinly disguised Chevrolet Impala–a fact which didn’t seem to hamper sales much.

While the changes to the 1982 U.S.-market Pontiac lineup may appear draconian, its important to remember that the decisions that led to them were made in the wake of massive gasoline price inflation, and during a fairly significant recession. Gas prices had doubled between 1975 and 1980, creeping past the dollar-per-gallon line for the very first time. These rising prices coincided with a sudden economic reversal that saw the healthy late-Seventies economic growth peter significantly by the early Eighties.

Despite the apparent corporate forethought, the buying public was having none of it. With the Catalina/Bonneville gone, and the LeMans name deleted from the lineup, the Model G stood alone for 1982 as Pontiac’ sole large/midsize offering–and it failed miserably.

Just one year after combined Pontiac large/midsize sales of over 180,000 units for 1981 (see chart), the Bonneville Model G—now flying solo–found just over 80,000 customers for 1982. It’s worth noting that the LeMans alone had accounted for more sales in ’81.

While it seems clear that Pontiac customers failed to see the Model G as a viable substitute for a full-size car, there was another impediment to purchase for customers: the Model G’s price.

Another likely problem for customers was the Model G engine lineup for 1982. Incredibly, the only V8 available was GM’s much-derided 5.7-liter diesel. Customers looking for a gasoline engine were stuck with either the standard 3.8-liter V6, or the optional (and only modestly stronger) 4.1-liter V6.

Pontiac brass responded quickly to the sales plummet, and made hurried plans to bring a large car back into the lineup. Enter Parisienne.

Fortunately for Pontiac, the Canadian-market Parisienne needed little work to become U.S.-ready and was in showrooms by the middle of the 1983 model year. As the Bonneville name had already been reassigned to the Model G, the Parisienne name was adopted for the U.S. model as well.

After a disastrous 1982, and a confusing 1983, 1984 proved to be a stellar year for Pontiac. The Parisienne, in its first full model year, claimed more than 60,000 sales—this while Model G sales slipped only modestly. Model G sales were likely bolstered by the addition of an available 5.0-liter V8 to the car’s engine lineup.

The big sales news, however, was the 6000. One of GM’s new front-wheel-drive midsize cars, the Pontiac 6000 was an immediate success. Racking up more than 120,000 sales in its first full model year, the 6000 was expanding Pontiac’s midsize market share without cannibalizing Model G sales. 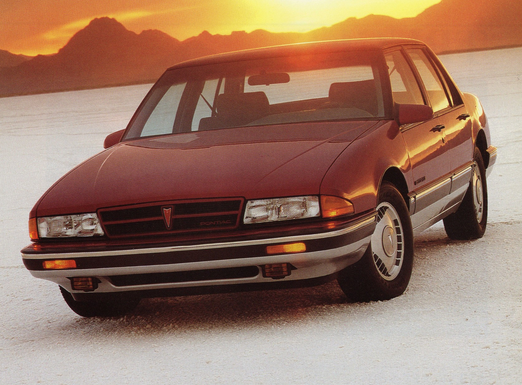 Public interest in the Model G would continue to decline after 1984. Sales slipped to around 53,000 units for 1985, and a little under 41,000 for 1986. Pontiac killed the Model G and the Parisienne after 1986, and applied the Bonneville moniker to an all-new (and wildly popular) front-drive large car.

Whether the Model G story is one of incorrectly reading market trends, or one of incredibly quick course correction is up to historians to decide. While the Model G itself didn’t prove to be an especially important model for Pontiac, the car did play a key role during an especially volatile time for the brand. The Bonneville Model G was also proof that shoppers won’t buy a car just because it wears a legacy badge.

Oh, and regarding the “Model G” designation: The Model G suffix began falling out of use almost immediately. By 1983 Pontiac was referring to the car simply as Bonneville—this perhaps to avoid reminding shoppers that the car was a replacement for something that they may have liked better.