The folks in Hollywood know a good thing when they see it; that’s why there’s a sequel or follow-up to virtually every blockbuster movie or TV show. Like so many things in life however, not all spin-offs meet with success.

Sure, The Mary Tyler Moore Show gave birth to the popular spin-off Rhoda, and more recently Better Call Saul has captured much of the Breaking Bad fan base, but for every spin-off success, another falls flat. 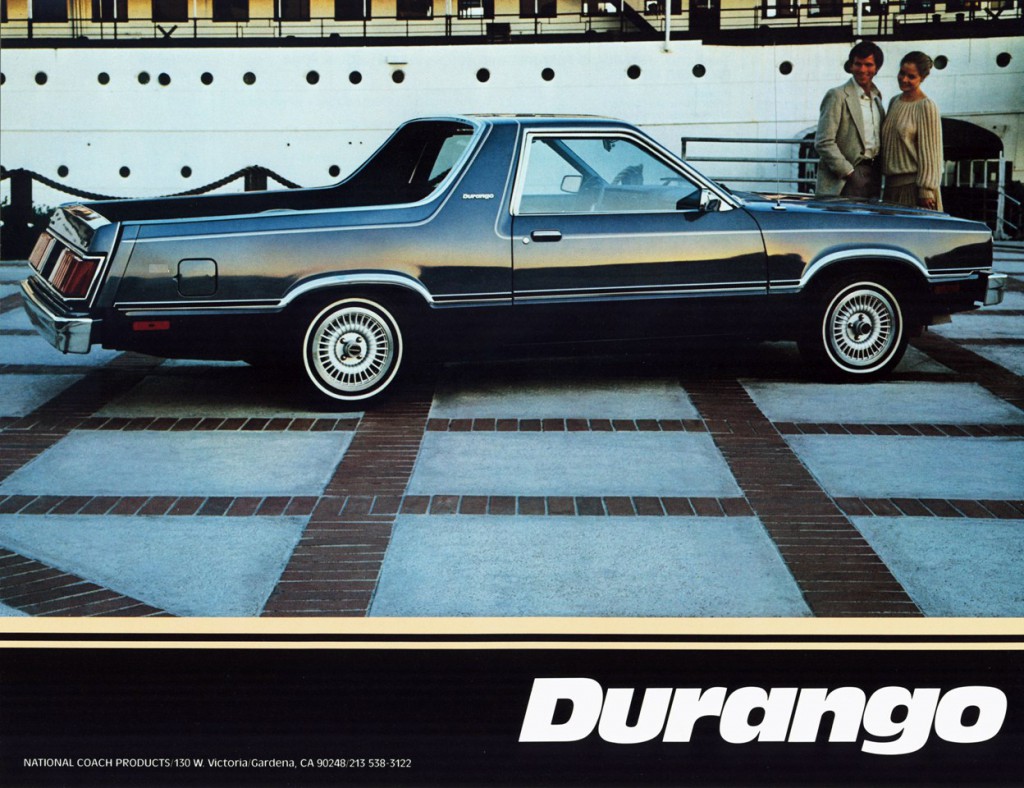 Like Hollywood, the auto world is full of sequels and spin-offs too, and not all of them are successful.

Consider the case of the Ford Durango, a handsome car-pickup designed and produced shortly after Ford’s last Ranchero rolled off the assembly line. The brainchild of body-shop owner and custom-car fabricator Jim Stephenson, the Durango—which could not be called Ranchero—began life as a Ford Fairmont Futura, the coupe companion to the Fairmont compact sedan.

While it is safe to say the Durango project failed, the product itself cannot be blamed. Like so many things in life, the Durango might have been a hit had its creator not taken ill, and the conversion not been so costly.

Stephenson saw the potential for a compact car-pickup almost immediately after laying eyes on his first Futura, and began work on his project with help from cooperative engineering folks at Ford. This was in 1979, a year after the all-new Fairmonts arrived in showrooms.

Jim was happy with the results of his conversion, and had he not suffered a debilitating kidney failure, he might have gotten a product to market in time to compete with the newly downsized Chevrolet El Camino (and its near twin, the GMC Caballero), which arrived for 1978.

Almost two years passed before Jim returned to work on the Durango. A prototype was shown at a 1981 Lincoln-Mercury new-model-preview event in Las Vegas and met with favorable reviews. Folks from both Ford and Mercury divisions expressed interest in the car, suggesting combined potential of up to 25,000 units a year. One caveat: The car could not be called Ranchero. Ford marketing types were not prepared to bestow the heritage-rich name on Jim’s conversion, even if it was conceptually the same vehicle.

The Durango name came from a man named Bill Feldhorn. Bill’s company, National Coach Products, would produce the Durango at its facilities in Gardena, California.

The Durango itself was a very straightforward conversion of the Fairmont Futura, requiring only a custom bed, new rear glass, and some reinforcing of the rear panels.

Powertrain options were the same as those offered in Futura: a 2.3-liter four, 3.3-liter six, and 4.2-liter V8. The 4-cylinder engine could be had with a 4-speed manual transmission or 3-speed automatic, the six and V8 came only with the automatic. 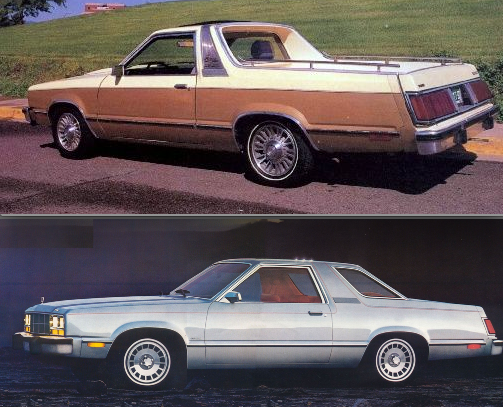 A profile view of the Ford Fairmont Futura (bottom) makes it clear how easily the coupe was converted to a car-pickup. The rare Durango Sun Coupe (above) boasted a sunroof and stainless-steel “targa” treatment.

Though National Coach ramped up to produce as many as 200 Durangos a month, the vehicle proved nowhere near that popular. Several accounts put total production at just 119 units, most of which were built in 1981. Durango production continued into 1982, but only a handful were actually built. Despite initial interest in a Mercury version of the Durango, no such vehicle was ever built.

Price was probably the Durango’s biggest drawback. At a time when a new Chevrolet El Camino started at $6988, a Ford Fairmont Futura listed for $6355. The cost advantage disappeared after the Durango’s $2000 conversion price was added to the bottom line.

The Durango could be had with a couple of cool accessories, including a custom-fitted fiberglass top and rear air shock absorbers, the latter of which was handy for anyone carrying heavy loads.

Also available was a Durango Sun Coupe, which featured a sunroof and stainless steel targa-bar treatment.

Though rare today, the Ford Durango has a loyal following. Durangos regularly show up at car gatherings, and can be found for sale on a regular basis. Because the Fairmont Futura utilized Ford’s versatile Fox-body architecture, many of the performance modifications seen on contemporaneous Ford Mustangs can be applied to the Durango—and generally have been. Many Durangos still on the road have been upgraded with Mustang wheels and tires, as well as versions of the ‘Stang’s 5.0-liter V8.

As far as sequels go, the Durango didn’t cut it. But one has to wonder if a more affordable in-house effort by Ford might have proved more popular. Perhaps a clever product placement on a TV show might have helped…just not AfterMASH or Joanie Loves Chachi.

For much more information about the Ford Durango, check out the February 1995 issue of Collectible Automobile magazine.