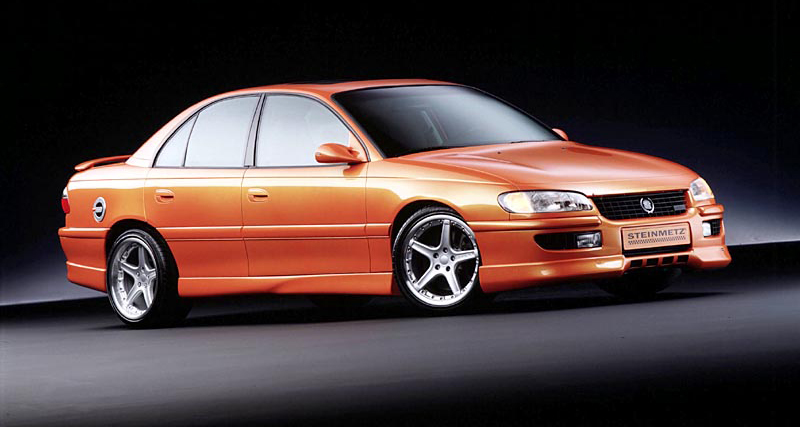 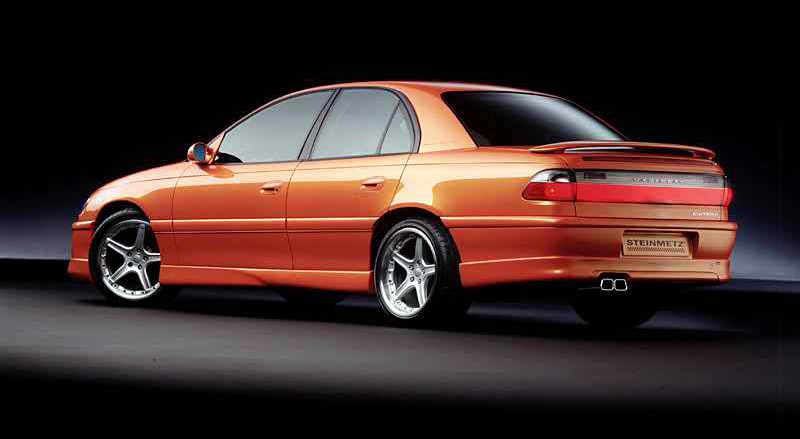 Description: A high-performance tuner variant of the production Cadillac Catera 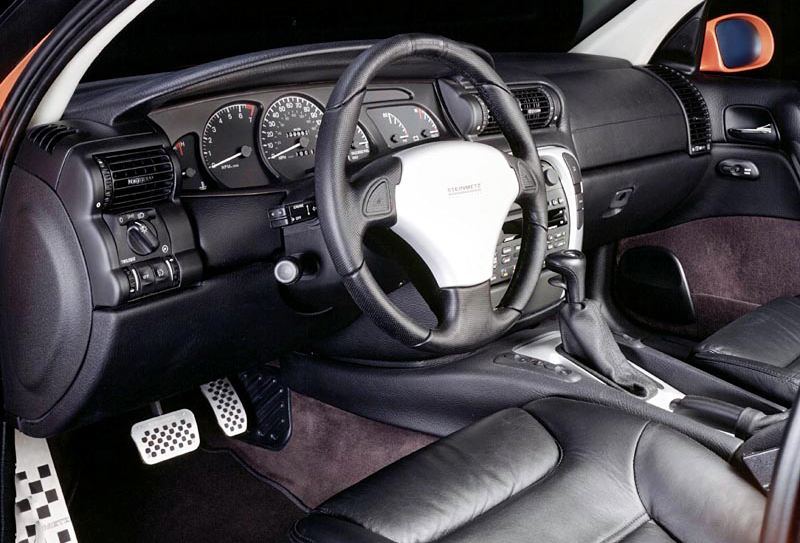 Details: The Steinmetz Catera Concept was produced by Cadillac to gauge public demand for a “hot-rod” Cadillac. As the production Catera was based on the Opel Omega, Cadillac turned to Steinmetz, a German tuning company specializing in Opels, to develop the concept car. In addition to exterior trim updates, the cabin was tweaked as well, featuring sport front seats, drilled aluminum pedals, a sport steering wheel, and unique leather upholstery. More importantly, the suspension was significantly upgraded. The Steinmetz Catera rode lower than the stock Caddy, and featured unique 18-inch alloy wheels. Brake upgrades included a move to larger front rotors and double-piston front calipers. The Steinmetz folks also massaged the engine, upping the horsepower output of the stock 3.0-liter V6 from 200 to 284 thanks to the installation of an intercooled, belt-driven supercharger. The Steinmetz Concept made use of the stock Catera’s standard 4-speed automatic transmission. The concept car was finished in eye-grabbing PPG-brand Orange Fire paint. 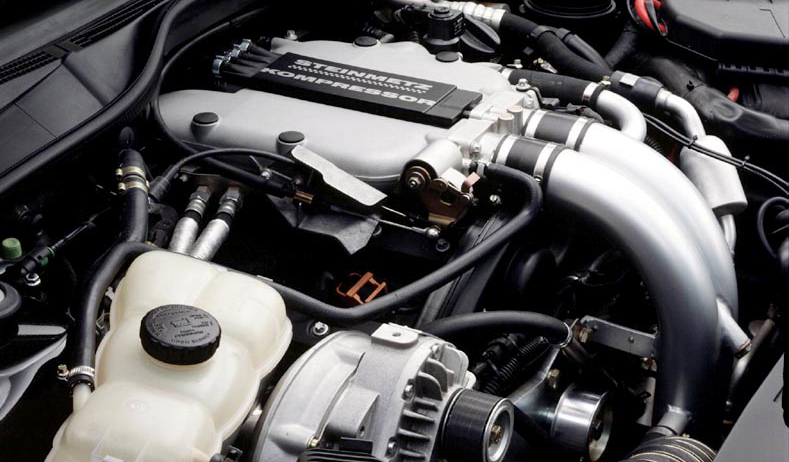 CG Says: By the time the Steinmetz Concept hit the auto-show circuit, the Catera had already been branded a failure. Called out by the automotive media for its dull design and less-than-premium cabin appointments, the Catera proved a tough sell for Cadillac. Revealed alongside the Steinmetz was the 2000 Catera Sport, which featured firmer suspension tuning and 17-inch alloy wheels in place of the model’s standard 16-inchers. Though contemporary reviews of the Sport’s handling were generally positive, sales of the Catera dragged. Cadillac moved just over 17,000 Cateras for 2000, down from a peak of 25,000 in 1997.

Had the Steinmetz proved popular with the public, it might have become the first vehicle to wear the Blackfin badge, a sub-brand Cadillac marketers were considering applying to a series of high-performance model variants. The lack of excitement surrounding the Steinmetz Concept cooled Cadillac management’s interest in the Blackfin project.

The Catera was dropped from the Cadillac lineup after 2001, and replaced by the decidedly sportier looking CTS for 2003. In the spirit of the Steinmetz, a high-performance CTS-V variant was added to the CTS portfolio for 2004. The “V” was powered by a 400-horsepower 5.7-liter V8 that could be paired with an available 6-speed manual transmission.