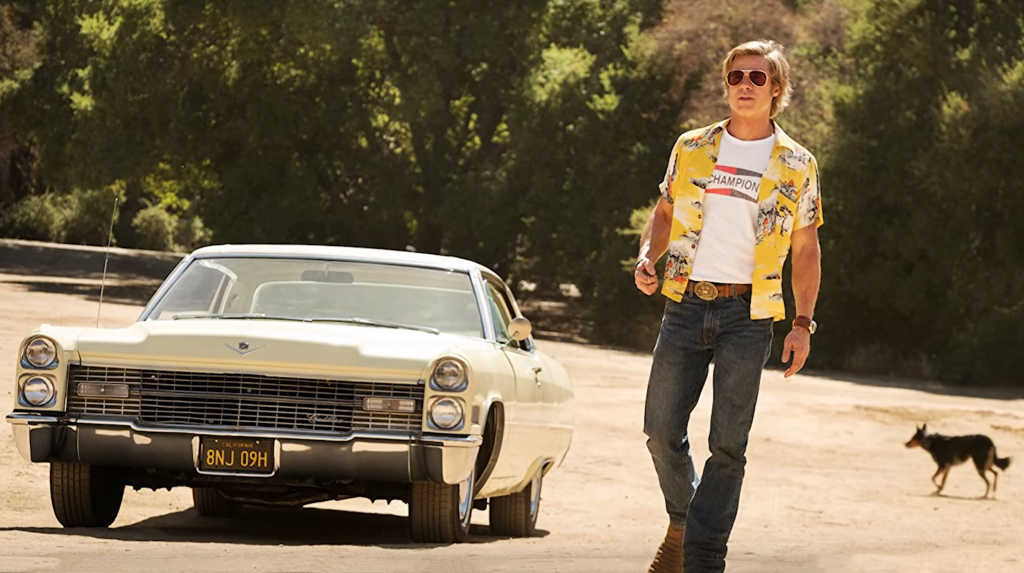 Advertised as Quentin Tarantino’s ninth film, Once Upon a Time…in Hollywood is the story of a middle-aged actor and his longtime stuntman and personal friend set around the time of the Manson murders.

The movie has received critical acclaim, though some longtime Tarantino fans have expressed disappointment in the film’s thoughtful pace and lack of the director’s trademark violence. Indeed, Hollywood is more Jackie Brown than Pulp Fiction, and at nearly three hours long, goes about its business in a rather relaxed manner.

For the record, this author loved every minute of the film, while his daughter—a Quentin fan—felt the movie was, “slow.”

Love or hate the film, Hollywood is a car-guy’s dream. Much as The Blues Brothers is a video document of Chicago in late Seventies, Hollywood is a meticulously crafted recreation of the streets and highways of Southern California in the late Sixties.

The video clip above demonstrates the level of detail that went into crafting Los Angeles street scenes for the movie. It is amazing that so many period cars, trucks, and busses can be gathered in one place–even for the purposes of filming a big-budget film.

Tarantino has a reputation for effective casting, and fans of Brad Pitt and Leonardo DiCaprio will not be disappointed. Also well cast are the cars, a few in particular. Here we’ll take a look at the four cars that saw the most screen time in “Hollywood”: 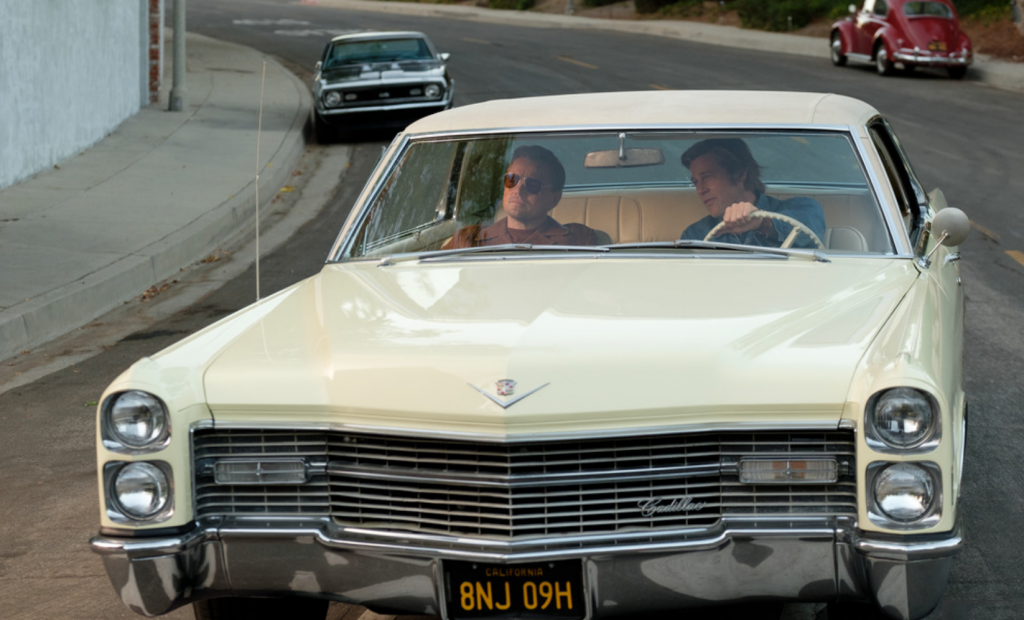 Though owned by actor Rick Dalton (Leonardo DiCaprio), this 1966 Coupe de Ville is driven exclusively by Cliff Booth (Brad Pitt). Having lost his license for driving drunk, Dalton is chauffeured around by Booth, who also happens to be his stunt double. This big Caddy is seen in a number of wonderful street scenes in the movie, as well as at speed. The car is well cast as the primary ride of a one-time Western TV-show star. 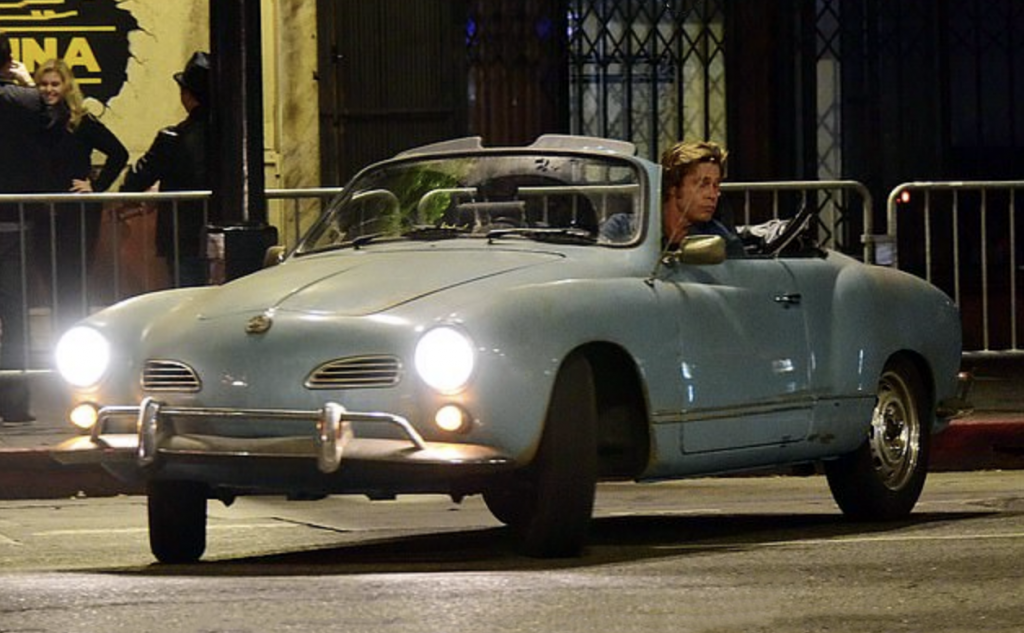 When Cliff Booth isn’t behind the wheel of the ’66 Caddy, he drives his own Karmann Ghia. At one point in the film Booth executes the kind of reverse J-turn that would make Jim Rockford proud. The Karmann Ghia is featured in a night-driving scene that is a joy to watch. By the way, we’re guessing this beat-up convertible is a 1966, though it could be a little older than that. 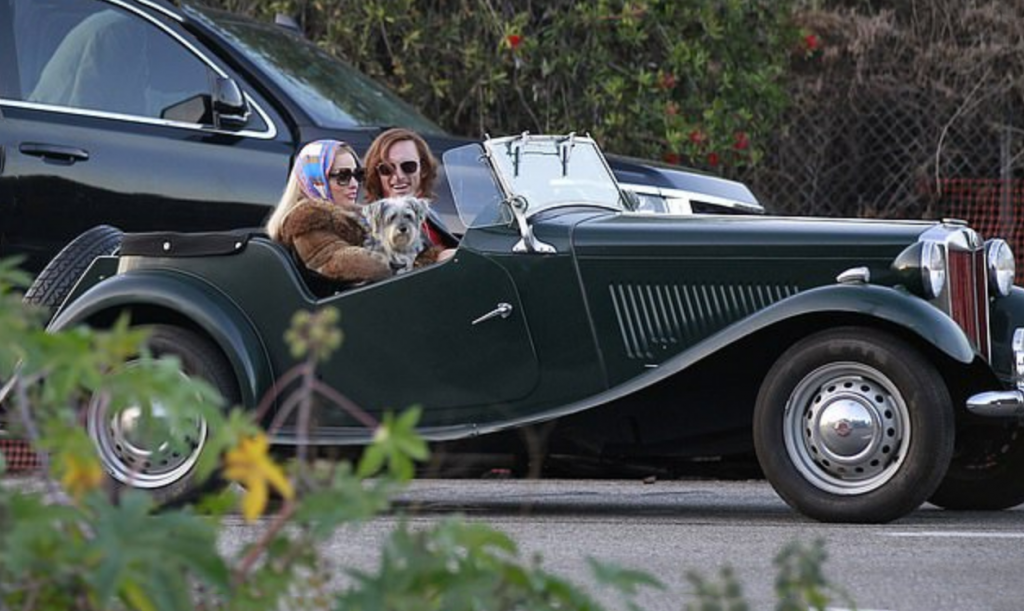 This classic Brithish roadster is the property of filmmaker Roman Polanski (Rafal Zawierucha), and is seen in most scenes with actress Sharon Tate (Margot Robbie) in the passenger seat. The car doesn’t get much screen time, but is seen pulling up to the Playboy Mansion West as well as buzzing up and down Cielo Drive–a thing which should send chills down the spine of Manson Family history buffs. The MG TD didn’t change much over its production run, so an exact model year is difficult to pin down. 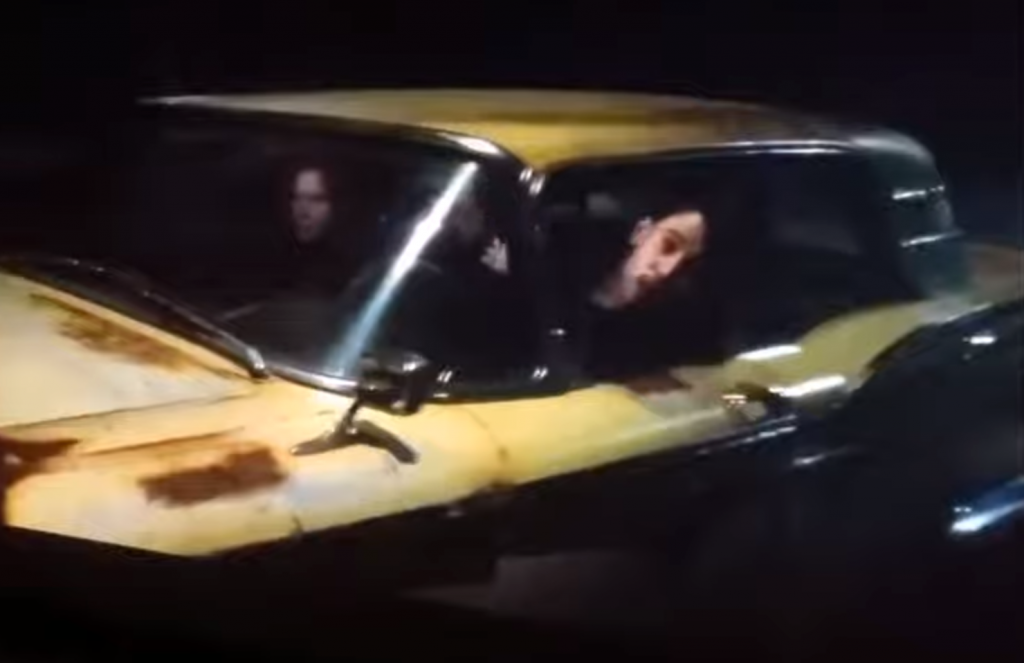 When members of the Manson family head out for a midnight ride through the hills surrounding Hollywood, they do so in a trashed 1959 Ford Galaxie, at least they do in Tarantino’s film. Question: Did a worn-out muffler change the course of recorded history? See the movie and decide for yourself.