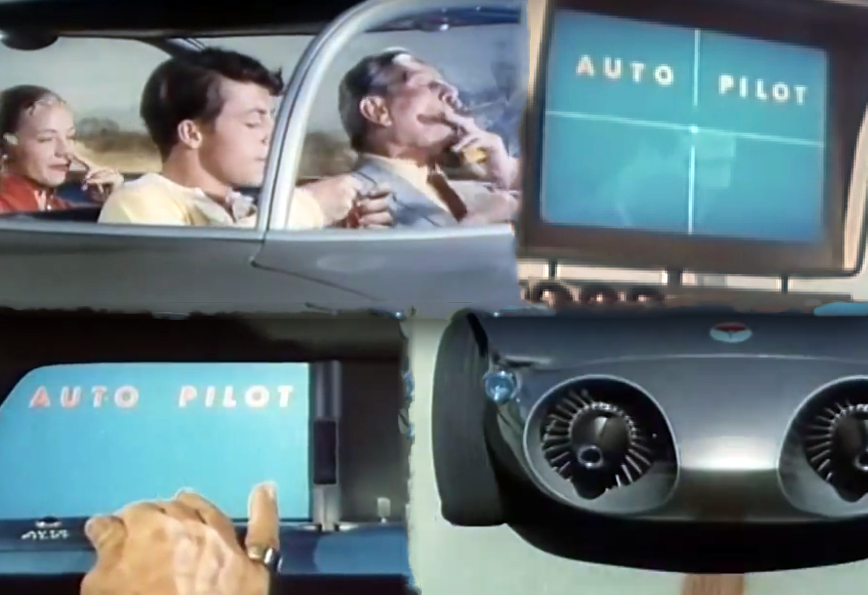 In the 1956 short film “Key to the Future,” General Motors predicted a hands-free driving system not unlike the Cadillac Super Cruise option due for 2018.

The 2018 Cadillac CT6 is slated to offer Super Cruise–General Motors’ first true hands-free driving technology–when the car goes on sale this fall. That’s great, but we think GM had autonomous driving nailed more than 60 years ago. Well, maybe not nailed, but the company certainly had a good handle on what hands-free driving might look like one day. In the promotional film “Key to the Future,” GM explores the possibility of hands-free driving from the perspective of a family of vacationers. The film was first seen in 1956 as part of GM’s annual touring Motorama exhibition.

In the film, a family of four find themselves stuck in gridlocked traffic, imagining how traffic would be handled twenty years in the future—in 1976.

A quick musical number later, the same family finds itself cruising through an unnamed desert in a Firebird II, a GM experimental turbine car making the Motorama rounds in ’56.

Shortly into this desert blast, it is determined by the gentleman behind the wheel (dad) that the best course of action would be to pull in the “High-Speed Safety Lane.”

Doing so involves a series of steps, including a call to “Auto Control” for approval and guidance, and some fussy dashboard-knob tuning by dad as he matches the Firebird II with the “Electronic Control Strip” embedded in the roadway.

Once situated, however, the folks in Firebird II are given permission to engage “Auto Control” and cruise hands free. 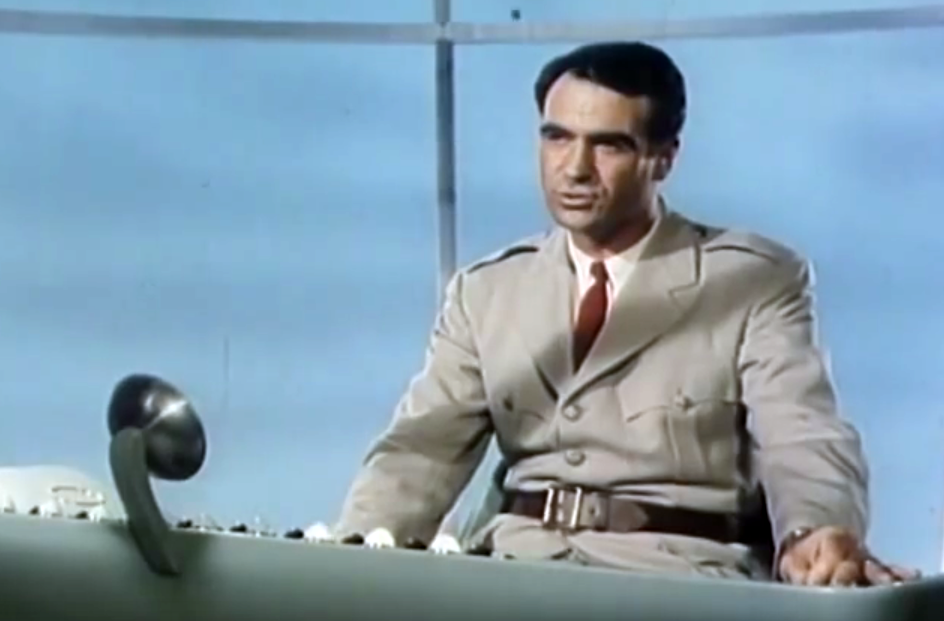 Operator at the “Autoway Safety Authority”

It is in this respect that GM’s 1956 Auto Control most closely approximates Cadillac’s new Super Cruise feature. Super Cruise, a $1700 option to become available on select CT6 models for 2018, will enable drivers to drive hands-free for extended periods of time on some highways when conditions permit.

The semi-autonomous Super Cruise will not handle on- or off ramps for you, nor will it operate on rural roads or in congested areas. Additionally, Super Cruise will keep tabs on drivers, making sure that they aren’t falling asleep or otherwise inattentive.

In the Fifties, General Motors’ imagined “Auto Control” system assumed that the roads of tomorrow would be built with autonomous driving in mind. Seeing as the United States Congress of 2017 is no longer able to pass a simple budget, it seems unlikely that federal money will ever be spent to ensure a hands-free driving future. Thus, Super Cruise relies on a number of onboard cameras and sensors to keep the vehicle on course, instead of guidance from a high-tech highway.

The Key to the Future film’s big miss regarding the hands-free driving of the future was not how that goal might be accomplished, but how soon. The future scenario taking place in the GM short is supposed to happen in 1976—more than 40 years before GM’s Cadillac division would be set to sell its first Super Cruise-equipped vehicle.

Just so you don’t forget that this movie was created in 1956, take note of the “Autoway Safety Authority” administrator’s description of the hostess at the Sunset Hotel. Amusingly, he sings this line.

While watching the film, ask yourself this important question: “What did this cost to produce?”