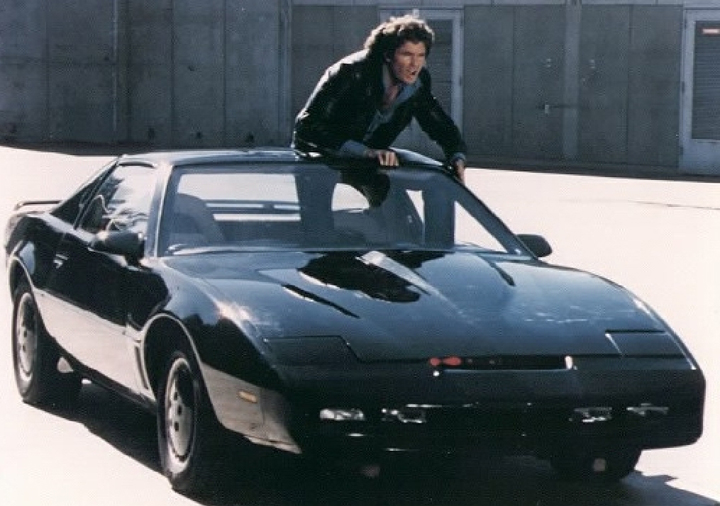 Where have you gone, David Hasselhoff? Detroit turns its lonely (electronic) eyes to you.

Cadillac is road-testing a system designed to automatically steer, brake, and keep a car centered in a lane. In other words, drive itself. General Motors’ luxury-car division calls this system “Super Cruise” and says it could find its way to showrooms by the middle of this decade.

We’re not making this stuff up. But somebody did. In the Eighties. For a television show. They called it KITT.

For decades now, deep-thinkers in the auto industry have been on a quest to develop a vehicle that is “smart“ enough to look out for itself, thereby neutralizing the unpredictability of the one operational system beyond the control of engineers: the driver. The super-computerized Knight Industries Two Thousand—basically a 1982 Pontiac Firebird Trans Am with a “Quick-order Technology Package” to die for—could do all that and more in the Knight Rider series.

Super Cruise relies on an amalgam of radar, ultrasonic sensors, cameras, and GPS mapping. According to John Capp, GM director of Global Active Safety Electronics and Innovation, the cherry on top will be delivered when lane-centering technology that uses forward-looking cameras to identify lane markings and GPS data to detect curves in the road is tied in to the system. Likewise, KITT had the ability to “see”—and “hear” and “smell” too.

Cadillac says Super Cruise “is designed to ease the driver’s workload.” Indeed, things like signaling, steering, braking, and accelerating have become sources of dangerous distraction to drivers who are already engaged in living their busy lives while on the road. KITT recognized this 30 years ago, willingly taking the wheel, so to speak, so that driver/sidekick Michael Knight (played by “The Hoff”) could fight crime—or play computerized arcade games in his down time. Just when heightened concerns about distracted driving are threatening  motorists’ enjoyment of complex in-car infotainment systems, it should come as a relief to know that it may soon be possible to continue the serious business of telecommunicating, programming audio systems, navigating, dining, and grooming without fear of being killed or injured. Your car will have your back.

Within limits, that is. Cadillac says that random factors such as weather and the visibility of lane markings could limit Super Cruise’s operational efficiency. “When reliable data is unavailable, the driver will need to steer,” the carmaker warns.

Uh-oh. Hope nobody threw away the formula for the stuff that made KITT impervious to external damage.

Editor’s Note: Cadillac has announced that the Super Cruise will be available first on upper-trim levels of the 2018 CT6. The optional semi-autonomous driving system will be a $1700 option.