People will put stickers on their cars celebrating the animals they love, and the ones they want to kill.

It’s summer now, and my commute has gotten much, much easier—at least most days. Once school is out, and folks start hitting the vacation trail, the volume of vehicles on the road during prime AM and PM migration times is reduced considerably. That said, there’s no accounting for road construction, accidents, and whatever the hell it is that happens around here Friday evenings. I won’t mention snow–snow is still months way. One inch of fresh snow can easily double the duration of my normally 75-90-minute commute home.

Regardless of the season, one thing that grows tedious with regular commuting is looking at the hind ends of other people’s cars. Not all cars mind you…just the vehicles that, for whatever reason, demand your attention.

Allow me to share with you a few of the vehicle/owner types that I find most troubling to spend time puttering behind. If your car is on the list I apologize–it’s not personal, I just don’t want to be behind you in slow-moving traffic. 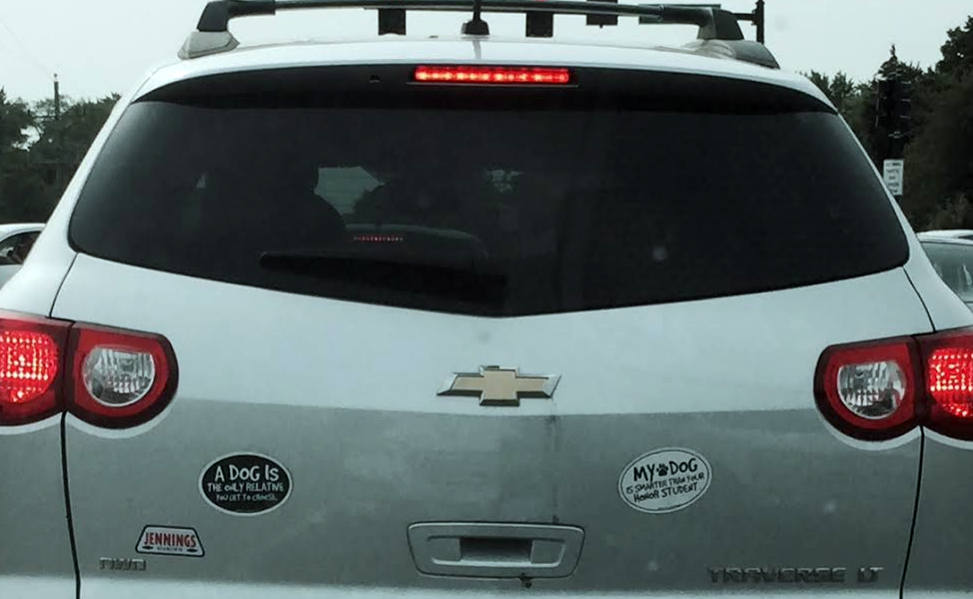 I love dogs, too. I’m also cool with cats. I have two cats of my own. What I don’t have is cat stickers all over my personal ride. One sticker is cool, I guess. I mean, what’s wrong with letting the world know that you love dogs/cats/bristle-nosed plecostomi?

Nothing, unless your stickering begins to feel like a desperate and defensive attempt to validate a lifestyle it’s too late to alter. The two stickers above read, “A dog is the only relative you can choose,” and “My dog is smarter than your honor student.”  Considered together, they suggest that this person, for reasons we may never know, has chosen pets over family.

Now, I have family members that I would readily swap for a box full of hermit crabs, but I’m not seeking validation from anonymous strangers for feeling that way. Feel free to love your pets, but spare me the snarky suggestion that your “family” life is more satisfying that everyone else’s.

You’re Making Me Mad: 6 Things Crummy Drivers Do That Mess Up My Commute 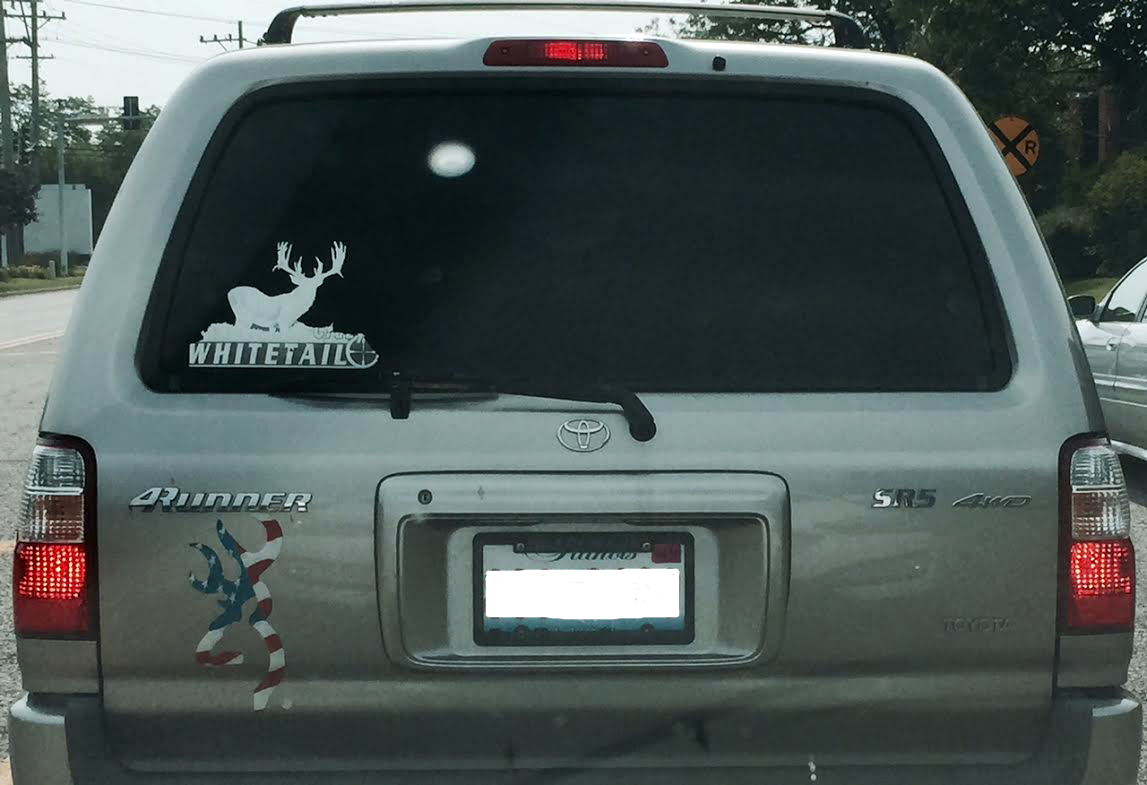 There’s a good chance this guy isn’t on his way to adopt a shelter doe. 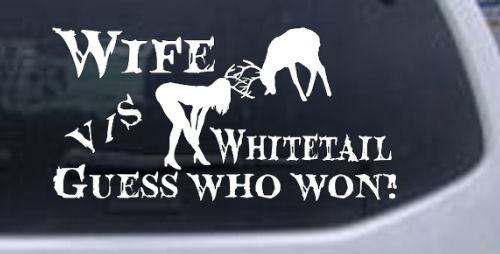 I’m not advocating against hunting here, I just think plastering pictures of your prey all over your ride is a little odd. (Imagine the Pequod sailing out to sea festooned with giant reflective white-whale stickers all over its hull.)

On the subject of this particular car, I am still trying to figure out that that thing is below the 4Runner badge–American-flag antlers, perhaps? 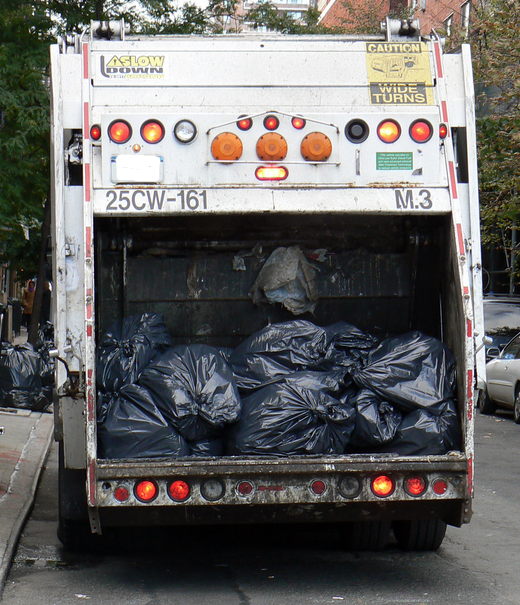 It’s bad enough being stuck behind a minivan in traffic.

This is no one’s fault, but it sucks in ways that are difficult to communicate. One reason, I believe, that SUVs and crossovers became so popular so quickly was that they offered drivers a more commanding view of traffic ahead. Having your entire view ahead blotted out, on the other hand, can seriously ratchet up commuter anxiety.

I recently spent a solid 15 minutes following a “honey wagon” septic-tanker truck through almost completely paralyzed traffic. Not only was the view unpleasant, the odor was especially compelling. Though I was directly behind the offending vehicle, it is unlikely that every car without 30 feet of this rig wasn’t suffering with me.

Luckily, most trucks I end up stuck behind in traffic just blot out the view–they don’t generally ruin my appetite as well.

Commuting on a Budget 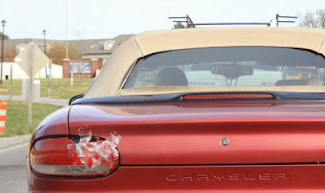 Odds are good that this lens will never be replaced.

If this guy isn’t spending money to replace his brakelight, what are the odds he’s spending money on his brakes, or any other system that might contribute to the roadworthiness of his vehicle?

It makes me sad, too, that this car, which appears to be in decent shape, will likely be sliding into rapid decay in the hands of an uncaring owner. Sadly, when you spend this much time commuting, you have time to feel sorry for cars—even old Sebrings.