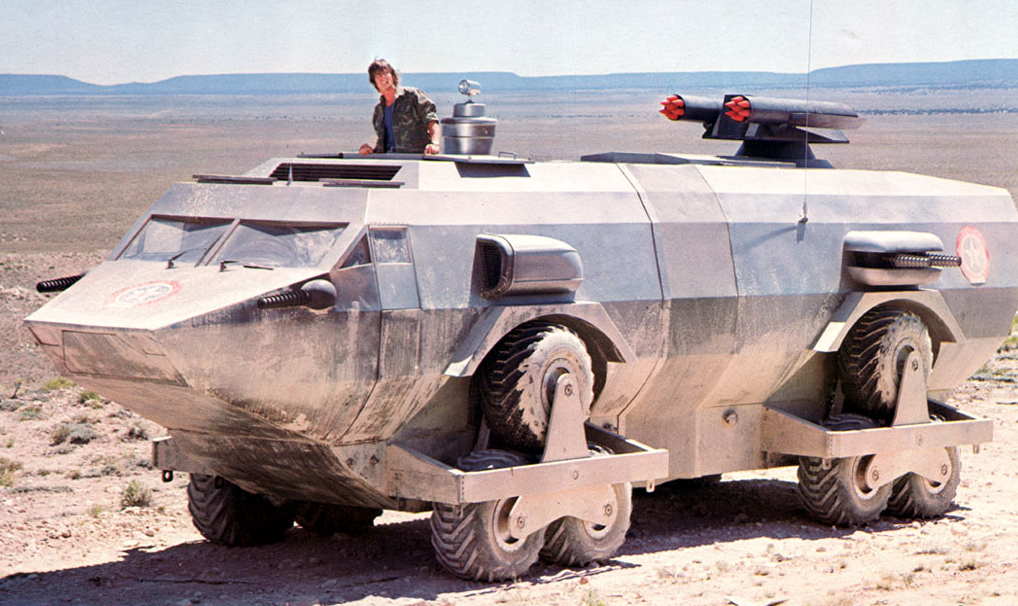 What does it say about a movie if the best thing about it was a custom truck?

It doesn’t say much about a restaurant if the thing you remember most about it was the cranky, over-perfumed hostess. Yet, when I recall a recently shuttered “bistro” near home, that is about all I remember about it. There’s good reason the place went belly up.

And so it goes with each of the movies discussed below. Though only one is a truly terrible movie, each of them was improved by the presence of some automotive eye candy—no matter how over the top that candy/truck was.

Here, I share three movies I would suffer through again just for another look at some trucky goodness. If you’ve got a favorite movie truck, tell us about it—especially if that truck is from a lousy film. 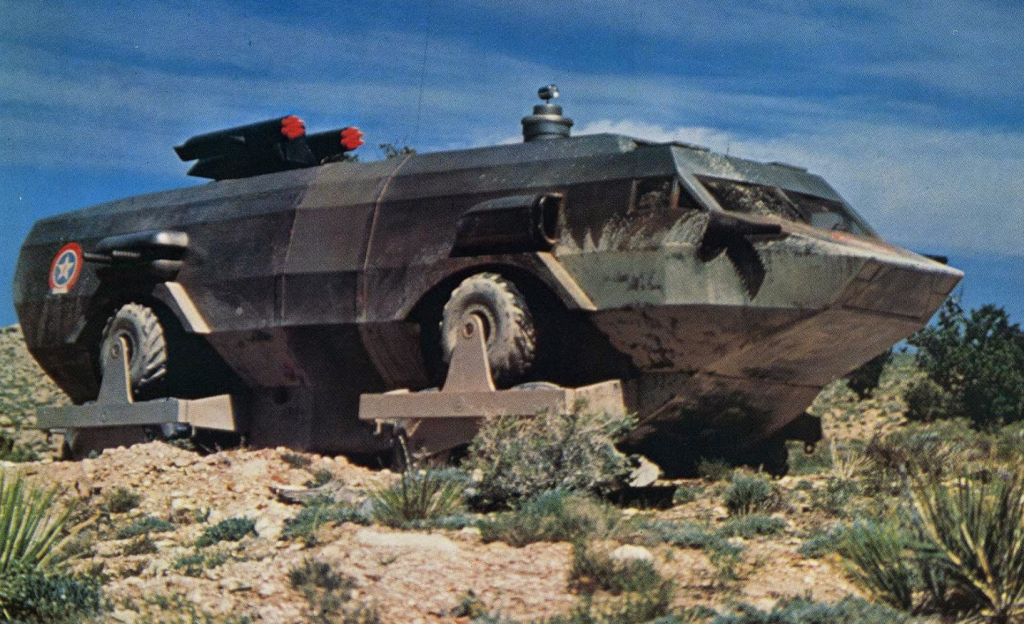 This 1977 post-apocalyptic adventure romp would be nothing without the awesome 12-wheel Landmaster armored personnel carrier/motor home. Even as a 12-year-old, I thought the effects in this movie were pretty lame, but didn’t care much because the Landmaster was the real star of the show. The LM’s 12 wheels are arranged in triangle formation at each of the vehicle’s four corners, with eight of them on the ground at any given time. Amazingly, the wheels in use can be rotated while the Landmaster is in motion. While no reason is given in the film as to why this might be necessary, it’s pretty cool to watch.

You might think that the man-eating giant grasshoppers or spontaneously forming tornadoes would be the most incredible elements of Damnation Alley, but you’d be wrong. I’d argue that George Peppard’s character constructing the Landmaster from spare parts in about a week is the greater strain on credulity. For those that need to know, the Landmaster was powered by a Ford 390-cubic-inch V8. Subsequent to Damnation Alley, the Landmaster would appear in a number of low-budget, mostly forgotten sci-fi movies.

Tango and Cash: RV From Hell

There are only two things about this movie that are in any way entertaining: First, the chase/attack scene that includes this absurd vehicle, and second, listening to bad guy Jack Palance making grunting sounds while he watches said chase scene on closed-circuit TV in his poorly lit bad-guy lair. No exaggeration, this is a really lousy film. Casting Sylvester Stallone (Tango) as some sort of cop Felix Unger on steroids was just one of the many, many mistakes Tango and Cash’s producers made. Kurt Russell (Cash) works a little better as a sort of cop Oscar Madison, but only a little.

Thankfully, there’s the RV From Hell (RVFH), at least that’s what Stallone’s character calls the rig–it has no official name. No RV at all, the truck is actually just a Chevrolet 2500-series pickup sporting a modified raised roof and what appears to be the canopy from a plane glued to the front of it. Oh, and it has missile launchers mounted to its sides–this is key.

Fortunately for viewers, Jack Palance’s character never got around to landscaping the grounds surrounding his evil control center. Thus, the RVFH must navigate around–and jump over–a serious of substantial hills and gullies. This transpires as the RVFH, piloted by Cash, is chased by a surprising number of nefarious folk driving an entertaining collection of rides, including machine-gun-equipped all-terrain vehicles. As is typical of most movie super vehicles, the transmission gear selector in the RVFH can be jammed forward in a pinch for inexplicable bursts of additional power. Dumb, but entertaining. 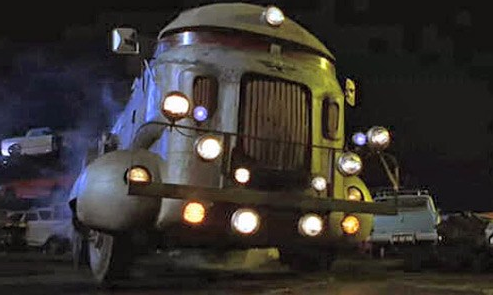 It’s not that this movie is bad, it’s just that it should have been so much better, given its excellent cast. Any movie that boasts William H. Macy, Ben Stiller, Hank Azaria, Janeane Garofalo, Greg Kinnear, Geoffrey Rush, and Tom Waits should be awesome. Mystery Men, however, is merely amusing. Yet, despite a lifeless script and some dubious action sequences, the biggest problem with this mostly forgotten film is that the awesome rig depicted above spends so little time on screen.

The Herkimer Battle Jitney has all the earmarks of a Terry Gilliam fantasy, complete with art-deco body sculpting, hulking dimensions, and a veneer of dusty neglect. It’s a wondrous machine that almost saves this poorly paced would-be romp. One of Mystery Men’s best bits of dialogue concerns the truck:

Apparently, the Mystery Men know their way around an engine. After decades of inaction, the Herkimer was running that same night. Sadly, the hulking rig is only given about five minutes of screen time, but it’s a memorable five minutes.