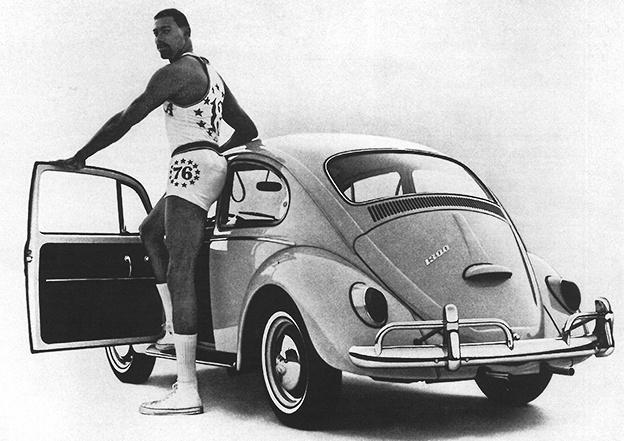 In a previous blog, I questioned whether Shaquille O’Neal truly had enough legroom to fit in that Buick LaCrosse—you know, the one in the commercial that has aired incessantly for more than a year. Today, I stumbled upon this ad, which shows the late basketball legend Wilt “The Stilt” Chamberlain (who, like Shaq, was 7-foot-1) trying to get into a Volkswagen Beetle back in the late 1960s.

Could he do it? Not quite.

“They said it couldn’t be done,” the ad’s headline said. “It couldn’t.”

The ad continued: “We tried. Lord knows we tried. But no amount of pivoting or faking could squeeze the Philadelphia 76ers’ Wilt Chamberlain into the front seat of a Volkswagen.”

I’ve never been in one of these original VW bugs, but I’m sure that many of you have. So let me ask you: Do you think a 6-foot-7 man, such as fellow Sixers legend Julius Erving, could have fit inside an old Beetle?

What was the Volkswagen Golf Harlequin?