The American auto market place tempts many a foreign car builder, and for good reason–Americans buy a lot of cars, and well-equipped cars at that. Margins on cars sold in China, for example, are about half that for vehicles sold here in the States.

With that in mind, many car companies have tested the American waters, hoping to find a foothold from which to sell their four-wheeled wares, and capitalize the American appetite for higher-end transportation.

Sadly for many of those would-be importers, Americans may buy a lot of cars, but we are famously resistant to new brands that don’t have an established, easily understood history.

When Britain’s Rover decided to sell luxury sedans in the U.S., it created a whole new brand called Sterling to do so. And while Sterling sounds decidedly English, the brand never caught on with Americans who knew little of Rover and even less of the new marque.

Even Ford, a company of enviable presence in the U.S., could not find success importing its European-market products for sale to Americans. The Merkur brand–which was positioned as an alternative to BMW–came and went so quickly it’s almost entirely forgotten now.

Not all of the brands shown below are completely dead–they’re just dead in the U.S. Daihatsu and Isuzu are still chugging away, both finding the most success in Southeast Asia.

DeLorean, of course, was an entirely different story. It’s a compelling tale involving a one-time General Motors senior executive with a bigger dream than he could finance. If you don’t know the DeLorean saga, I encourage you to read up on the topic.

Eagle products, of course, came to us by way of the Chrysler acquisition of American Motors (AMC). All products badged as Eagles were designed by foreign makers. The Talon was built in the U.S. and designed by Mitsubishi, while the Premier was a Renault creation built in Canada.

As for the Passport Optima, that’s a story that deserves its own blog post. For a time, General Motors of Canada retailed a number of imported vehicles—mostly from companies such as Isuzu and Suzuki—through a dealer network named Passport. In some cases, the products were even branded Passport, as was the case with the Optima. Americans knew the very same car as the Pontiac LeMans.

What all these vehicles have in common is that they didn’t stick around for long, and are mostly forgotten today. Ever spend time with one of these orphans? Please tell us about it. The place for comments is below the last ad. 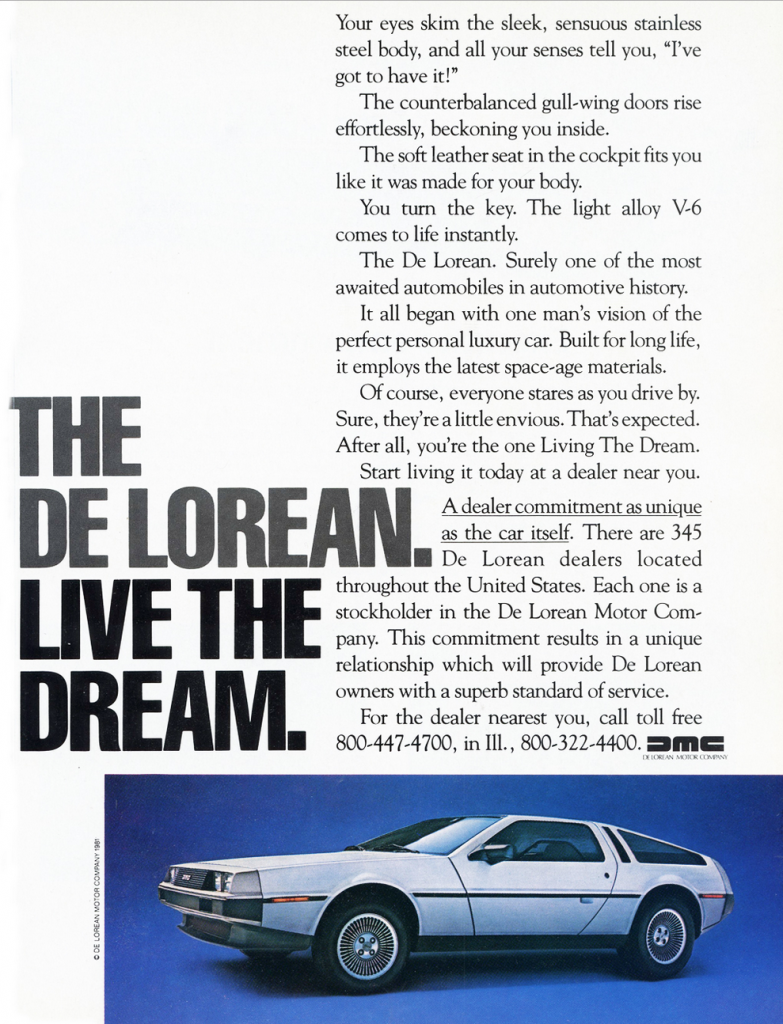 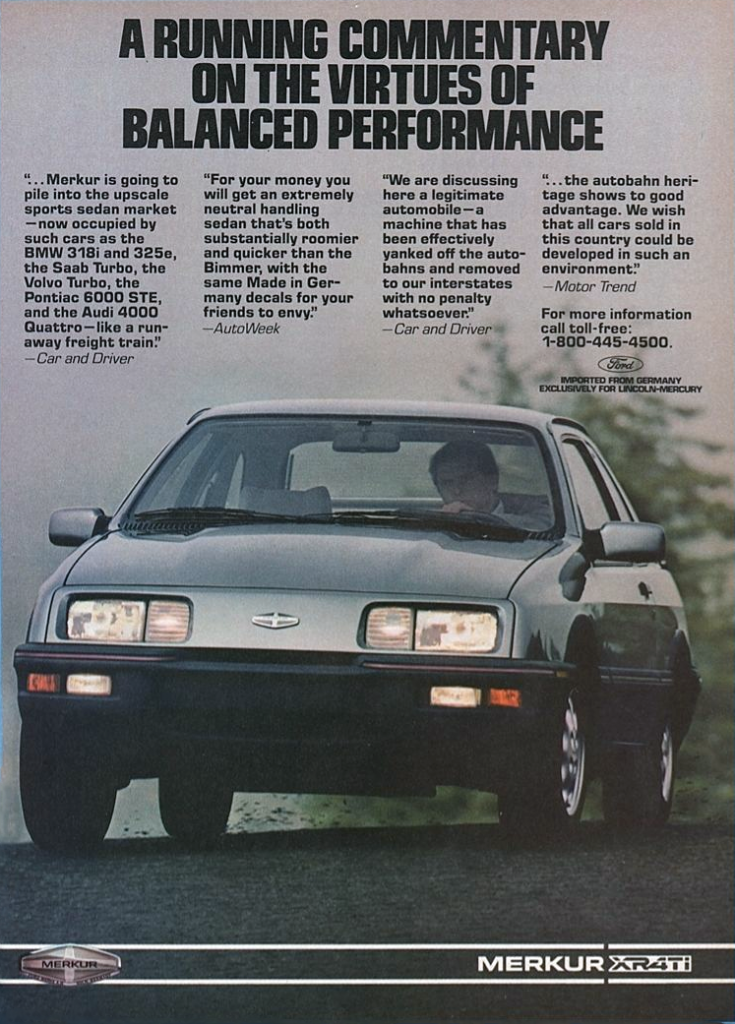 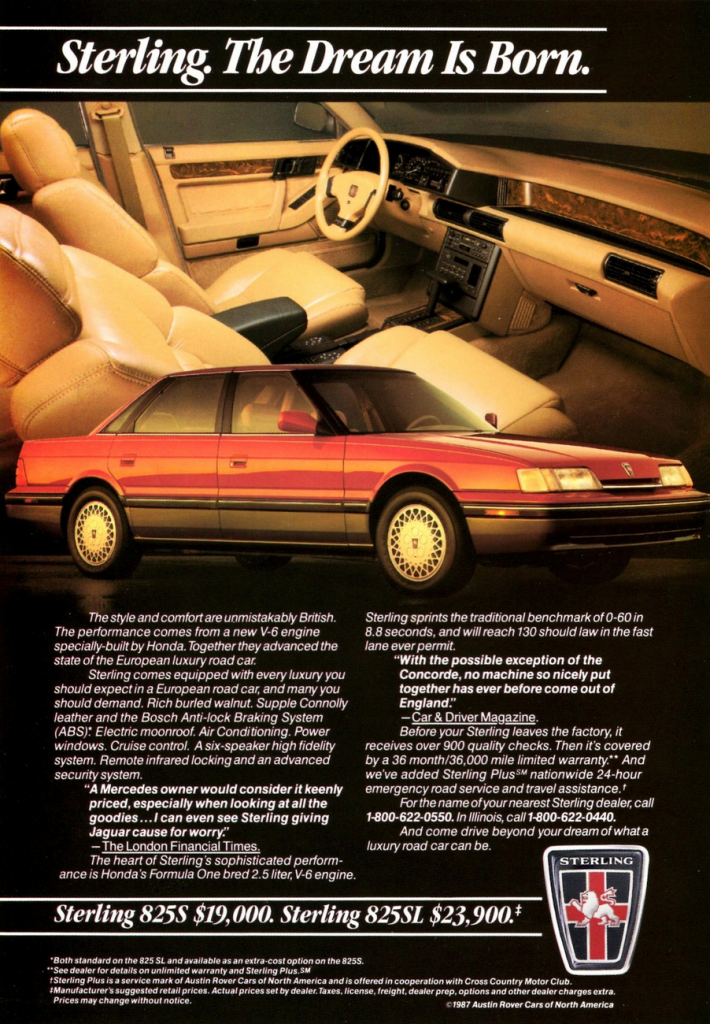 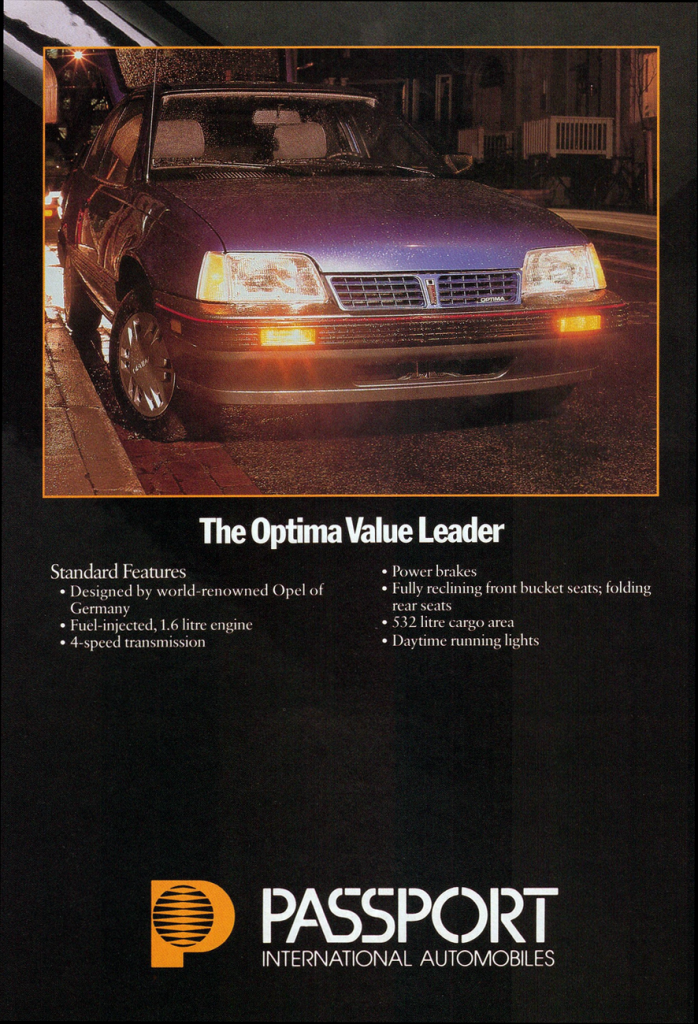 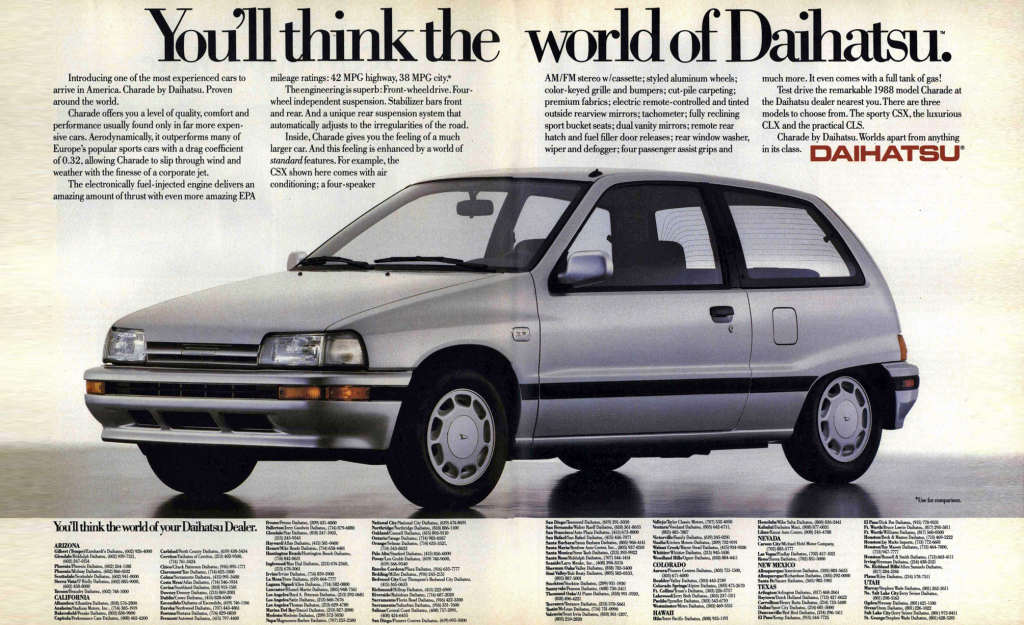 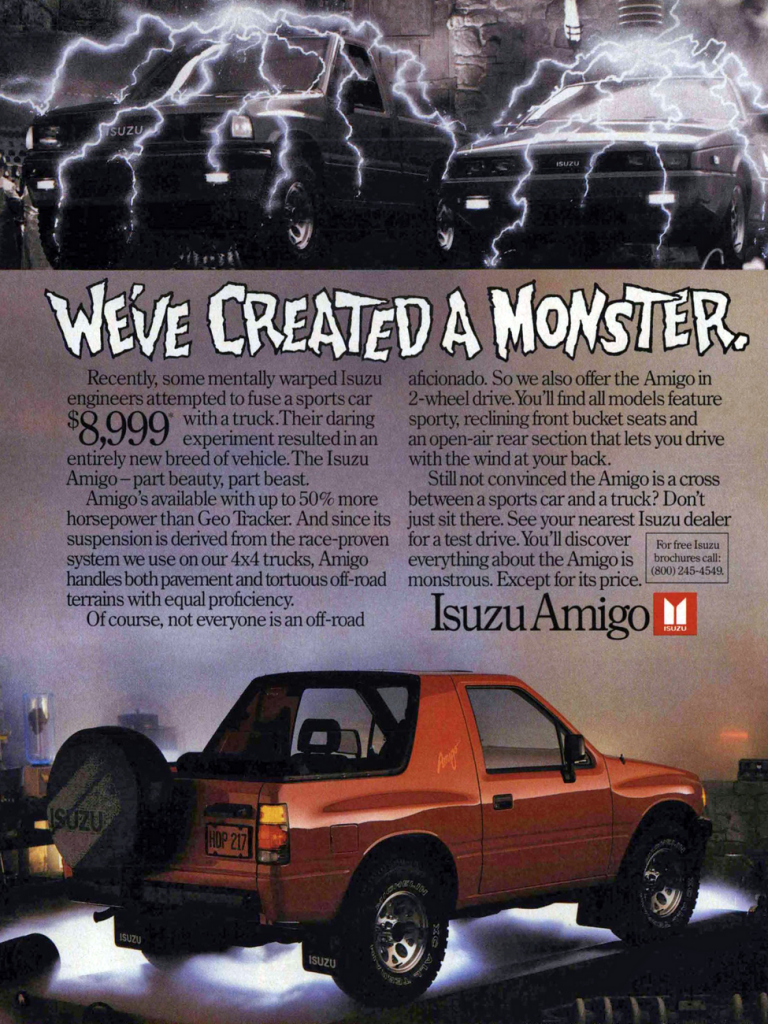 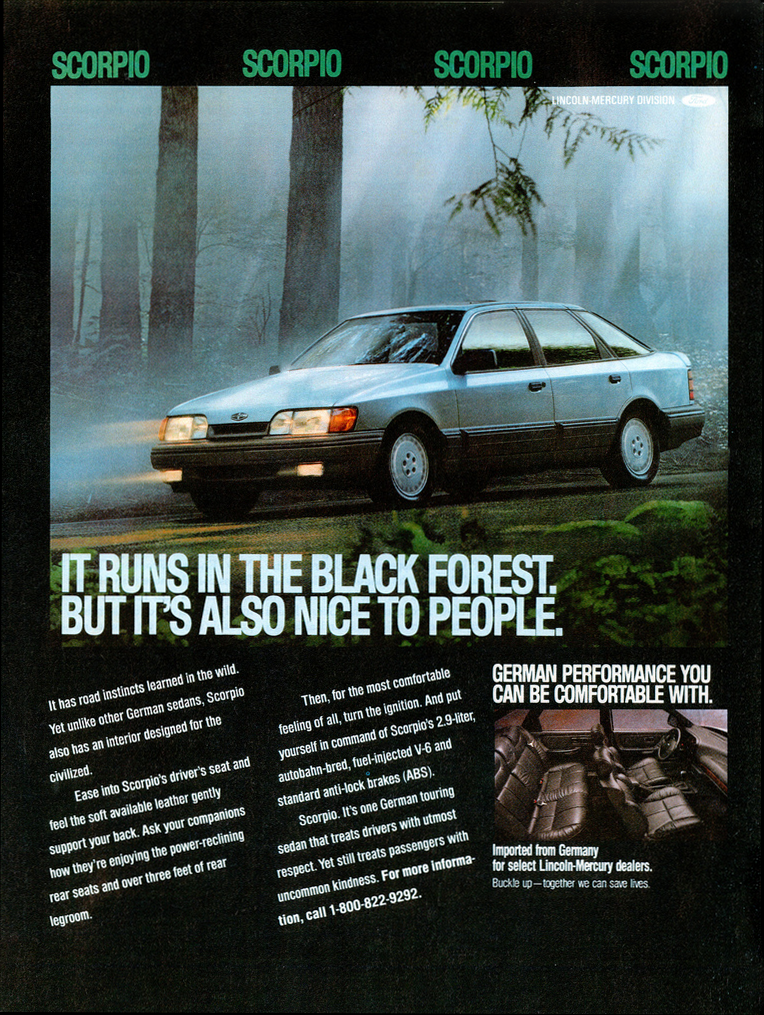 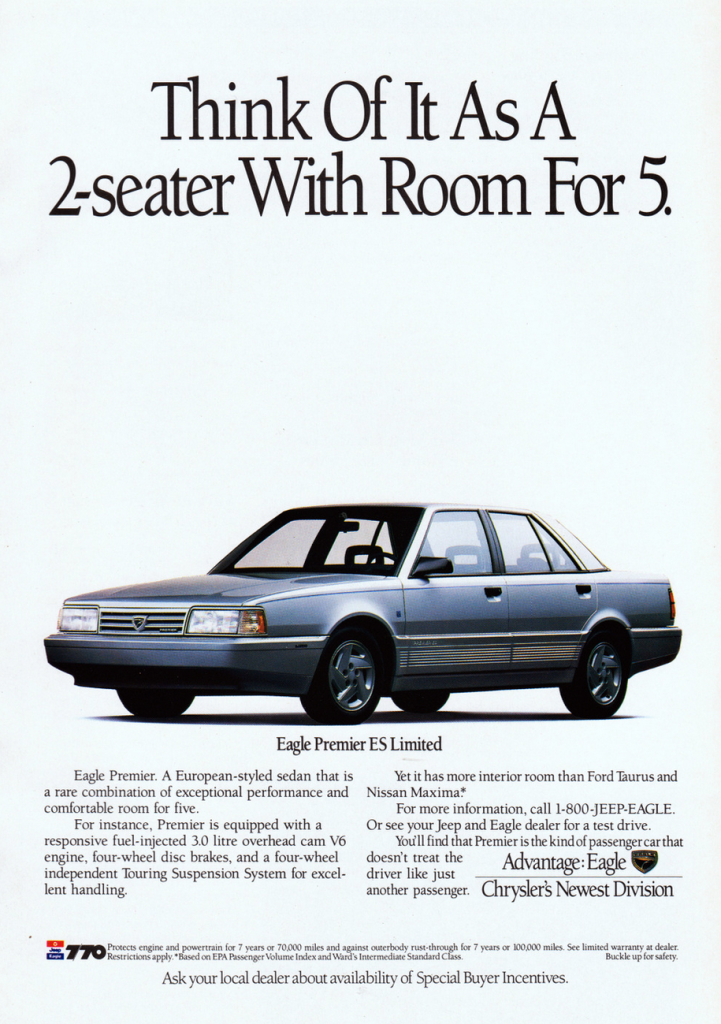 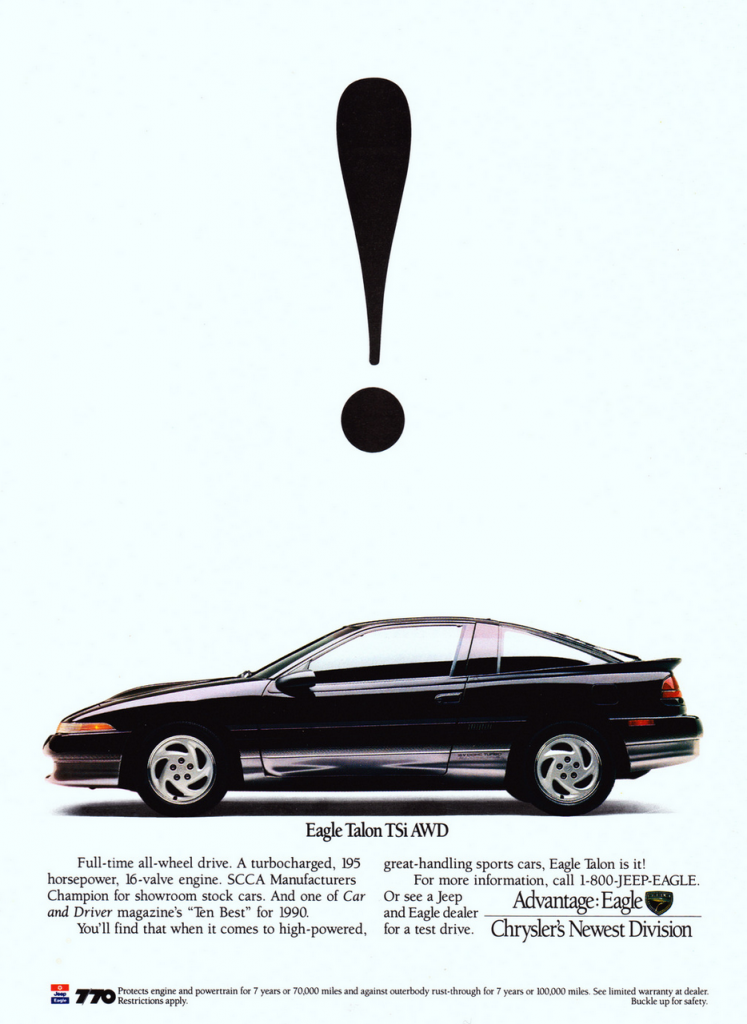 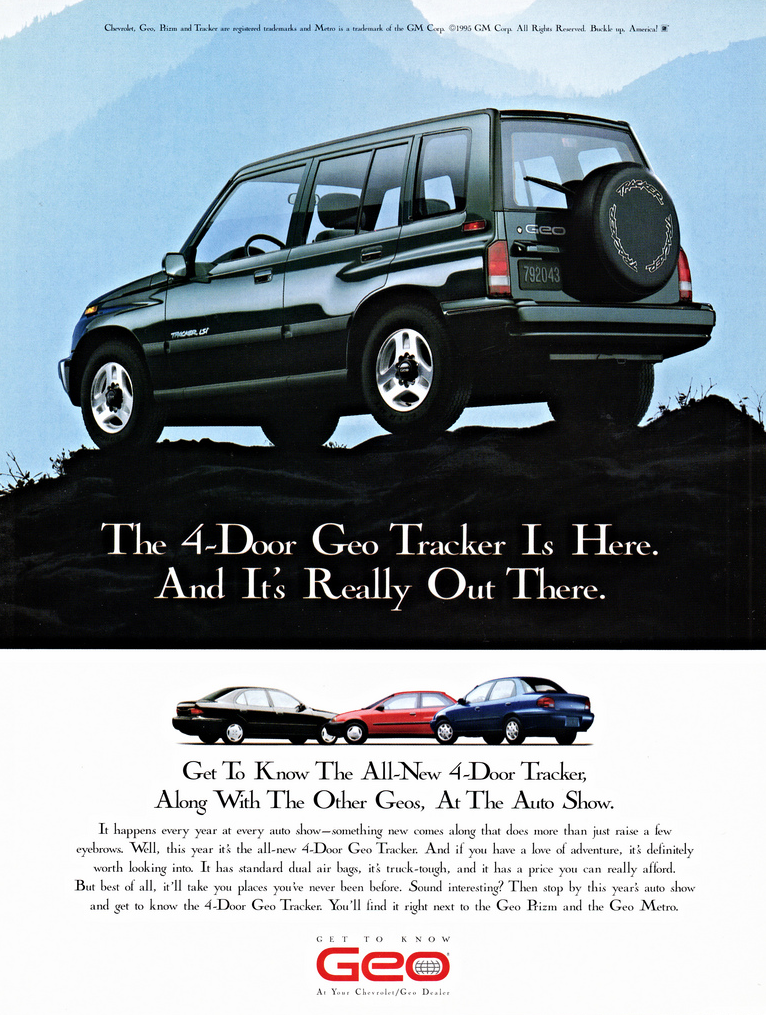