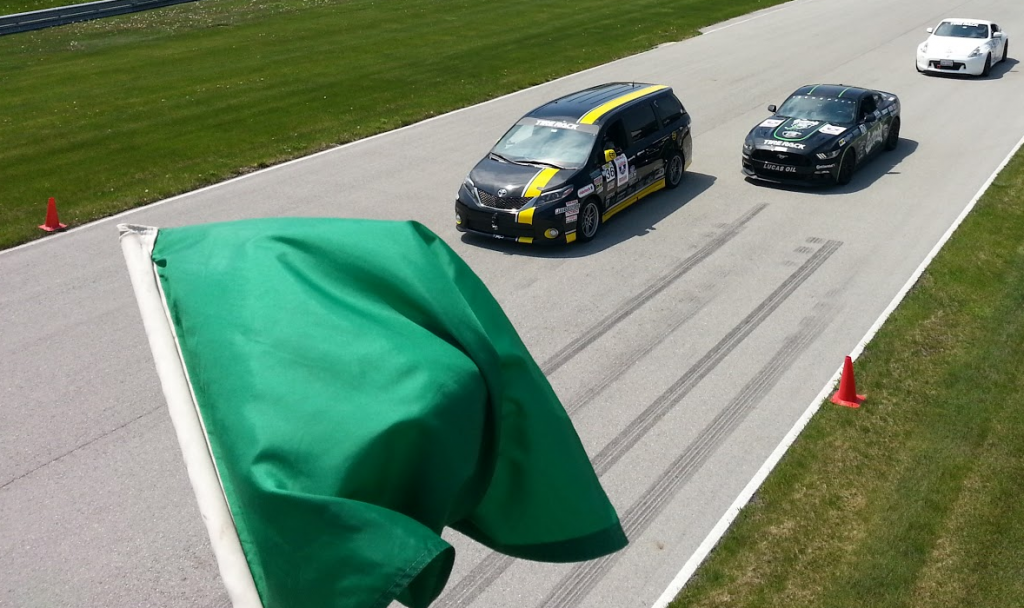 Two Toyota minivans. A 3500-mile whirlwind racing tour across 12 states that includes road-course racing, autocrossing, drag racing, and skidpad competition. Hard to imagine that these, uh, twain should ever meet, but this year they did. Toyota recently fielded a pair of Sienna minivans—a mostly stock “SE+ Concept” and a more seriously race-modified “R-Tuned” van—in the 2016 One Lap of America competition.

Why partake in such an off-the-wall venture? Michael Seavers, Toyota’s production engineering manager, summed it up like this: “We firmly believe that teamwork, problem solving, vehicle safety, and performance lessons learned on the track make our engineers better, and better engineers make better cars.” 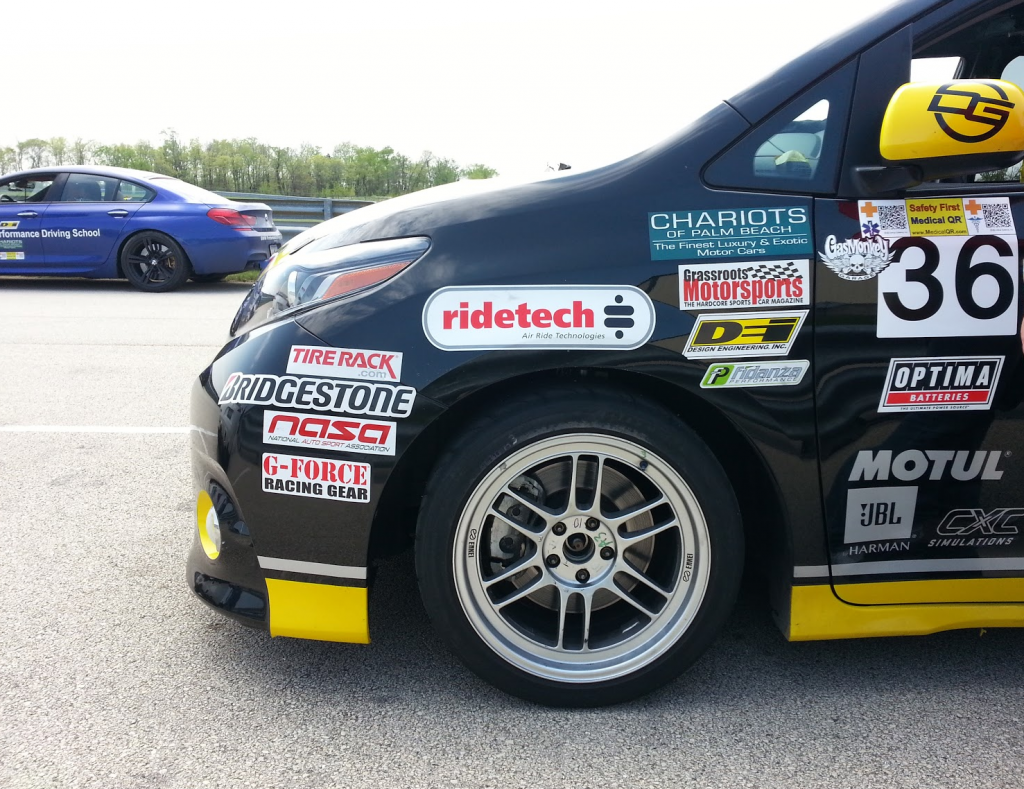 Counteracting the staid family-hauler image that modern minivans seem to be saddled with was certainly part of the agenda as well—Toyota is looking to show off that the Sienna can be a fun-to-drive vehicle and not just a lifeless mom-mobile. And, since the entire One Lap event takes place in eight consecutive days, it’s also a trial-by-fire team-building exercise in problem solving on the fly… and sleep deprivation.

We caught up with the Toyota team during the One Lap tour’s stop at the Autobahn Country Club in Joliet, Illinois. I took the Sienna SE+ for a quick couple of laps around the Autobahn’s south course, and, well, it’s the best minivan I’ve ever driven on a racetrack… for whatever that’s worth. One I got past the incongruity of the high seating position and the fact that I was wearing a helmet in a minivan, I was pleasantly surprised at how competent a 4600-plus-pound grocery getter could feel when being hustled through fast corners. Pirelli P Zero summer performance tires and upgraded brakes go a long way toward increasing the Sienna’s athleticism.

The Sienna R-Tuned ended up finishing 21st overall at the Autobahn out of 69 entries, a more than respectable showing considering the full field included Corvettes, a new Ford Mustang, a Mitsubishi Evolution, and a Dodge Viper.

Check out our pics below: 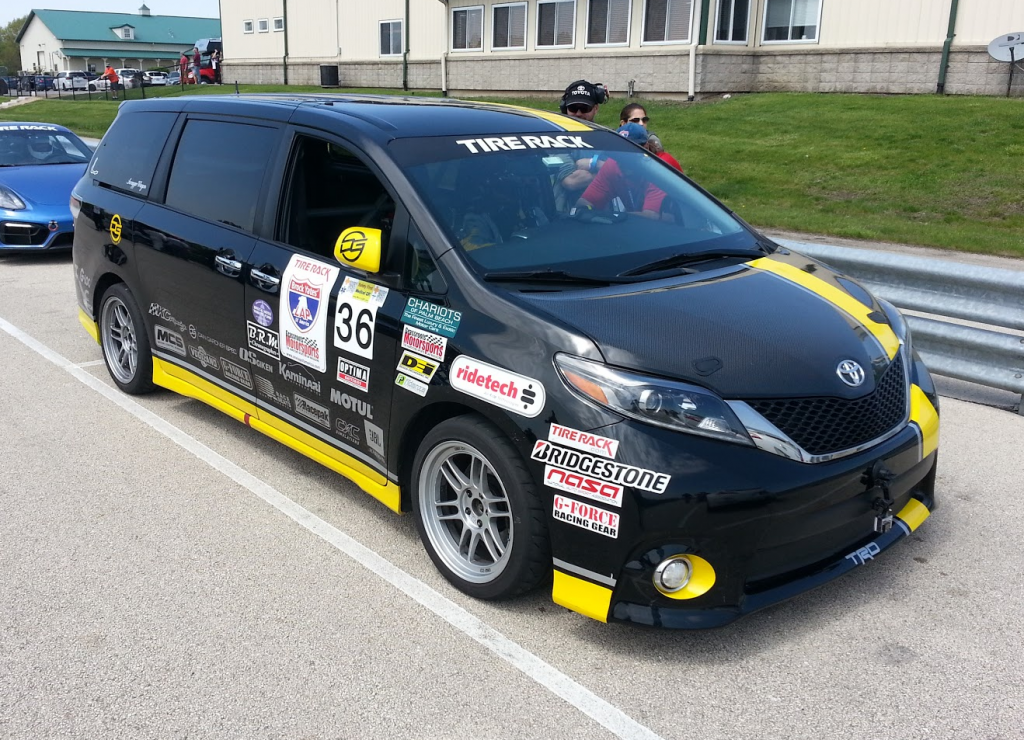 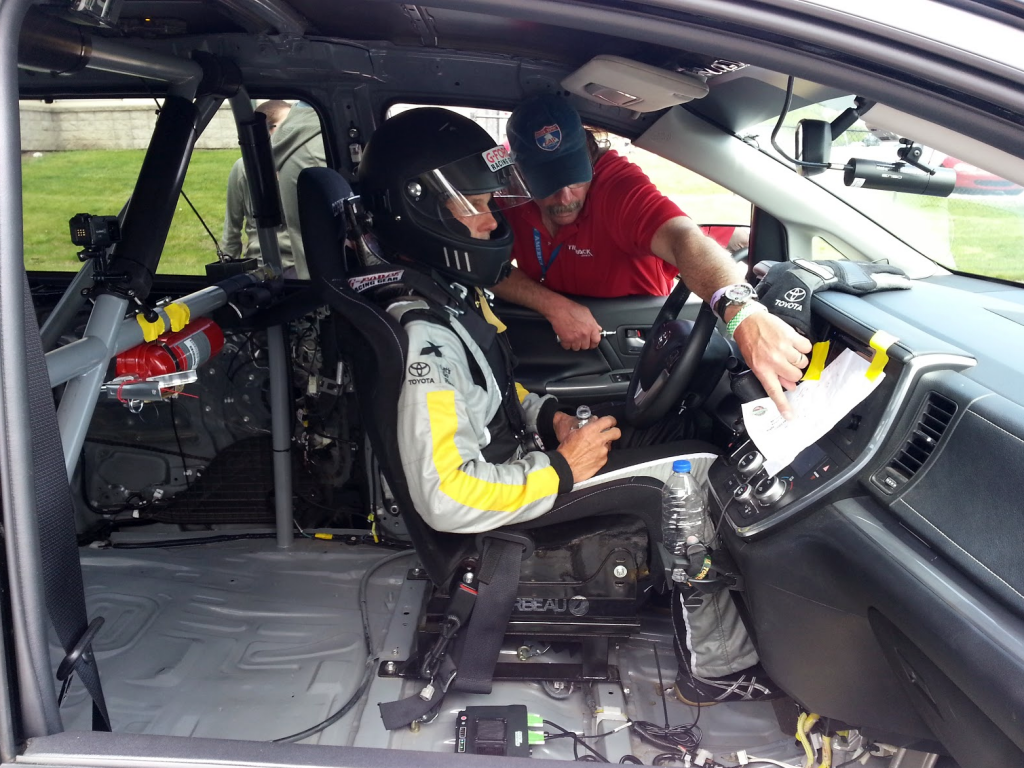 Sienna R-Tuned driver (and Grand Am Rolex GT champion) Craig Stanton gets some pre-race instructions before taking the R-Tuned out on the track. 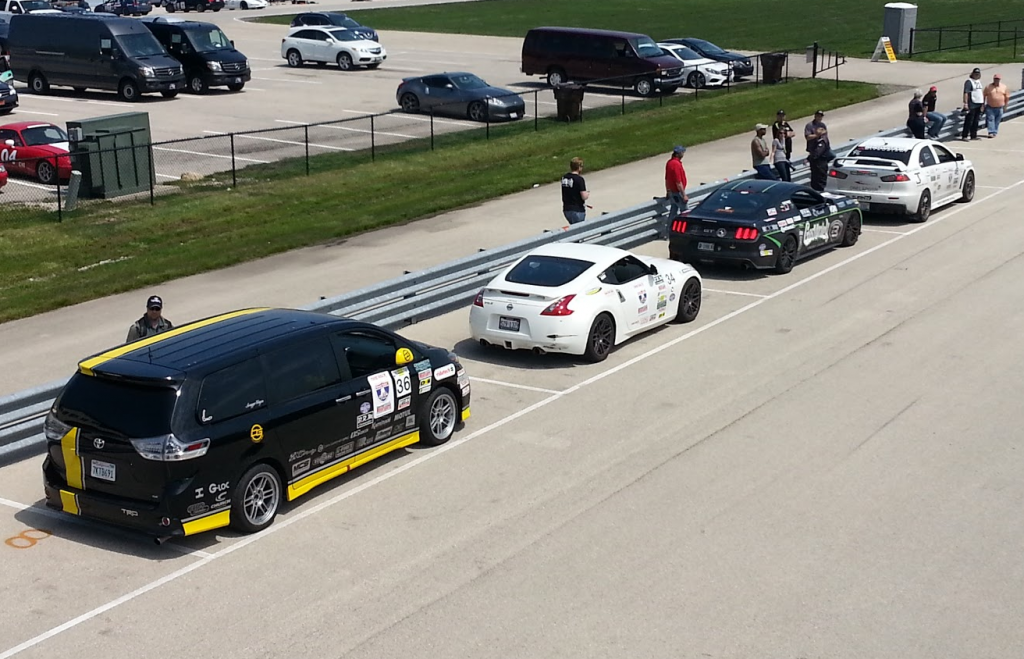 One of these things is not like the others… 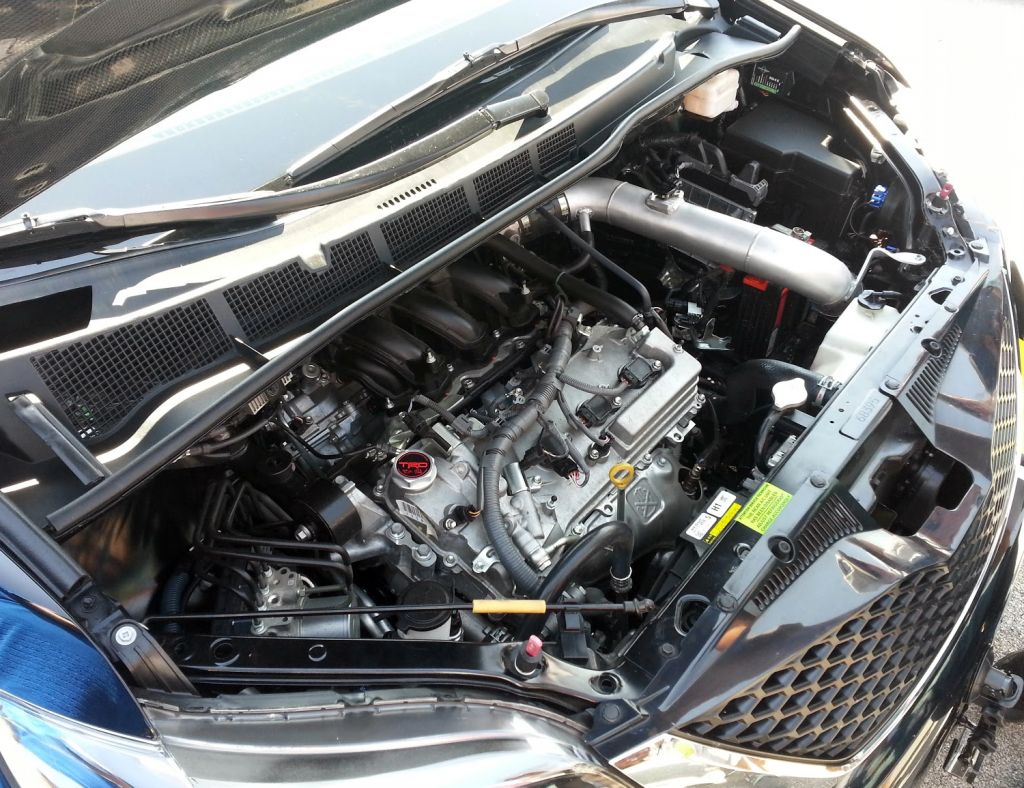 Both of the One Lap Siennas run mostly stock engines and 6-speed-automatic transmissions. The R-Tuned’s engine-compartment modifications include TRD oil-filler and radiator caps, a DG-Spec cold-air intake, and an Odyssey lightweight battery. 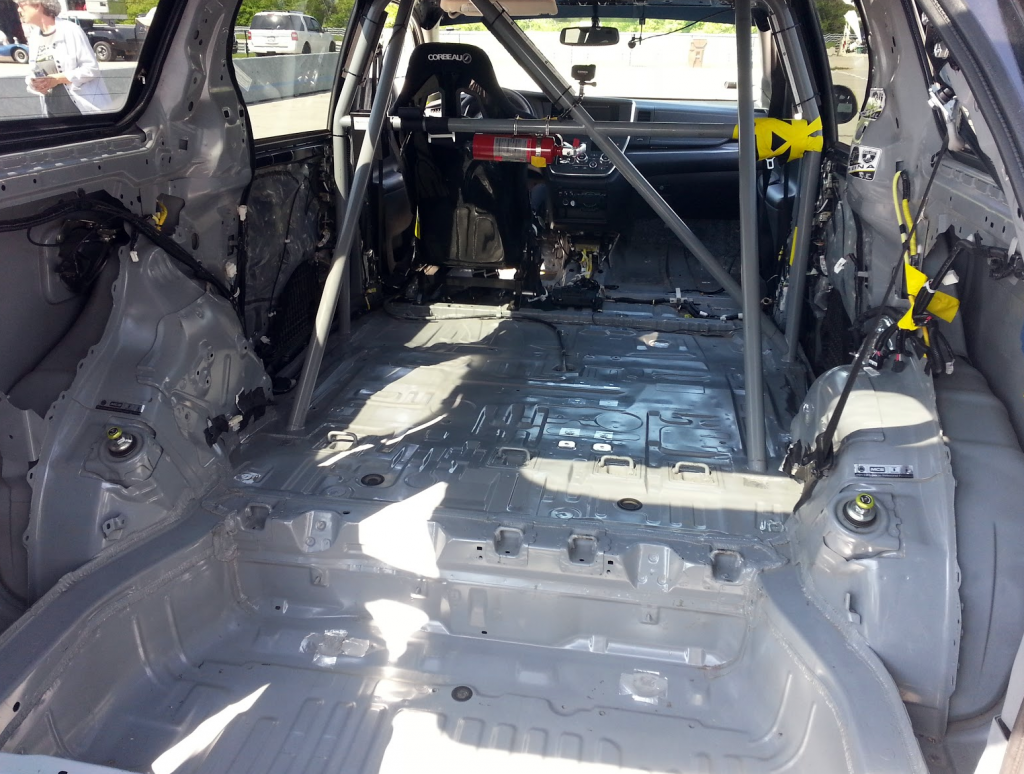 It’s obvious that the Sienna R-Tuned’s interior has been gutted and fortified for racing, but it’s also clear that this is no radical, tube-framed race machine that only looks like a minivan. These modifications are well within the parameters of true production-vehicle racing. 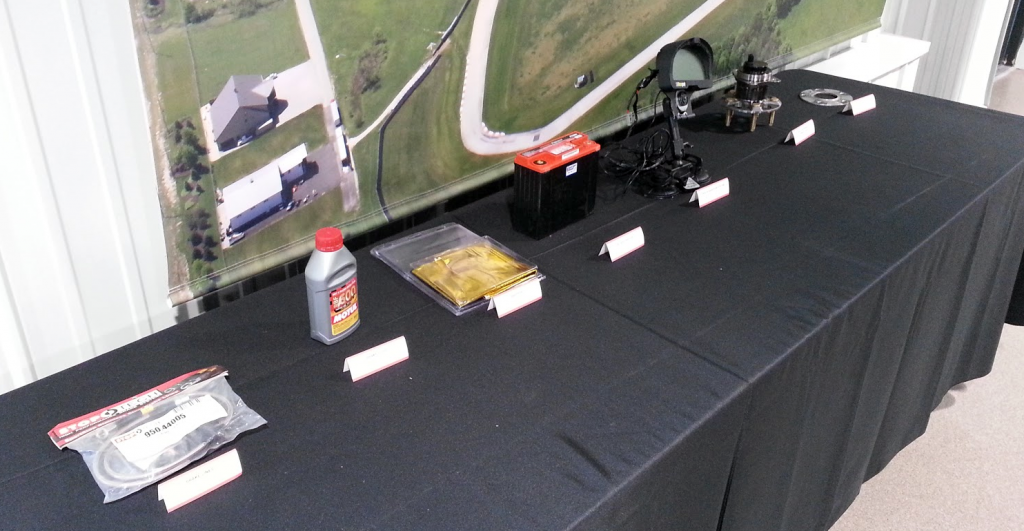 The Sienna SE+ Concept awaits its turn to head out on the Autobahn’s south course to run in the exhibition stock touring class. Toyota Sienna Chief Engineer Andy Lund drove the SE+ for the majority of the One Lap event, gaining valuable engineering data and experience that will assist him in making refinements to future production Siennas.