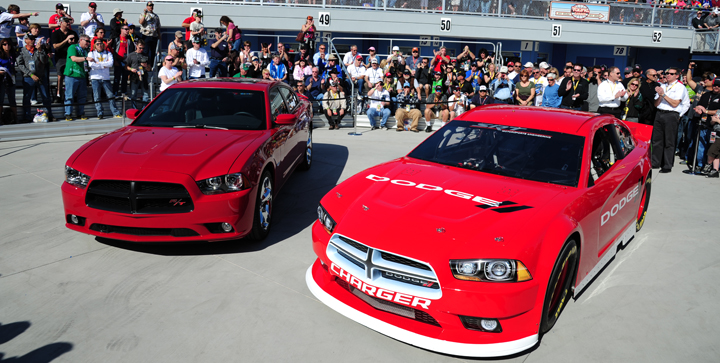 Dodge introduced the 2013 version of its NASCAR Charger earlier this year at Las Vegas Motor Speedway. The August 7 announcement that Dodge is ending its NASCAR involvement means the 2013 racer won’t see on-track competition.

On August 7, 2012, SRT Motorsports President and CEO Ralph Gilles announced that the Dodge brand would not be competing in the 2013 NASCAR Sprint Cup and Nationwide race series. Dodge currently runs the Charger in Sprint Cup and the Challenger in Nationwide.

Dodge has a long history in NASCAR, and Chargers of the 1960s and ’70s are some of the sport’s best-remembered cars. Dodge’s current NASCAR program dates to October 1999, when the company announced it intended to return to NASCAR’s top series. The Dodge Intrepid racecar made its racing debut at the 2001 Daytona 500. The Intrepid was replaced with the Charger for the 2005 season. Since 2001, Dodge has won 55 races.

Fixing NASCAR (For Me): A Modest Proposal 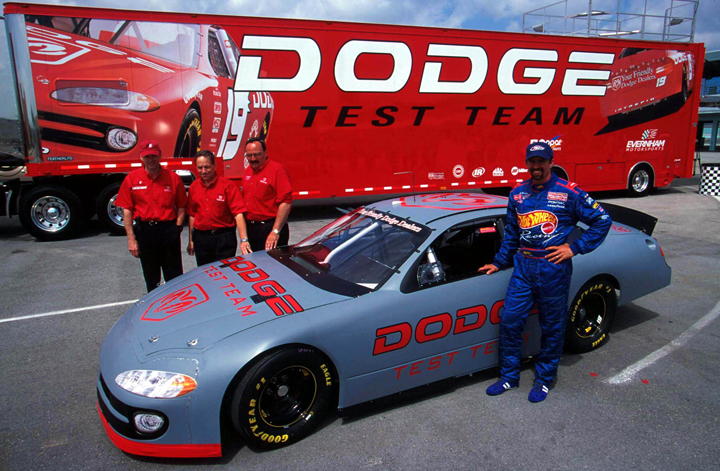 After an absence of about two decades, Dodge returned to NASCAR competition at the 2001 Daytona 500. The Intrepid racer had its first on-track test on May 2, 2000, at Homestead Miami Speedway in Florida. Kyle Petty served as test driver. 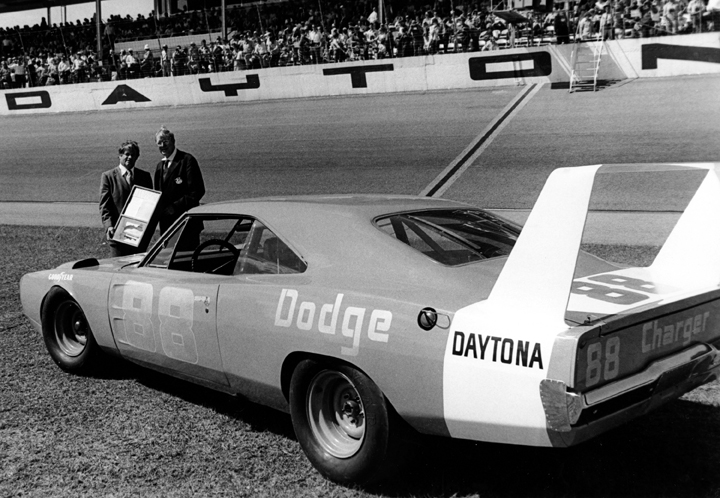 Dodge introduced the slippery Charger Daytona during the 1969 NASCAR season. It remains one of NASCAR’s most recognizable racecars.