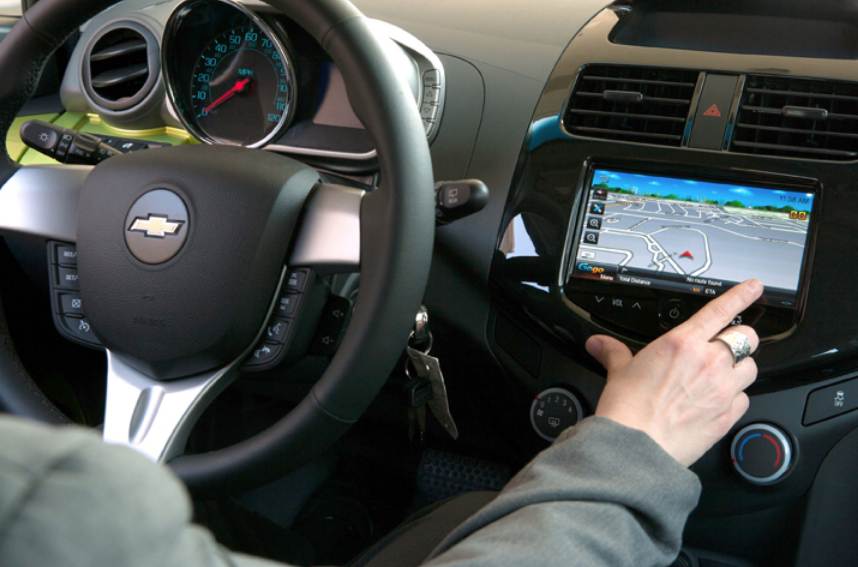 Is “feature creep” leading to an increase in distracted driving?

Driving is hazardous enough without the car making it even more so. Yet thanks to a combination of “feature creep,” misplaced design priorities, and overzealous engineering, driving distracted is now more likely than ever, even if you never use a hand-held gadget on the move.

By “feature creep,” I mean the proliferation of comfort, convenience, and mechanical innovations that’s been going on since Daimler and Benz built the world’s first cars back in the 1880s. A modern example is blind-spot warning, which strikes me as silly. Granted, styling trends have gradually conspired to constrict outward vision in all sorts of vehicles, but what’s wrong with checking your mirrors and looking over your shoulders once in a while?

Or consider the various lane-departure-warning and lane-keeping-assist systems that have popped up in recent years. The former is designed to signal when you’ve wandered outside the white lines, the latter to nudge you back within them. But are these really necessary? If you can’t maintain a straight path because of something going on with you and/or in the vehicle, why not pull off the road and deal with the issue? If you’re tired, quit driving or at least take a nap. If the kids are brawling or the dog won’t keep still, stop and get them under control.

Of course, many drivers won’t take such advice because they’re in too much of a hurry and/or think they can multitask. Well, just like many people don’t believe in climate change, I don’t believe in multitasking. I am aware that certain individuals can do more than one thing at a time, yet I doubt that they do all of them as well than if they focused on just one. That’s important, because driving is already a multitask activity even under the best circumstances. That’s why texting and phone chatting are dangerous, as much as reading a newspaper or applying makeup behind the wheel are.

Which brings me back to feature creep. The digital revolution has “electronicized” cars in undeniably useful ways. Chief among them: integrated powertrain controls that improve both performance and fuel economy; antilock brakes and stability-control systems that can save your bacon in all kinds of conditions; and obstacle detection that can save your car or, far more critically, an unseen child. As a result, it’s said that the average new vehicle now has more computing power than the space shuttle (admittedly a much older conveyance).

Unfortunately, electronics technology has also made possible a number of distracting features that are, sad to say, fast spreading from premium brands to mainstream models. The worst offender, in my view, is the do-it-all infotainment system with GPS navigation and a dashboard display/control screen. Now I know a lot of folks wouldn’t go without “sat-nav” (as the Brits call it), especially when venturing into alien territory. And checking your position on a dashboard screen is easier and safer than fumbling with a paper map while driving. But factory infotainment systems aren’t cheap, typically $2,000 and up, and they’re doomed to become as obsolete as last year’s smartphone, especially once manufacturer upgrades and other support run out.

Worse, a good many infotainment setups also control audio and climate functions, thus complicating their use to the point of—ta-da!—driver distraction. And though we think of modern electronics as utterly reliable, they can go haywire, and if your main control screen goes dark, you could be stuck. I was reminded of this when the secondary “trip computer” display winked out on my test 2011 Audi A8. It wasn’t a major loss—mainly the trip odometers and the means to adjust one or two minor things—but the experience was unnerving. And though the screen mysteriously reappeared the next day, I shudder to think about the repair cost if it hadn’t and the vehicle was out of warranty.

Understand that I am not a Luddite, and I like gadgets as much as anyone. But I think the auto industry has already tipped into feature overload, especially with high-end products. You shouldn’t have to be a computer whiz just to operate a car, and you shouldn’t be forced to pay for functionality that can not only divert your attention but which you may not need at all.

That’s exactly what a group of young people told the Chevrolet interior designers who worked on the Code 130R concept for this year’s Detroit Auto Show. As reported by AutoWeek columnist Kevin Wilson, they said “they already owned phones, tablets, music players, laptops, GPS units and more. They don’t need those functions built into the car—they just need the car to connect with them. . . . [L]et me connect what I own, a device developed by people who are expert at personal electronics and who—not so incidentally—will bring out five or six new generations during a typical automotive product cycle. Sure, you can put a hard drive in the car [for music playback] but, um, couldn’t I just connect the device I have? I already know how to use it. Give me a USB port, an audio jack, a wireless connection. Make it easy.”

I couldn’t agree more. But I still don’t like the idea of so many drivers staring at screens, handheld or otherwise, because safe driving demands one’s full attention all the time. So in that regard, simpler is better, not to mention more affordable. Alas, I fear simple will not be a theme of our automotive future. More on that next time.