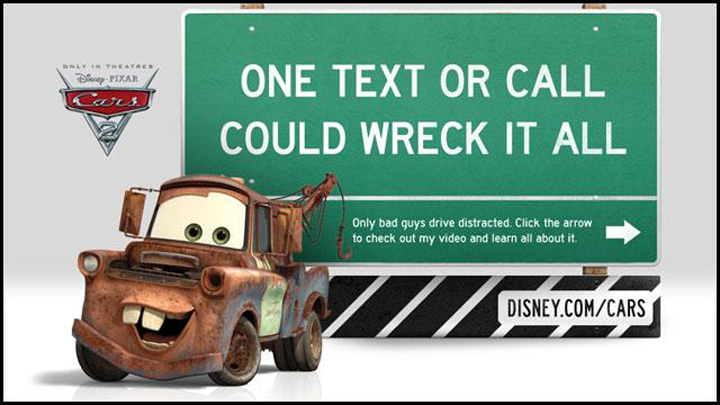 As mentioned in Driven to Distraction: Part 1, the federal government has come out against distracted driving (DD) in general and texting from hand-held phones in particular. Not surprisingly, the Department of Transportation (DOT) seems on the verge of requiring automakers to install “anti-DD” systems that would disable certain phone functions once the vehicle is in motion. I’m not sure what they’re thinking of—perhaps some whizzer “damping field” a la Star Trek—but the technology is doubtless on somebody’s shelf. However, it’s odd that the DOT is okay with voice-activated devices, as various studies have found that drivers are more distracted by phone conversations than by chatting with people in the car—which must be discouraging for all those helpful live operators at OnStar.

The thing is, distracted driving is a behavioral matter—like smoking, DUI, and seatbelt use—yet political realities mean that the only practical way that government can address it is by regulating things. After all, cars don’t vote and Americans tend to regard driving as an inalienable right, not the privilege it really is. This helps explain why even the dimmest wit can get a driver’s license in these United States while most others countries make it both difficult and costly.

Oops! Sorry. Got distracted there.

We know from the great experiment called Prohibition that legislating “moral” behavior is impossible. For better or worse, we humans just don’t like being told what to do, even when it’s supposed to be “good” for us and others. But research has consistently shown that peer pressure can achieve broad social change, though it can take a fairly long time. The trick is to shift public perceptions of a practice from cool to uncool, and let the innate desire for social approval do the rest. We’ve seen this work with seatbelt usage, which has gone up over the years, and with drunk driving and cigarette smoking, which have gone down, so why not give it a shot with distracted driving?

Believe it or not, the National Highway Traffic Safety Administration (NHTSA) is doing just that with a dedicated Website, www.distraction.gov. As you might expect, it uses statistics to dramatize the problem and makes virtuous appeals to get people behind it. I’m not sure how long the site has been going, but it has been long enough that NHTSA got Disney to provide a public-service announcement in which clips from Cars 2 were edited around the messages “One Text or Call Could Wreck it All” and “Only Bad Guys Drive Distracted.” (See? Bad guys.) That spot is no longer up (probably because Cars 2 came and went over a year ago), but it’s still available on YouTube (http://www.youtube.com/watch?v=G6Ahgpvc7fg&feature=player_embedded). It’s worth a look, but beware of the expletive-filled comments further down the page.

I sincerely hope to see more campaigns like this and for good folks everywhere to support them, because driving while distracted is just plain stupid. Alas, the problem will probably continue to be with us for a long time, because many will view efforts to curb DD as an invasion of privacy and will keep doing whatever they please.

It was ever thus.