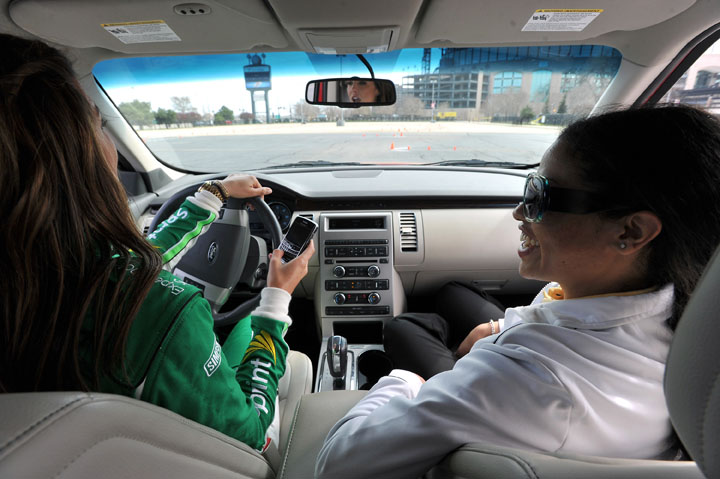 Is distracted driving as dangerous as drunk driving?

Is distracted driving as dangerous as drunk driving and should it be just as illegal? That’s the issue in a widening national debate over the use of smartphones and other electronic devices while driving, triggered by the growing number of fatalities and injuries attributed to texting and other attention-diverting activities. Not surprisingly, battle lines of sorts are being drawn among regulators, politicians, the auto and electronics industries, and don’t-tread-on-me activists.

Though distracted driving isn’t a new concern—a group in Britain studied it extensively back in the 1990s—it began catching fire here last December. That’s when the Department of Transportation (DOT) released results of a survey that pointed to driver distraction as a major safety problem, even though U.S. traffic fatalities declined in 2010 despite an increase in total miles traveled. Among the key findings, as reported by trade weekly Automotive News: “[M]ore than three quarters of motorists say they are willing to answer a call while behind the wheel and rarely consider traffic conditions when deciding whether to pick up their phone. Many said they would send a text while driving [but a] third of the same drivers said . . . they would feel unsafe as a passenger if their driver was using a phone.”

Later that month, the National Transportation Safety Board (NTSB), the federal agency that investigates airplane crashes, urged all 50 states to ban the use of mobile devices behind the wheel, portable and installed gadgets alike, even those with voice-activation. Though some 30 states and a number of cities already ban texting while driving, NTSB Chairman Deborah Hersman believes there’s a deeper problem. “[M]any times the distraction that is there is not just about the manipulation of something or a visual distraction,” she said. “It’s about a cognitive distraction. It’s about not being engaged in the task at hand.”

A week later, DOT Secretary Ray LaHood said that regulations should focus on hand-held devices. “Most people don’t put Bluetooth or [Ford] Sync in their cars because they can’t afford it,” he said. “Everybody has a cell phone in their hand and it’s held up to their ear while they’re driving.”

Fast forward to this past February, when the DOT issued a set of guidelines for automakers to use in designing onboard infotainment systems so as to reduce the likelihood of distracted driving. These are, as summarized by Automotive News:

• Disable text messaging, Web surfing, and other features that require punching in text while the vehicle is in motion. Hands-free use of these features is okay with voice recognition.

• Limit text seen by the driver to 30 characters when the vehicle is in motion.

• Design functions so they don’t take a driver’s eyes off the road for more than two seconds.

• Require drivers to be in park when typing in a 10-digit phone number or address into the navigation system.

All this makes eminent good sense to me, but it’s whistling in the wind. The NTSB can only recommend; it can’t make rules. The DOT and National Highway Traffic Safety Administration (NHTSA) can make rules, but those require Congressional approval, and the power of the auto industry and consumer-electronics lobbies is formidable. And even if gummint does address one or more causes of distracted driving, special-interest groups will howl about the God-given right to text, talk, and Google with whatever device they please. And then there’s the small problem of enforcement. . . .

Still, something should be done, in my humble view. The question is what? A few thoughts on that next time.