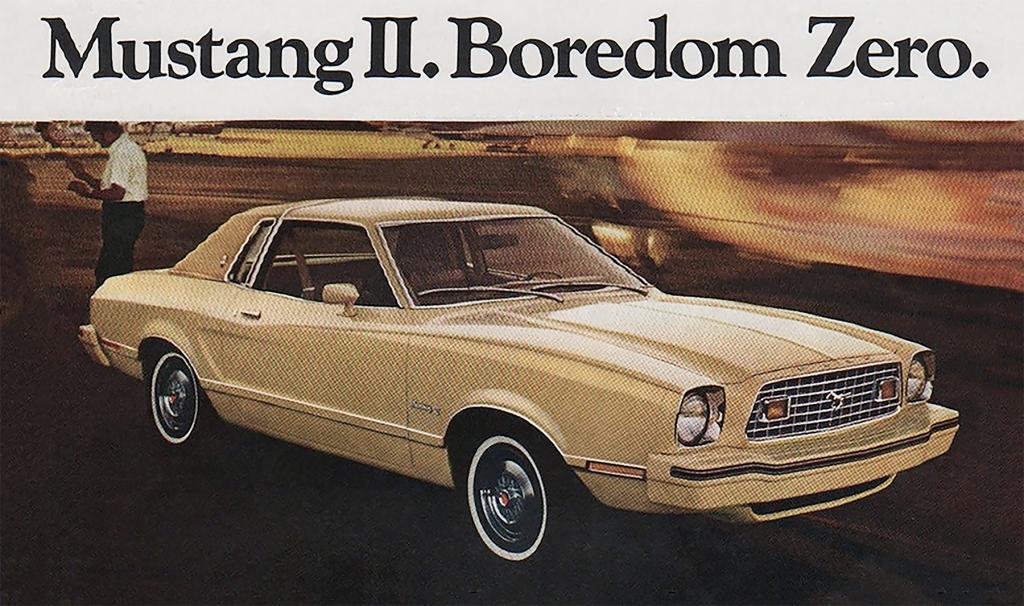 I had this ad taped up in my high-school locker during my senior year. Not because I was a Mustang II fan—I was not—but because this ad so plainly laid bare how desperately Ford wanted their pony car to perceived as European and high tech, which it really wasn’t. (Note: I’m not quite that old. I graduated high school in 1983, and had found the Mustang ad in a back issue of Popular Science, I think.)

I actually hated the Mustang II, and I don’t feel too much better about it now. Though in hindsight, I do appreciate just how well positioned the downsized ‘Stang was market-wise rolling into the second half of the Seventies. And let’s be clear, the Mustang II was no marketplace failure–Ford sold almost 190,000 of them in 1975, with sales holding steady until the Mustang was redesigned for 1979. 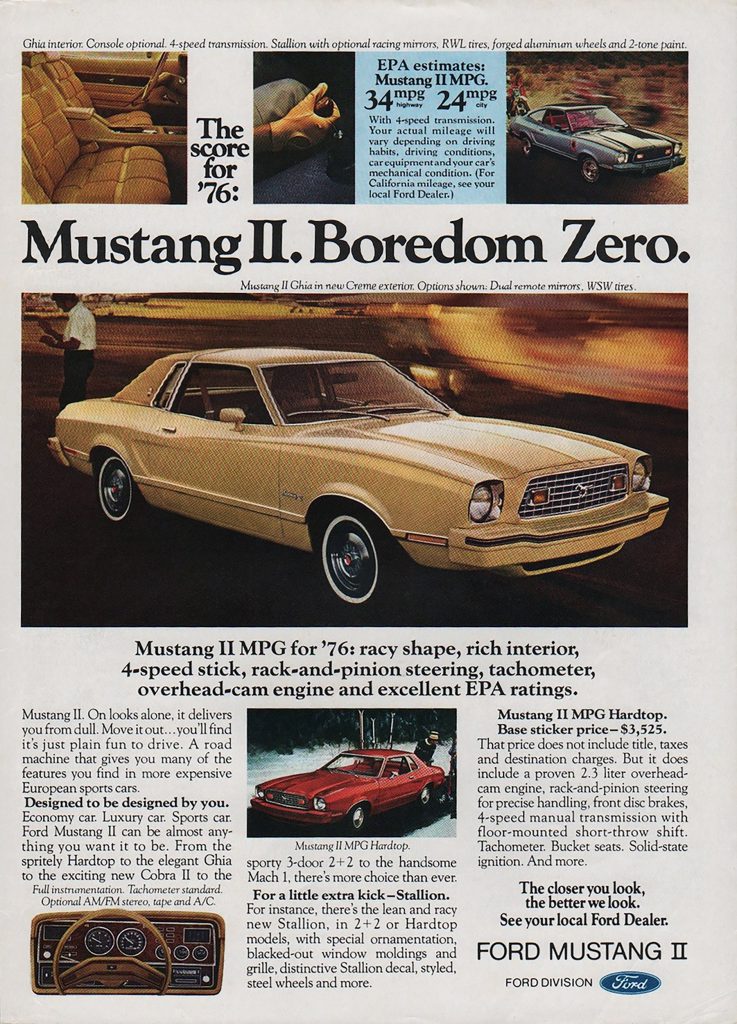 But let’s look at this ad: We’re told right up front that the Mustang II compares favorably to “expensive European sports cars.” The copywriters go on to make that case by noting the available tachometer (tech), the manual transmission (sporty), and even fuel efficiency (very Euro). But the best European touches are the engine displacement reported in liters AND the trim level named for an Italian design house (Ghia).

As for the front disc brakes, those were quite commonplace by 1976.

As for the 2.3-liter engine… well, you can’t make a silk purse out of a sow’s ear. Yes, Ford’s ubiquitous 140-cubic-inch four was indeed of an overhead-cam design, but it was a cranky, slow-revving brute, and in no way sporty in nature. Trust me on this.

But let’s give Ford credit for moxie. In a very popular ad campaign around this same time, Ford boldly compared its Granada compact car to the Mercedes-Benz 280 SE (see below). I probably should have hung that ad in my locker as well. 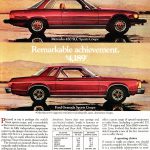 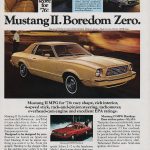 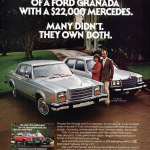