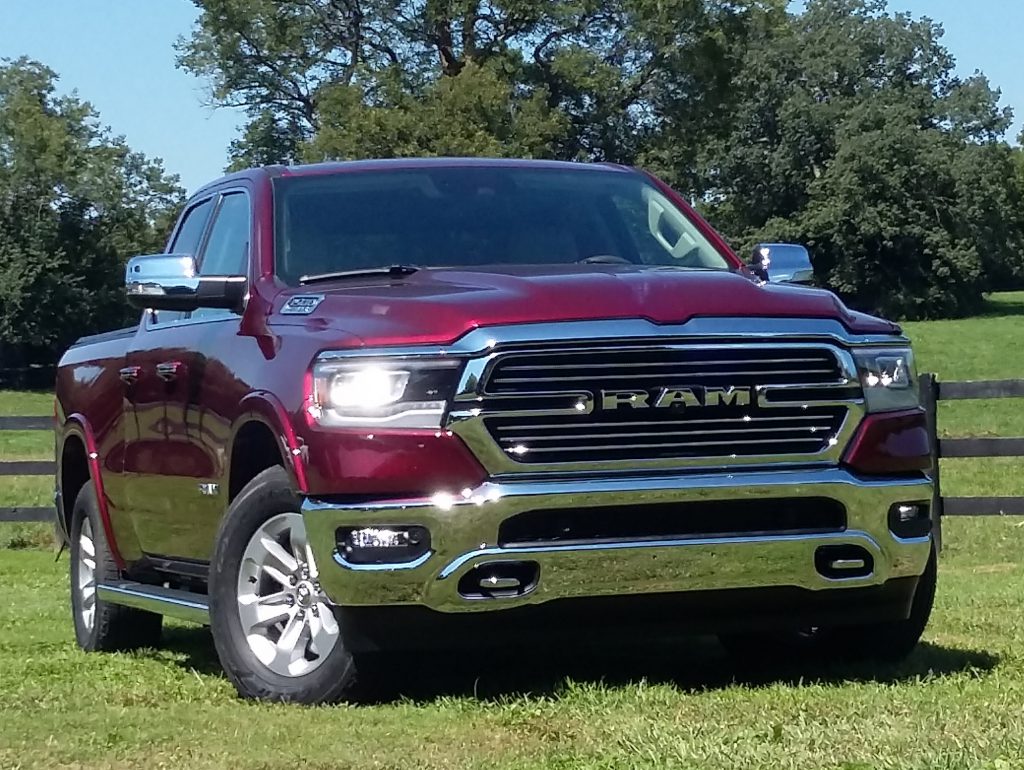 In a quest for better fuel economy in traditionally thirsty trucks, Ram takes a page from the automotive playbook and banks on … a hybrid.

Well, a mild hybrid, actually, and while unique in today’s marketplace, it’s not the first.

Other rivals in the large-pickup class have gone to stop/start capability, cylinder deactivation, turbochargers, diesels, and – soon – even four-cylinder engines to achieve fuel-economy goals, and Ram has tried two of those. It was the first brand to offer a modern turbodiesel in the half-ton segment in 2014, and its current Hemi V8 has long used cylinder deactivation. Now the company is going yet another route … which has been tried before.

During the last two decades, Chevrolet has offered three different hybrid systems on its half-ton pickups, but none were very popular. The first – which was mostly just a stop/start setup – included the added bonus that the motor/generator unit (a motor and a generator are mechanically the same) used for stop/start and recharging the onboard lithium-ion battery could be also used as an independent 2400-watt onboard generator.

A second system – branded “2-Mode Hybrid” — placed two electric motors into the 4-speed automatic transmission’s housing to add power to the wheels, and is the only one of the three that could run solely on electric power – though not very fast, and not for very long.

Thinking about a used Ram? 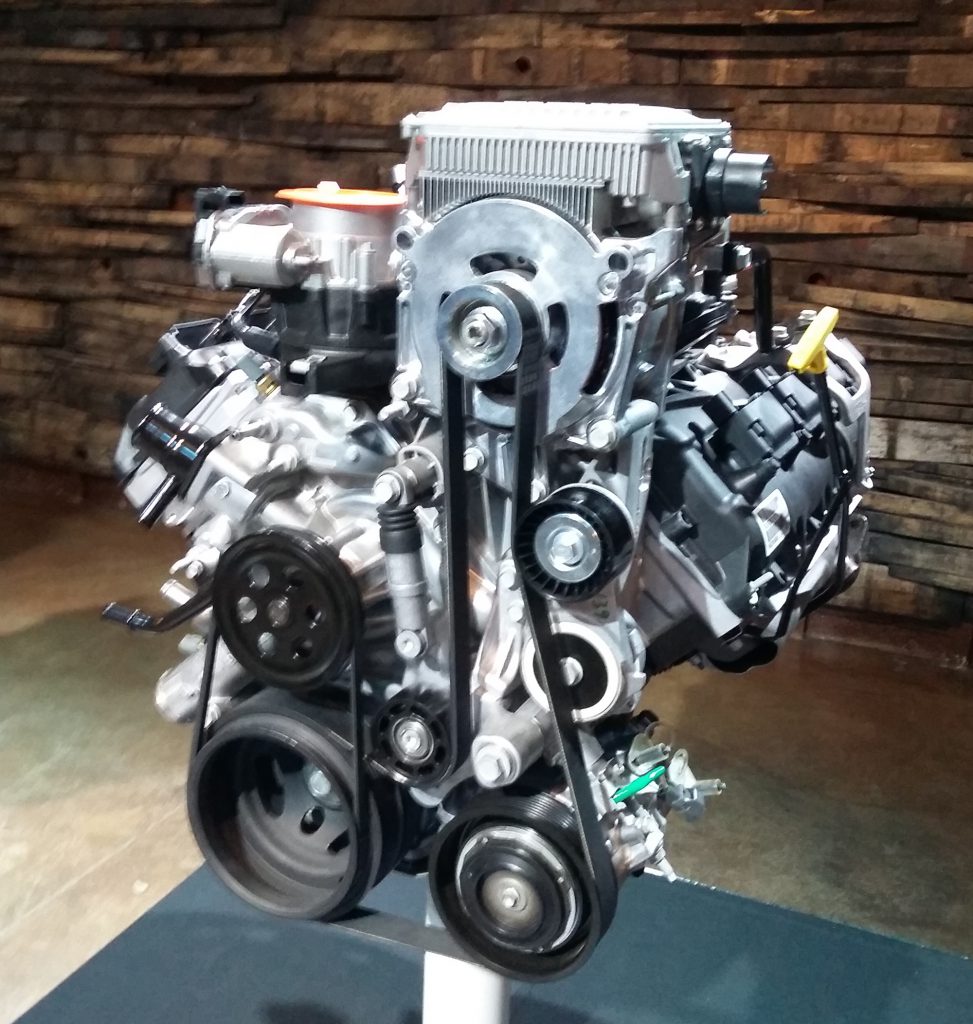 The finned box with pulley on top of the engine is the Hemi V8’s air-cooled eTorque motor/generator, which performs the stop/start function with 130 lb. ft. of torque. It becomes a generator on deceleration to recharge the battery.

Ram’s eTorque system is most like GM’s eAssist in operation, except that it doesn’t feed much power to the crankshaft under acceleration. Its primary purposes are to seamlessly handle the stop/start function – giving the wheels just a bit of a turn as it does — run accessories while the engine is shut off at stops, smooth out shifts both during acceleration and deceleration, and recharge the system’s 48-volt lithium-ion Nickel Manganese Cobalt (NMC)-Graphite battery, mostly during deceleration.

That battery is about the size of a briefcase and is located behind the driver-side rear seat back. Though it’s rated at 430 watt-hours (less than half a kilowatt-hour), Ram says the system only uses 130 watt-hours of it, or about 30 percent of its capacity. (By contrast, the battery in a Toyota Prius is rated at 1.3 kilowatt-hours, or roughly three times the capacity.) The 48-volt battery also recharges the conventional 12-volt battery used to start the engine initially and run vehicle accessories. Note that the eTorque motor/generator can’t be used to start the engine initially if the 12-volt battery or starter motor fails.

From a statistical standpoint, the eTorque system on the Hemi V8 adds about 90 lbs. but accounts for a 2-mpg improvement in the EPA city and combined ratings, 1-mpg in the highway rating. The numbers come out to 17 city/23 highway/19 combined with 2WD, 17/22/19 with 4WD. Ram points out that during a 90-second stop, shutting off the engine saves about 1.7 oz. of fuel, and the eTorque’s battery can run accessories for up to 10 minutes; after that, the gas engine will kick back on.

So how well does it work?

We had the opportunity to drive eTorque models at the press preview in Lexington, KY, and then I drove a non-eTorque Hemi back to Chicago, which made for an interesting comparison. 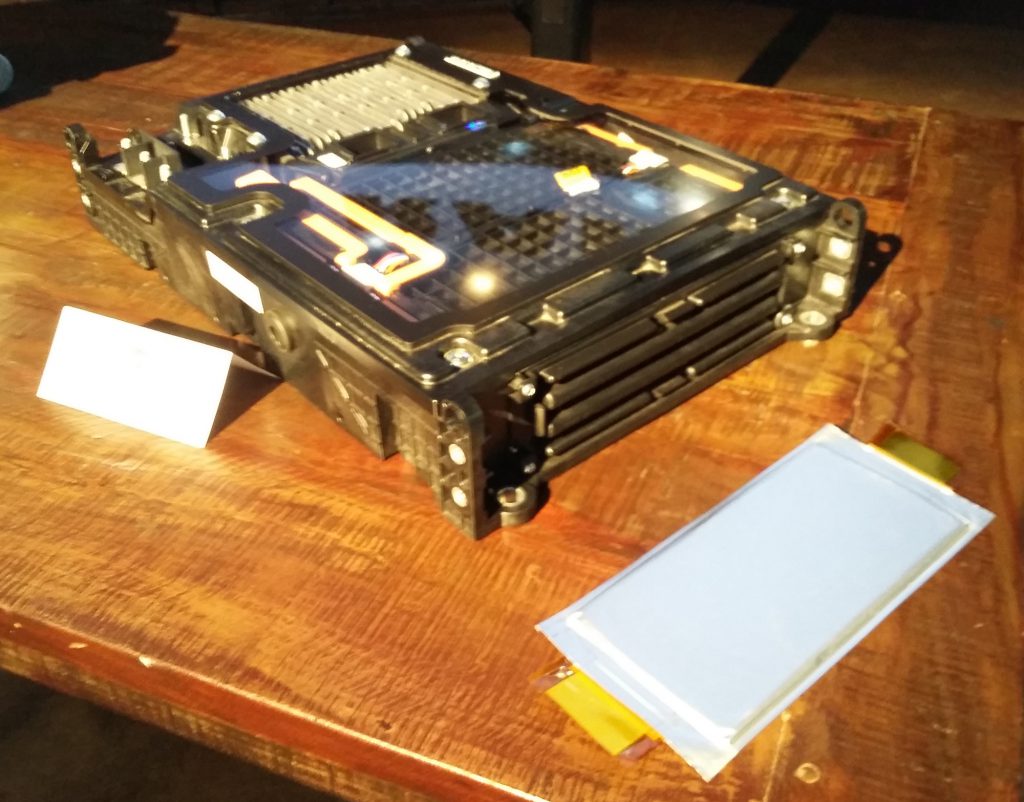 The size of a briefcase, the battery contains numerous cells (an individual one shown bottom right), is fan-cooled, and is positioned on the back wall of the cab.

Ram says the Hemi eTorque motor’s prodigious 130 lb. ft. of torque (which is nearly one-third the peak output of the Hemi engine itself!) can start the engine in less than half a second and begin turning the wheels until it hands off acceleration duties to the engine. Indeed, we found that if flooring the gas from a stop, the eTorque models could chirp their rear tires on takeoff, though the traction-control system would then kick in to cause just a bit of a sag in acceleration before it picked up again. In any event – in terms of acceleration – it felt about the same as the “regular” Ram.

It also seemed that most shifts were smoother – particularly the resulting downshift when the throttle was stabbed at speed – though this isn’t an area in which the regular Ram really suffers. A longer test in our local environs will give us a better idea of whether this really shows itself to be a strength, but at the very least, the eTorque system was largely transparent in normal driving – which can’t be said of all stop/start systems.

Although the eTorque system can send brief bursts of “recharge” power to the battery under different driving conditions, most comes during deceleration. Ram says that lifting off the gas and even a very light press on the brake pedal will activate recharge, which will continue through normal braking; if you really slam on the binders, it’s all brake pads doing the work. 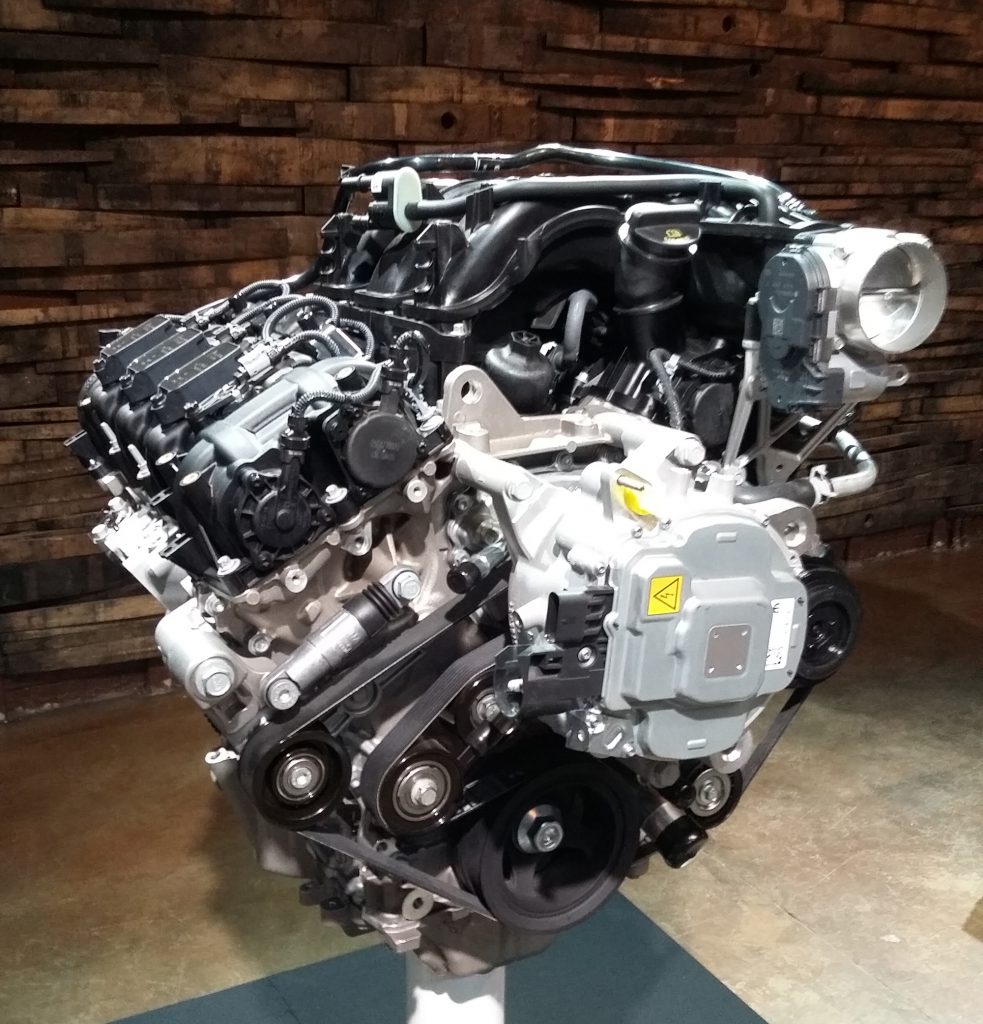 When it arrives later in the year, the 3.6-liter V6 fitted to Rams will come standard with a different eTorque system that will use a water-cooled motor/generator (silver box on front of engine) producing 90 lb. ft. of torque.

On Rams with the Hemi, adding eTorque will cost $1450; when V6 models come out later in the year, a slightly less-powerful eTorque system (putting out 90 lb. ft. of torque) will be standard.

Although eTorque’s benefits aren’t solely measured in fuel economy, the “cost payback” math works out fairly well. Comparing the 17 mpg EPA combined rating of the regular Hemi to the 19 mpg combined of the eTorque Hemi on a vehicle driven 10,000 miles per year on $3/gallon gas, it would take about 7.8 years to payback eTorque’s $1450 cost in fuel savings. And that “payback” time goes down if gas prices go up (which they have a nasty tendency to do).

Ram’s stated goal for eTorque was to improve fuel economy by 10 percent while also improving drivability, all without sacrificing capability. The EPA numbers validate the first, our drive seemed to validate the second, while acceleration and tow ratings validate the third. So while promoting it with the “eTorque” moniker and lofty torque claims would seem a little over-the-top for a glorified stop/start system, this really does far more than most of that ilk, and as such, warrants some special recognition.