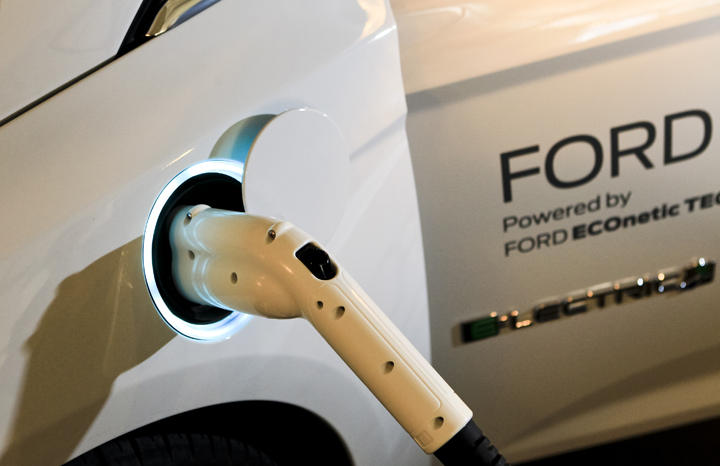 All right, it’s not a gas tank; it’s an energy tank. And sure, it’s more correctly called a battery. But the fact remains, with a 23-kWh capacity, the battery in the 2012 Ford Focus Electric stores only the rough energy equivalent of 90 ounces of gasoline. That’s a little less than three quarts.

I’ll pause while that sinks in. Because if you haven’t spent some time thinking about electric cars and electric-car batteries, that has to sound crazy.

But, it’s all true. According to people who know about such things, a gallon of gas represents about 33 kWh of energy.

So, you ask, how does a car that would normally come equipped with a 12-gallon gas tank get by with less than 1/15th of the energy? The answer is a two-parter:

First, the Focus Electric, on a bad day, is projected to travel no more than 70 miles on a full charge. That’s far less than the 400 miles or so a gasoline version of the car might travel on a full tank of gas.

Secondly, and this is key, an electric motor is substantially better at turning energy into motion than a gasoline engine. It is for this reason that a conventionally powered Focus with an automatic transmission sports a 38-mpg highway rating, while the EPA has rated the Focus Electric at 105 MPGe. The e is for equivalent. All this means is that, according to the Environmental Protection Agency, the Focus Electric uses energy at the same rate as a car that gets 105 mpg.

Here’s some more fun math: For a gas-powered Focus to cover the 70-mile range of its electric brother, it would burn about two gallons of gas—or, at current prices, about $7.50.

Here in Chicago, we pay 9.6 cents for a kilowatt of electricity. So, that same trip in the Focus Electric might set you back about $1.35.

Folks quick to pull out calculators will notice that my math is a little wonky. Here’s why: Lithium-ion batteries such as the one in the Focus Electric don’t last very long if they are fully charged or discharged. To that end, a “fully charged” battery is really only about 80 percent charged, and a fully drained battery is really only about 80 percent drained. Keeping the battery in this electric “comfort zone” goes a long way toward extending its service life.

Knowing that, our theoretical electric gas tank just shrank from 90 ounces to about 50, less than two quarts.

Now, there are all sorts of variables and minutia in this. Charging an electric car isn’t a perfect process, and some energy is lost in the process. Additionally, a gas tank doesn’t shrink (noticeably) when the weather outside turns chilly, but the storage capacity of a battery does—substantially is some cases.

Still, it’s hard to not be impressed by any car that can travel the span of the Golden Gate Bridge 40 times on the electric-energy equivalent of four Bud Light cans full of gas.